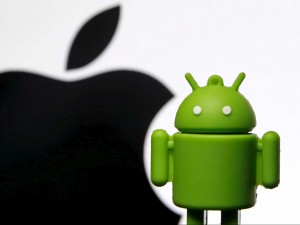 Planning to buy a smartphone? Then, I can say, you are surely thinking about the platform which is trending, iOS or Android!

You may have planned to change your device from Android to iPhone. This is not only you, many people, because of the changing trend.

According to CEO of Apple Tim Cook, in the third quarter of 2015 (July to September), 30% of the Android users shifted to iPhone. Between October and December of the same year, the user shifted from Android to iPhone was the highest in number.

Normal smartphone users may think why the Android users are shifting to iPhone. The iPhone 6 and iPhone 6 plus created increased demand for the iPhone as they are similar to Android in screen size.

Apple released its first iPhone in 2007. But in the beginning, there was a lack of good voice quality, proper data service and third party apps. After a long travel, iPhone is now good in everything, with supreme voice clarity and data quality.

Let’s know the more reasons for why the Android users are switching to iPhone:

Security: When comes to the security, Android is less secure compared to iOS. Hackers are likely to get access to personal details on Android devices. Android bugs are helping the hackers to take the complete control over the Android devices. But Apple never compromises with security.

Privacy: The Apple created a website for the user to explain in detail about protecting the private information. Apple always respects the users’ privacy. But Google has kept it at as a last preference.

Periodic software updates: The latest OS of Android is Marshmallow, which was released in last September 2015, but it has been available for only few Android phones, whereas over 50% of Apple users have updated to latest iOS9 release within few days of the release.

iCloud: This is one of the most important features in Apple for that a large number of Android users are migrating to iPhone. This feature helps the large amount of data storage in a secured manner but the Android is lacking it.

Handoff and Continuity: These are the two distinct features available in iOS and OS X devices. The user can work in one device and continue it in another device. For example, while making a call from iPhone, you can resume it and continue in the Mac device.

Look and feel: Different devices powered by Android OS are different in look and feel, but iPhone has excellent control on the uniform look and feel as well as features

The above things clearly say how Apple is attracting the users to switch to iPhone from Android.