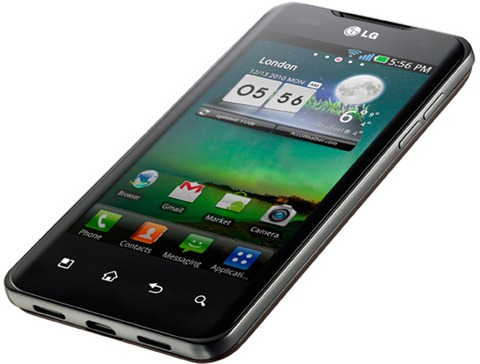 New mobile phones are released all the time, and keeping track of what’s new, what’s hot and what’s not can be complicated. The first quarter of 2013 has seen a lot of new phones launched, some more eagerly awaited than others. Today we’re looking at the crop of latest mobile phones and giving you the low down on what you should go for and what you should avoid. If you’re in the market for something new, then read on to find out which new phone you should go for…

The Best of the Latest Mobile Phones…

By far the biggest release so far in 2013 has been the much anticipated Samsung Galaxy S 4. Hitting retail shelves any day now, we’ve already got specs and listings for this phone. But being anticipated doesn’t necessarily make something good. Fortunately, in this case, Samsung have lived up to their promise. The Samsung Galaxy S 4 is absolutely the best of the latest mobile phones. Coming with an octo-core processor and tons of RAM, it’s fast, powerful and capable of anything. A solid five inch screen has high resolution and loads of PPI (pixels per inch), so it’s a joy to look at. And, of course, it’s fully 4G enabled, has bunches of internal memory, and is as stylish and sleek looking as the Galaxy S 3 and S2 that came before it. However, if you’re already running the Galaxy S 3, you might want to save yourself a little cash and not update just yet. There aren’t a lot of differences between the original and the update, so if you’re not a super-user, then stick with what you’ve got.

There are other stand out releases apart from the Galaxy S 4. The Acer Liquid Z2 is a budget new release, and whilst it lacks the top end features of something like the Galaxy or the iPhone, it comes in at under a hundred pounds and is perfect for the first time smart phone user, or someone who just needs a basic model. It’s fast enough, has enough memory and looks pretty good too.

The CAT B15 is the latest release from survival and rugged phone experts CAT, and it’s a doozy. It’s not for everyone, but if you need something that can be dropped, kicked, sunk and beaten then the CAT B15 will take everything you can throw at it and more. And, unusually for a rugged phone, it’s high on smart phone specs as well. You get a decent sized touch screen, good camera, and a pretty quick processor to boot. If survivalist phones are your thing, then the CAT B15 is top of the line.

The Motorola Razr HD is a good mid-range choice. It comes in far cheaper than the top of the line iPhones and Galaxys, but it’s pretty feature laden. The screen is amazing, and you get a lot of processing power for not too much money. If you want a new Galaxy but can’t afford one, then the Motorola Razr HD is a decent second option.

Finally, the HTC One has been doing big business. It’s the highest specs seen on an HTC phone so far, and whilst it runs in the same price range as an iPhone or Galaxy, it doesn’t quite match up. The specs are good, and it is a decent phone, and if you prefer HTC, then it’s the way to go. We mention it here because it has been a top seller, but you might want to wait a few months until prices go down a little.

And then there are the new releases that you want to avoid. Top of our list is the Nokia Lumia 720. It’s an okay phone, though it is a Windows phone. It’s got a nice screen, a solid build and enough memory. Our problem? It’s little brother, the Nokia Lumia 620 has almost the same specs and is cheaper. You just get a far better deal going with the Lumia 620.

Another disappointment has been the Huawei Ascend W1. Huawei have become famous for giving us top end smart phones for low end prices, but their anxiously awaited foray into the world of Windows phones has been a bit of a let-down. The operating system works fine, and the pricing is right for a budget model. But the battery life is awful and the hand set both looks and feels cheap. Even the screen has noticeable low resolution. We expected a lot better from Huawei, who’ve produced some awesome looking and cheap Android devices, but we’ll avoid the Ascend W1.

Finally, and a little controversially, we’re going with the Blackberry Z10. Yes, it’s a high spec phone, yes, it’s something different (finally) from Blackberry, yes, it’s fully touch screen. It’s even pretty fast and has good internal memory. But the problem here is that it retails for around the same price as the high end Android handsets. And something that many people seem to have forgotten is that the Blackberry RIM operating system is just awful. Compared to the ease of use of Apple’s iOS and Android, Blackberry is clunky, complicated and hard to get your head around. We like that Blackberry has finally abandoned the physical keyboard and given us a touch screen phone, and even a touch screen phone with pretty high specs. What we don’t like is paying the same as we would for a better iPhone or Galaxy to use an operating system that’s difficult, plus a system that doesn’t give us access to the great Apple App Store or Google Play.

Of course, these are just the phones from the first quarter of the year, and there’s plenty more to come. With a couple of new HTC models promised, as well as whatever Apple comes up with for the autumn of 2013, you might want to hold off on your decision for a little while, just to see what’s coming up.

Phil Turner considers getting one of the latest mobile phones for his daughter when she was off to university. He wanted to make sure they got a great deal so he logged onto uSwitch, the online price comparison site, to make sure he was getting the best deal possible.