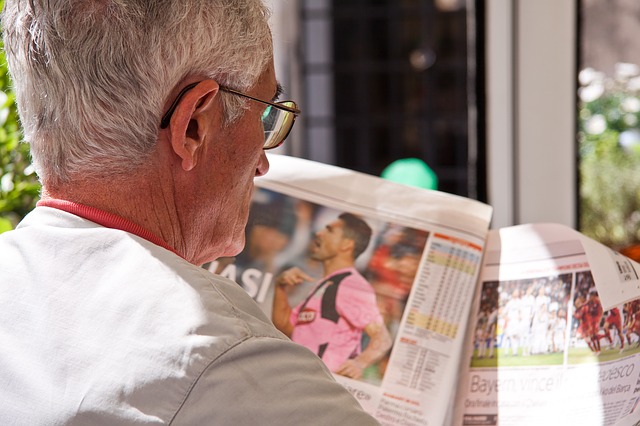 Gray is a color of misconception. A gray day is said to be boring and sad. It is a day that lacks interest or variety. In the urban dictionary a gray person is uneducated and considered a lowlife.

With all these attributions of gray, it is still the color that God or destiny found appropriate to set as a measure of age. Whatever possessed God in heaven to decide that gray was the hair color the mortal would age with and not the hair color he was to be born with.

It is not cool to be gray. Today I thought to share some entrenched misconceptions about gray hair. Whereas some of these misconceptions can cause a laugh, others are frightening. But the misconceptions simply betray a society that refuses to be color blind when it comes to gray hair.

Everyone seems to have developed an app that alerts them on who is graying and who is not. Read the misconceptions about gray hair and see the ones you hold albeit out of ignorance. Above all try and educate yourself.

This is the most popular misconception about gray hair. Whereas it is true that some old people are blessed with gray hair, there is no universally conducted research that has linked gray hair to all senior citizens. As a matter of fact there are many young people with gray hair.

In college I had a friend, Pal who had gray hair and it bothered me why an age mate could begin growing gray hair. On the evening that I noticed the strange condition on my friend I rushed home and asked dad why that was so when our birth certificates indicated that we were only born a month apart. Dad was a dermatologist and so he offered an explanation.

He said that gray hair does not necessarily denote aging and that he knew people who were past 50 but were yet to develop gray hair. The gray hair I had seen on pal’s head was easily noticeable because she had dark hair and it wouldn’t have been the same if she was blonde.

Dad added that Pal’s graying hair could also be explained by the probability that one of her family members, grandpa or even mum might have started graying earlier in life. In short gray hair has a lot to do with genetics whether you are young or old.

This misconception on gray hair is actually so entrenched that when a visiting professor was introduced in our school one student wondered why he had no gray hair and dismissed his qualification right away. How could he claim to be a scientific professor and lack gray hair at the same time?

The most famous image of Albert Einstein that is easily identifiable to most people is the one where he is portrayed with gray hair. Einstein personifies a generation of geniuses that roamed the earth. To portray him with bushy gray hair is to tilt the balance on the hair debate to the gray hair wing.

This misconception on gray hair has actually caused people their lives in some parts of Africa. In the Kenyan coastal town of Kilifi old people with gray hair have been lynched to death on the basis that they are practicing witchcraft or are involved in black magic.

In that town a sanctuary has actually been built where the old with gray hair can live until they die or shift to another town. Some have even been disowned by their own families. This is the worst of the misconceptions. In such a town the community ought to hold an annual gray haired people’s parade.

This last misconception on gray hair is laughable yet so entrenched. My local hairstylist cannot remember the last time she did a hairdo to a gray haired yet most of her clientele are ladies. The reaction of most women after they notice that they are developing gray hair is to buy a hair dye or begin looking around for some do it yourself formulas on how to put their hair back to its original color.

They fail to realize that gray hair can actually be styled up. It can be curled or made in any other way that looks admirable. Come on ladies; its time you climbed the tallest building in your neighborhood and chanted the graying and proud anthem.

So you know the misconceptions on gray hair. Which misconceptions have I left out, is there any you did not know about? Which one surprised you the most and which one are you unwilling to let go anytime soon? Feel free and share your shades of gray.