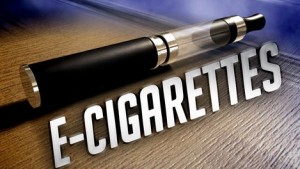 Smoking can be a difficult habit to break. Some smokers may be at the point where they smoke more than one pack of cigarettes each day to satisfy their craving for nicotine. E-cigarettes, however, are changing the delivery method of nicotine, and vaping can help smokers control the amount of nicotine they receive.

E-cigarettes are battery-operated devices that convert liquid nicotine into a vapor users inhale, a process known as vaping. These devices differ from traditional cigarettes in that e-cigarettes don't burn harmful carcinogens or release smoke. Instead, e-cigarettes create a mist or vapor.

The health harm with traditional cigarettes comes mainly from what happens when smokers inhale the chemicals and substances present in the smoke created by burning the cigarette. The carcinogens present in cigarette smoke can lead to certain types of cancer and other diseases.

Eventually, people can switch to nicotine-free cartridges and simply vape for enjoyment without the addictive substances.

E-Cigarettes and Their Influences on Nicotine Control

So what do health experts feel about the use of e-cigarettes? Thomas Eissenberg, co-director of the Center for the Study of Tobacco Products at Virginia Commonwealth University, observes, "Current evidence suggests that there is a potential for smokers to reduce their health risks if electronic cigarettes are used in place of tobacco cigarettes and are considered a step toward ending all tobacco and nicotine use."

Researchers at Queen Mary University of London explain, "Health professionals may consider advising smokers unable or unwilling to quit through other routes to switch to (e-cigarettes) as a safer alternative to smoking and a possible pathway to complete cessation of nicotine use."

E-cigarettes are still relatively new to the public, and research continues to develop on them. Regulatory agencies differ over how strictly e-cigarettes should be regulated, citing the need for studies on the long-term effects and risks of e-cigarette use and nicotine vapor. Indeed, smokers who may be new to the idea of vaping can take advantage of the research that is available on the subject.

Finally, people unfamiliar with vaping should be aware of current restrictions on e-cigarettes that are similar to traditional cigarettes. Vaping users must be 18 â€” or 21 in some states â€” to have or buy them.