Probably one of the worst things that can happen to anyone is wrongful imprisonment for a crime he did not commit. A wrongful conviction, wherein the accused is found guilty of a criminal offense but later proven innocent, is devastatingly tragic because there’s no turning back time for the years spent in jail. Adding insult to an already agonizing injury is the federal statute that awards the wrongfully convicted $50,000 per year of incarceration and $100,000 per year if the person is on death row. 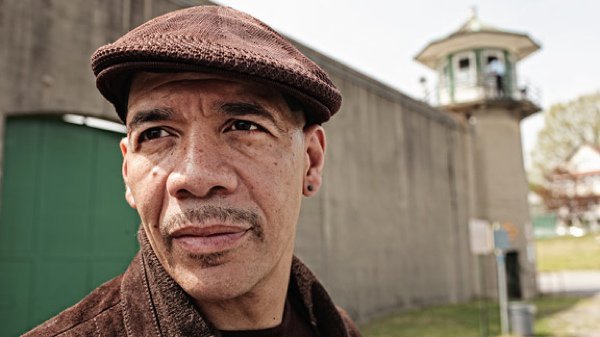 Thankfully, an organization exists whose cause is to exonerate the wrongfully imprisoned through DNA testing. Innocence Project, formed in 1992, has had 344 people exonerated by DNA testing, 20 of them in death row. The National Registry of Exonerations counts 1,894 wrongly convicted people released since 1989, through DNA and non-DNA evidence.

There can be no worst wrongful imprisonment case, if the affected ones and their families are asked. Each case that puts an innocent man in jail can never be justified. Nevertheless, here are more recent exonerations of wrongful conviction cases that cost these innocent people more than 20 years of their could-have-been productive lives in prison.

Twenty-year old Anthony Wright of Philadelphia, Pennsylvania was convicted in 1993 and sentenced to life without parole for the murder, rape and robbery of 77-year old Louise Talley. He was exonerated in August 2016 and released the following month. The arrest was based on the false statements of four people. Wright confessed but later said he was threatened with assault and rape if he didn’t do so.

In 2005, Wright requested for DNA testing of the blood and semen on the clothes worn by Talley at the time of the murder. The Supreme Court allowed it, reversing the county court’s and Philadelphia superior court’s denials. The tests proved negative for Wright’s DNA. He was subsequently tried again, acquitted and released after 23 years of incarceration.

On April 7, 1989, Johnny Small, then 15, was convicted of murder and robbery of Pamela Dreher, a fish pet store owner. He was sentenced to life imprisonment after the trial in New Hanover, North Carolina. In 2012, the prosecution’s star witness recanted his testimony, alleging he had been pressured to implicate Small by the lead detective and his grandfather, a former police officer. He came forward because the stress of his false testimony was giving him health problems.

No DNA testing was done in the retrial but the statements of prosecution’s witnesses were all proven false. Small had been locked up in prison for 27 years before he was proven innocent.

Debra Milke of Maricopa, Arizona was then a 25-year old newly divorced mother to Christopher, then four. She was sentenced to death for the murder and kidnapping of her son in 1989 and sent to prison the following year. A family friend and another man were also convicted and sentenced to death.

Milke’s conviction was largely based on the testimony of a police officer who had a record of several cases of misconduct and there was impeachable evidence against him. Researchers, attorneys and investigators worked for four years before the Supreme Court reversed the conviction and released Milke after 26 years of wrongful imprisonment. A skilled and experienced criminal defense attorney knows that a thorough and microscopic investigation of all pieces of evidence can prove innocence even without DNA testing.

A tragic case of an innocent man who was convicted and exonerated is William Lopez of Brooklyn, New York. Three days after filing a lawsuit for compensation of his wrongful conviction, he died of a fatal heart attack at the age of 55. Sentenced to 25 to life for the murder and robbery of a suspected drug dealer in 1989, he was finally exonerated after 23 years of imprisonment. This month, his wife and daughter settled for $8.25 million to be divided equally between them. Lopez never got to live the life he was looking forward to.

Mark Maxson was sentenced to life without parole in 1994 for the murder and rape of a six-year old boy. Maxson, from Cook County, Illinois, was then 31 years old. His conviction was based on a confession he didn’t sign and a later confession done under duress. Although blood and hair found at the scene did not match the victim’s or Maxson’s, he was still found guilty. In 2015, his lawyers asked for DNA testing of physical specimen found on the boy’s clothing. Results showed that the DNA belonged to another convict who had been released. The murderer admitted to the crime and Maxson was released in September 2016. His lawsuit against the city of Chicago is pending.