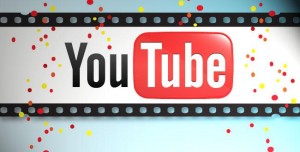 The typical image of regular YouTubers in the eyes of people is that they are computer geeks packed in their rooms with a PC or tablet. They rarely socialize with people or maybe they are not the kind of personality that people want to have a friendship with.

Part of this perception is associated with the type of content available on YouTube. Majority of the people perceive YouTube only as a source of entertainment which not always true. People think YouTube as a platform where they can watch the movies, video songs or TV episodes.

In short, YouTube is considered a time wasters. However, this is just a myth that has nothing to do with the reality.

In this article, I have debunked the 4 popular myths about YouTube. Let’s discuss them one-by-one:

Talking about American and British users, the statistics indicate that senior and middle age people are using YouTube more than the youngsters. The majority of YouTube users are over the age of 60 in America. According to Reel SEO, there are over 38.7 million of users between the ages of 18-34, while there are 34.2 million of users that come fall under the age range of 35-49.

On the other hand, there are approximately 25.7 million of users who befit between the age group of 50-64, while the figure of users that fall between 10.9 million exceed from 10.9 million. These figures are enough to prove that YouTubers belong to senior breed of citizens.

YouTube is abundant with users that constitute a 128.2 million of monthly visitors. All these YouTube users belong to different age groups, socioeconomic classes and nationalities. Considering the quantity and diversity of the users available on this video-sharing website, it goes without saying that YouTube is a potential platform to promote your business.

When you hear about YouTube, you instantly think of it as a video-sharing website where you can watch a movie of your favorite movie star or play the latest music videos of your beloved musician. However, there is more to YouTube than just these doses of entertainment.

YouTube is abundant with number of DIY channels featuring everything from preparing the cereal and making a coffee to repairing a hard drive and fixing a drain pipe. There are also plenty of educational channels available on YouTube that you can subscribe to take online lectures of your favorite subject.

Contrary to the popular belief, YouTube allows freedom of expression in the form of art. However, the website places restrictions over the use of content and categorize it according to the age of audience. So you can publish any type of content on the website after setting the category for the type of audience.

The aforementioned are 4 of the myths about YouTube that this article seeks to debunk. If you know any more myths about this website, let us know the comments section.

laurenebsary is author at LeraBlog. The author's views are entirely their own and may not reflect the views and opinions of LeraBlog staff.