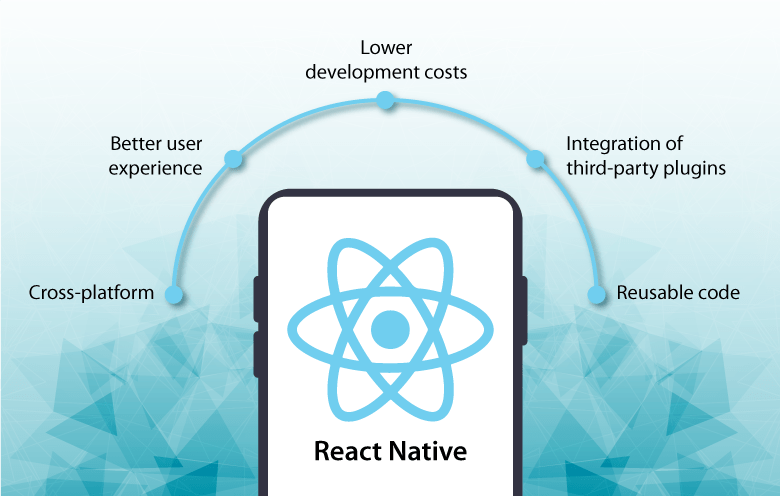 In 2015, Facebook released React Native, a cross-platform framework. It’s a free JavaScript library for developing reliable mobile apps. Developers appreciate React Native because of its common codebase, dependability, and native-like performance, while clients enjoy it because of its speed and cost-effectiveness.

Some well-known firms, such as Discord, UberEats, Wix, Tesla, and Instagram, have adopted it to power their digital products because of its dependability and simplicity. The engineering team at Walmart even produced a Medium post about why they picked React Native over native technologies.

There are five reasons why React Native is the finest framework for mobile app development in 2023.

JavaScript, a well-known and widely utilized programming language, is used in React Native. If you adopt this framework, you won’t have to look for developers who can code in numerous languages. Simply seek someone who has worked with JavaScript before. React Native will also convert your JavaScript code into native code. It will save your setup time in terms of testing and feedback.

This is what distinguishes React Native. Cordova, Ionic, and Titanium simply simulate browser environments but React Natives uses native API. It’s like a chameleon attempting to emulate nature but failing miserably. As a consequence, the interface will look, scroll, and work in the same way as a native iOS or Android interface would. This endeavor, on the other hand, needs the expertise and knowledge of a premier React Native development firm.

React Native’s code is shared across operating systems to the tune of 65–70%. What does this mean for your business? To put it another way, it accelerates and reduces the cost of the entire development process.

To begin, native development often requires two separate teams, one working on an iOS app and the other on an Android app. Because React Native allows you to utilize the same codebase for both Android and iOS apps, you won’t need to hire two different teams to create them. Second, a common codebase, in our experience, decreases the number of flaws and mistakes that might emerge during development. It indicates that you won’t be calling your developers in the middle of the night to seek a fix. Instead, you might utilize this time to plan out the marketing and other critical activities for your business.

The core of React Native is the community. It’s been on the market for five years and has a sizable and active developer community. If you’re having trouble building an app, simply go to a professional forum and ask your question; you’ll almost surely get a response immediately. On GitHub, for example, there is a big React Native community where individuals share their secrets and knowledge. In addition, the React Native support team is always striving to enhance and extend the framework so that developers may create incredible React Native mobile apps.

Another benefit of React Native is that it eliminates the need to restart an app when making minor changes to the user interface. You may utilize Hot Reload to make immediate corrections. Simply use a command to refresh the page, just like you would in your browser, and voilà! When it comes to building an MVP, time is of the essence, and Hot Reload makes the process a lot easier.

Many businesses have relied on this framework to create world-class apps. Join forces with skilled React Native developers from a reputable firm like Soft Suave to dramatically reduce time, money, and employee resources. Get a free quotation if you need to know how much your app development will cost. You may also speak with specialists to clear up any issues or questions you may have.

Lisa Baker is author at LeraBlog. The author's views are entirely their own and may not reflect the views and opinions of LeraBlog staff.