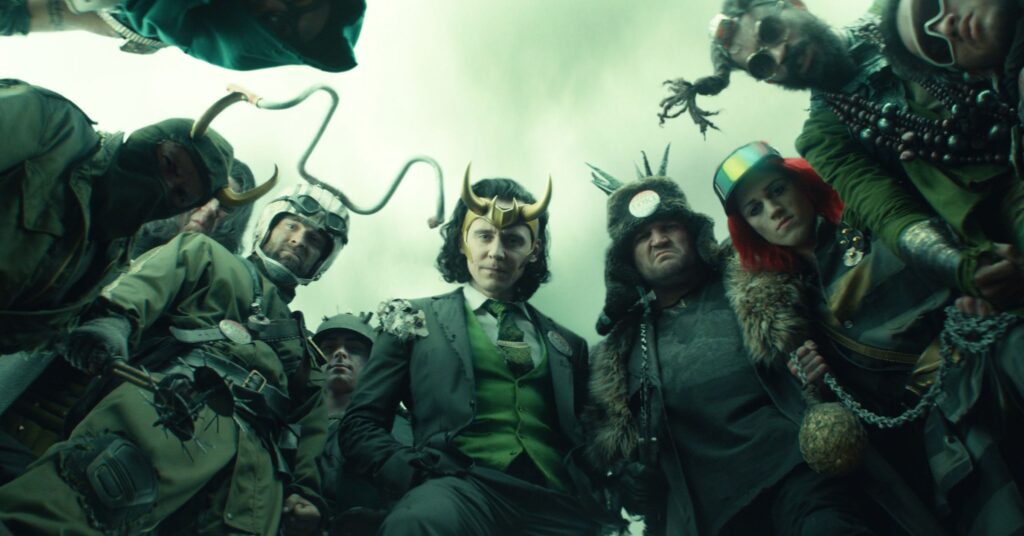 Nobody knew quite what to expect from Disney’s live-action “Loki” television series before the first episode aired. The character, as played brilliantly by Tom Hiddleston, is beloved by audiences despite technically being a villain. He’s so pompous and funny that it’s impossible not to love him, and in the later “Avengers” movies, he becomes a begrudging force for good. However, the television show took off in a different direction by plucking Loki from the Marvel timeline before he “turned good,” which led viewers to believe that we’d get a villainous Loki. Instead, we got anything but.

It’s not without reason that so many viewers have compared the first season of “Loki,” which aired its final episode last week, with the BBC’s much-loved science fiction series “Doctor Who.” Some of those comparisons were unfavourable, but most people who’ve seen both shows felt like “Loki” was akin to a loving tribute to the British show played out with a much larger budget. There were “Time Keepers” rather than “Time Lords,” but the structure of a show that’s about time travel starring a main character cheekily rebelling against authoritarian structures was very familiar.

We already knew how good Tim Hiddleston was as Loki. What we weren’t prepared for was quite how good the various other “Lokis” would turn out to be. In a multiverse of endless possibilities and variants, we got to see several other actors (and one alligator) take on the Loki role. Richard E Grant deserves singular praise for his role as an older Loki. He gave us a compelling and powerful conjurer who ultimately saw the light and gave his life to “our” Loki would have the chance to escape from the void (another idea “borrowed” from “Doctor Who”), but of all the other Lokis we saw, we loved Sylvie the best. Sophia Di Martino wasn’t a household name before she took on the role of a female Loki, but she’s about to become one now. So convincing was she in the part that we all bought into her character’s kiss with Hiddleston’s Loki even though the character was basically kissing themselves. When you stop to think about it for a moment, it’s actually quite disgusting. It’s not surprising that a handful of fans felt that this was a step too far.

When the credits finished rolling on the last episode, we found out that there will be a second season of Loki at some point in the future. Given the expense and complication that comes with making any television show of this magnitude, we don’t expect that season to arrive any time soon. 2022 would be too early. 2023 is barely plausible, so it wouldn’t necessarily be a surprise to see it arrive in 2024. When it does land, we can rest reasonably assured that the will-they won’t-they romance between Loki and Sylvie will be a major theme whether fans want it to be or not. What we’re less sure of is what else we might be in store for. We’ve already delved into spoiler territory during this review, but we’re about to go even deeper. You have been warned!

The big reveal in episode six was that the entire Time Agency and all the Time Keepers are under the control of “He Who Remains,” a character who hardcore Marvel fans know better as “Kang The Conqueror.” This version of Kang was more civil and less monstrous than fans might have expected him to be, but that was the point of the character. He was one of millions of variants of Kang and warned Sylvie that if she killed him, far worse versions of him were likely to break into the timeline. Sylvie killed him anyway. That shattered the “sacred timeline” into millions of branches and pieces, resulting in Loki crashing into a reality where there’s a statue of Kang inside the Time Agency’s HQ, and Mobius no longer knows who he is. As cliffhangers go, it was a big one.

It’s now obvious that this whole season has been a way to open up the long-rumoured Marvel multiverse, with endless different realities and universes colliding together. The title of the forthcoming Doctor Strange movie “Doctor Strange in the Multiverse of Madness” makes a lot more sense now. “Ant-Man and the Wasp: Quantumania,” which is scheduled for 2023, would appear to be connected to this new narrative, too. We can probably expect every Marvel show and film for the next two or three years to connect to this major plot revelation as Marvel moves ahead into a new era.

We might know what a multiverse is in principle, but we don’t know what it will look like in Marvel’s hands. In essence, hundreds of millions of universes mean hundreds of millions of possibilities, each delivered at random like the many possible winning combinations you’ll find in an online slots game. It’s a reasonable comparison to make, as Marvel once operated a wide range of popular online slots based on their characters until Disney got involved and decided that wasn’t something they wanted their name connected to. Might Marvel give us dozens of versions of the same character at once, as they did with “Loki?” Could they focus on “new” versions of our favourite characters and their adventures in parallel universes we’ve never seen before? That might not be such a popular idea with fans, but it’s possible.

Selfishly, we have one great hope for the Marvel multiverse. Recently, we’ve watched and enjoyed the new “Black Widow” movie with Scarlett Johansson. There’s another spoiler coming here if you haven’t seen that film, so stop reading now if you don’t want to see it. After the movie ends, we a scene with Natasha’s sister standing by her grave, mourning her loss. We always felt that the character of Black Widow was done dirty by “Avengers: Endgame” and deserved a far better fate than the one she got. The emergence of a wide-open multiverse means there are canon universes out there where Natasha didn’t die. If Marvel could find a way to give us “Black Widow” back and make her part of the “prime” universe, we’d be very grateful. We’re sure many fans feel the same!