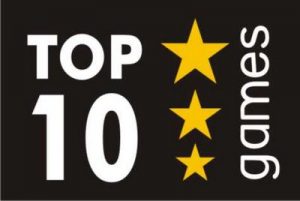 WHAT ARE ONLINE GAMES?

Online games can be played anywhere and on various platforms such as personal computers, consoles, and mobile devices. While some online games are simply text-based, the more complex ones range from video games to those played on virtual consoles.

CAN GAMES BE REWARDING?

Yes, they can! There are many websites that reward participant for playing games. Some give rewards for winning tournaments, earning a certain score, reaching a pre-determined level or simply for trying out new games. Then there are games where you can play and win real money and you need is luck and skill. Overall, the online gaming industry can be a rewarding place.

The rewards offered by these online games range from gift cards, tokens, free products or cash prizes which are often deposited the gamer’s PayPal account.

10 ONLINE GAMES THAT ARE REWARDING

This is arguably the most rewarding online game. For now, it is only open to people resident in the United States, United Kingdom, and Canada. It, not only rewards players for winning games, it also pays members for various activities like online shopping, taking surveys, trying out products and reading emails. Other ways participants are rewarded include visiting websites.

It is important to note that most of the opportunities on this website are made available by third parties. A user may need to sign up for these third party websites before the tasks can be accessed.

According to users, taking surveys is the least lucrative activity on QuickRewards, while playing the online games is among the highest paying offers.

This is an RPG [Role Playing Game] where multiple users can explore the Martian, form alliance while combating enemies. In the course of the game. Players are rewarded with Mars Dollars [MD] when engaging in activities like searching ruins, mining volcanos and attacking enemies.

The earned MDs can be used to things in the game like armor, weapons and other war essentials.

In reality, the MDs can be exchanged for cash. When a player signs up, he gets free 5000 MD. The minimum amount that can be cashed out is about 300,000MD, equivalent to US$20.

This is a very popular online-gaming community. Members are encouraged to get free tokens after registration, which can later be used to participate in various fun-filled games. Player has unlimited chances to participate in the games and there could be as much as $10,000 available to be won.

In this game, players can register for free, play free games to earn tokens. These free tokens can be exchanged for cash prizes. The games are won by chance, not by expertise. The developers claim that they pay out an average of $1000 daily. Members can earn more than $8 daily.

This is a gaming platform that offers varieties of free competition and games where a participant can earn tokens or be rewarded with cash. Gift cards and other cash prizes can also be won. It is multiplayer-based where members can compete among themselves for rewards. Users have to deposit money before they are eligible to participate. In GSN the reward system is strategized in a way that members look forward to playing online games for cash prizes.

Developed in the early 2000’s, is one of the most popular platforms for online-based virtual games. It offers multiplayer games where a significant amount of money can be made by the players if he sells real estate, fashion items and other goods in the game.

Players trade with the virtual SecondLife Currency [called Linden] which can be exchanged with real life currencies such as the US Dollar, British Pounds or the Indian Rupee.

Asides the monetary rewards, SecondLife is a platform that allows players display their ability for creating a simulation of the kind of success-filled environment they are otherwise unable to create in the real world.

Daily games are conducted where members compete within themselves. At the end of each day, 50 winners are selected. There is also a reward of 10 points for every referral. The points can be exchanged for cash as deemed fit by the participant.

Just like most online games, UniqueRewards have various rewarding tasks, but the most profitable are the online games. Established in 2003, it is only available for US residents. It is different in a way that it does not offer tokens or gift cards as rewards like other online games. It only offers cash payouts to its members.

Basically, Swagbucks is a search engine that rewards its users with “swag bucks”. While there are many other beneficial ways to use the platform, game playing pays off the most. There are several games like word games and arcade where members can earn money when they win. The more the member engages in the games, the more he earns swag bucks. These can be converted into Amazon gift cards or cash, payable into the member’s PayPal account.

Members choose from dozens of games types ranging from word games. Arcades, card, strategy and sports games. Interested persons can set up a free Cash Games account are rewarded with $10 to get them started. When they sign up for other membership types, a cash prize of $5 is given.

In addition to these, members are rewarded with 18% cash back if money is spent on buying token packs on GSN. All online games on InboxDollars are powered by GSN. So far the InboxDollars claim to have member more than $40, Million in Cash and Prizes.

While the rewards are quite tempting to many users out there, those who are new to this should definitely do research prior to engaging in these activities. Reading reviews, checking forums and reading experiences of other people who have tried money sites would help you understand and differ legit sites and fake ones. There are harmful fake sites who can take advantage of your identity or your finances, so beware of those. And then there are also those slightly less evil, who will only make you waste your time without paying you.