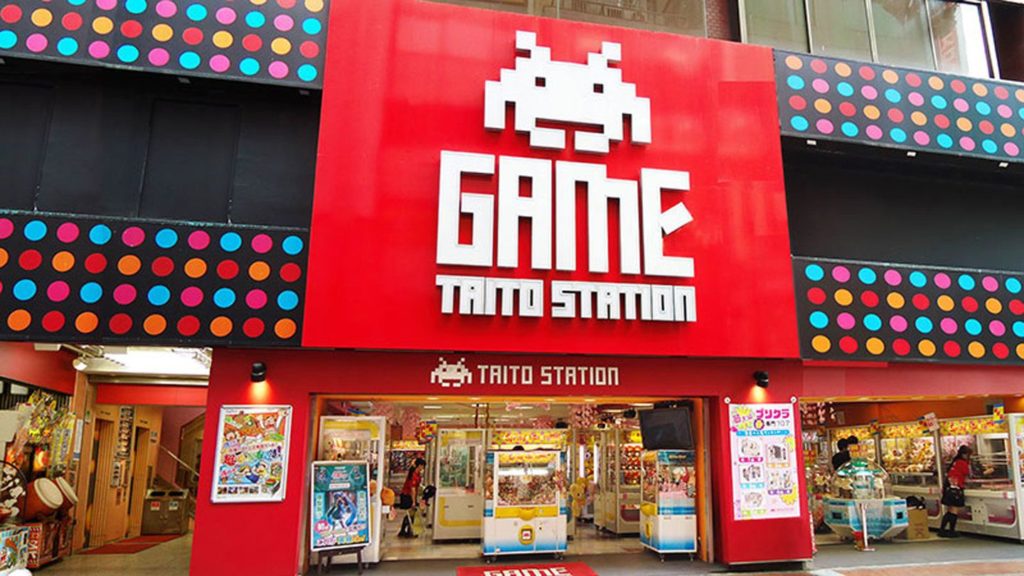 For a long time, especially in the 80s and 90s, the name Taito meant incredible successes both with their arcade games and thanks to the porting to home platforms that were computers or consoles.

Founded in 1953 in Tokyo, the company initially dealt with importing and selling vending machines, then went on to produce music jukeboxes and in the sixties decided to start developing a series of pinball machines and electromechanical games. It was only in 1973, however, that they began to produce arcade video games, an activity that became their core business and with which they transformed themselves into a company of international renown. The company’s game designer, Toshihiro Nishikado, starting from the Taito’s own electromechanical game called Space Monsters of 1972, created Space Invaders, undoubtedly the most famous game of the company and still seen today as one of the symbols of the videogame medium itself. The success of Space Invaders was such that in 1979 Taito opened a branch in America, the Taito America Corporation, to distribute video games in North America and from there opened a road of resounding success for a few decades.

The list of titles that led to the international success of the Japanese software house would be really long. Probably if you chose randomly in the list of Taito productions in the last 20 years of the last millennium, guessing a best seller would be an almost certain winning bet even without casino codes and not needing to go back in time to Space Invaders.

With joy then, old and new gamers have greeted the return of Taito and the imminent arrival of “new” chapters of two beloved series such as Ninja Warriors and Bubble Bobble.

The first to arrive will be The Ninja Saviors: Return of the Warriors, released simultaneously on both Playstation 4 and Nintendo Switch. It’s a remake of The Ninja Warriors, a classic 2D side-scrolling fighting game, originally released as a coin-op and then transposed on various platforms including the Super Nintendo.  The latest version of the game has new graphics, two new playable characters, a rearranged soundtrack and many more features to discover.

Later on, it’s the turn of Bubble Bobble 4 Friends to be released, this time exclusively on Nintendo Switch. The video game, while maintaining the dynamics of the first still beloved chapter of the series, will be pleasantly enriched by a very nice new set of graphics and will expand from two to four the number of players who can work together to advance in the many new levels included.

So, what to expect from Taito after these two interesting projects? It’s hard to say with certainty, given the wide choice, even if the already mentioned Space Invaders, which has long been rumored to be made into a film adaptation, could be at the top of the list of upcoming remakes.

We also shouldn’t underestimate the various Bubble Bobble evolutions that we have witnessed over the years: we are particularly referring to Rainbow Islands and to Puzzle Bobble, a game that opened a real new genre of games during the 90s. On the other hand, it would be hard to imagine an Arkanoid-related project because of a gameplay that would be more affected by the weight of the years compared to all the other productions listed so far.

It’s also quite unlikely that Taito could introduce another soccer video game despite their mid-80s Kick and Run that got a resounding success in the same period of the 1986 World Cup held in Mexico.

It would be much easier to resume a series like Operation Wolf, forerunner par excellence of the rail shooter subgenre and maybe bring it in the virtual reality environment of Playstation VR. Another title that has basically given rise to a genre of its own is Rastan Saga, defined as an old style hack ‘n’ slash with an aesthetic strongly derived from the film version of Conan the Barbarian played by Arnold Schwarzenegger.

We have really just mentioned a limited number of Taito-signed productions as the Japanese software house is accredited with more than 500 video game creations. For lovers of history, the first productions are dated 1973. Four (Davis Cup, Pro Hockey, Soccer and Elepong) are all variations (not to say clones) of another fundamental title in the history of video games: Pong. Also 1973 marks the creation of Astro Race, a space racing game (the first in history) where the objective of the game is to avoid asteroids.