It never rains in Stormwind. Nor so much in its vicinity: there it is quite common to find the odd shower while you walk. But when you walk the stone path that connects Goldentown to the capital of the kingdom of Azeroth, it is as if the presence of the latter is stronger than inclement weather. When crossing its gate, it always clears: the rain gives way to a soft sun that makes the view seem a little more dignified, more noble, more from another world.

Right now, in August 2020, I know perfectly well that this is an added element to the game’s programming. Ten years or more ago, it just seemed like magic to me. Me now – Paula of the past never ceased to feel overwhelmed, from the first time she set foot in the city to the last, by that way in which the sound of the drops of water against the stone gives way to something else. I shouldn’t have been the only one to have this memory stuck in the heart because, when I started my game in WoW Classic, I appeared next to a handful of players who were commenting animatedly on this very thing: the way in which it is a little hopeful know that no matter what happens, and even if darker times come, in Stormwind the sun will always shine.

When creating my character, I did not keep the name I used in the past because it was a joke in bad taste that did not survive even by accident to the current standards, but one thing was clear: it would be Alliance, human, paladin. It seemed important to me that my WoW Classic virtual self was made in the image and likeness of the first one that I used many years ago, even if that meant wasting long minutes trying, to barely remember what hairstyle I used. I guess if I was going to embark on this nostalgia trip, I had to do it with all the laws in mind. 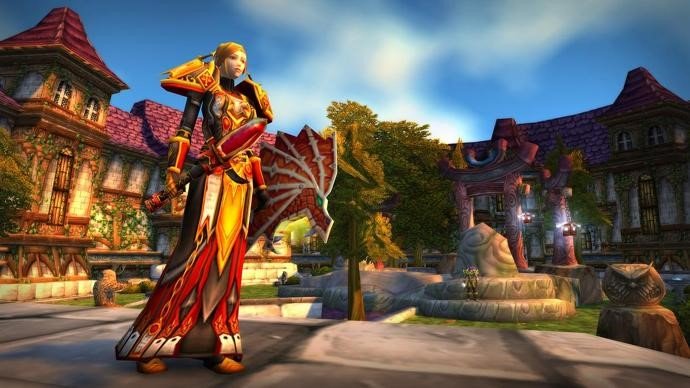 While creating the character, I was shocked for the first time, by the awareness of something. I had never thought, until then, that my memories of those days when I ran home from high school, threw my backpack on the floor of my room, and turned on World of Warcraft to play until the late hours – had already turned to nostalgia. What my head tends to understand as “nostalgia” are the stories about waiting for the Spectrum games to load, receiving a Game Boy as a communion gift, or taking the twelve Hercules Trials to hear that new punk album from the band.

I had never evoked nostalgia as something like a Thursday, Friday afternoon on the other end of the phone – there were already online call systems – until I heard the voice of the World of Warcraft narrator again telling me a story that I already knew with that hint in the intonation, with that tone so characteristic of an adult battlefield. I spent months secretly playing at night to level up a character so that my first boyfriend could play raids with me; that time when I liked a boy and I stopped liking him because of the way he treated other characters online.

For a large part of the generation of the nineties – those who were born in the nineties, not necessarily those who lived through them – many of the anecdotes that we will tell our children, our grandchildren or young people, come from the hand of patios and virtual playgrounds that can no longer be touched.

I understand that, although sometimes we forget, the concept of nostalgia is not static but malleable and it is transformed daily. I’d like to say that it has something to do with historic preservation, but we all know that it would be, at the very least, a white lie – because if players have been claiming that WoW Classic can be played year after year while the game has been transforming, it is because of nostalgia, because of the sudden awareness: it is our adolescence game, it’s a place we can’t go back. I can go back to playing Tetris or Pokémon Blue or Minish Cap or that Hamtaro game on the Game Boy Advance, but World of Warcraft is an abstract, something that I will always keep memories of but that is not within my power to revisit as an adult. 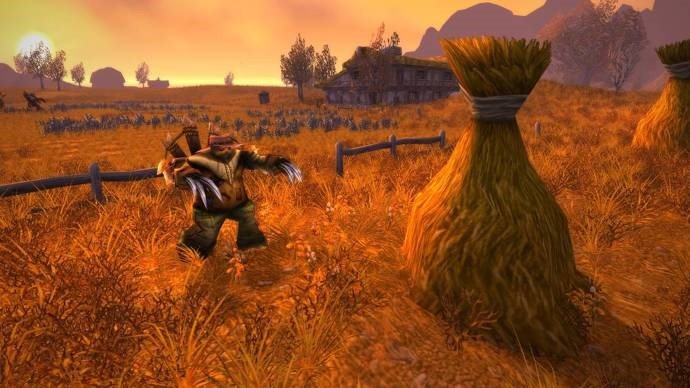 And the funny thing is that precisely what made World of Warcraft pivotal at twelve, thirteen, fourteen years old is also the reason why I can no longer come back to it. We liked WoW because it was an online game, one that left an open world in our hands and a lot of possibilities, infinite space to create stories in it – a world of eternal dialogue, both with the game and with its players, which at the same time served as an immeasurable challenge while sitting on a bench in the park with friends. Its universe is deep enough, and its RPG elements complex enough that we can spend hundreds and hundreds of hours discussing strategies and possibilities for our characters; and simultaneously, the hours went by doing absolutely nothing, sitting in the middle of the road.

Also, for this reason, World of Warcraft has always been a place in eternal change. It is true that it is not the first GaaS (Game as a Service) that existed, not even the first online multiplayer, but in addition to its longevity, we must at least acknowledge that it is the first to acquire such notorious popularity as to condition everything that came after. In 2004, when we conquered the four kingdoms for the first time, our general concept of a game was radically different from what was presented here.

Now we are more than used to this, knowing that patches and improvements are the norms and that a video game we play now may have turned into something totally different a year later. But World of Warcraft was the first title that made me understand that, in the world of constantly changing and updated games, life does not stop making its way when you are not there. And precisely for this reason, from a certain point on, going back to playing a game that I once adored, was considered impossible for me: the WoW that exists right now – the “retail” version, as the fans call it now – is exactly the game I loved, and at the same time it’s not at all anymore.

Until a few days ago, I thought of World of Warcraft in the same way that I think of the first bar I went out to party at. That bar is now closed, and I won’t be able to go back anymore, and being totally sincere, it is frankly difficult to accept the fact that it no longer exists and this saddens me. Because, at the moment of truth, what tied me to that place was all context: not the place, nor its characteristics, but the things that happened there. Those things, as time passes by, I won’t be able to live them again. Similar to that place, and in the same way, World of Warcraft, has also changed and evolved after I left it: it does not necessarily disappear but becomes something else.

Last Thursday I returned to Stormwind as if not a single day had passed. And I confess that I took a deep breath as if coming home after a very long journey. Going back to a place that you thought you would no longer be able to get in is a bit strange. I appeared in Villadorada at the same time as a dozen other players; a lot of characters crowding around the first NPC that gives you the initial missions. If all that seemed more beautiful than what I remembered, it is not because of love, I think, but because it is the first time that I enter this universe with a computer that allows me to buy WOW classic gold, change windows and listen to music simultaneously without collapsing. I looked at the game with new eyes and what I saw made me feel tiny, disarmed in an unexpected way: I, who came perfectly mentalized to assimilate that perhaps something that I have loved madly was not really that good game anymore; I find myself same with eyes a little wet when I see that place so absolutely full of life, yet different. 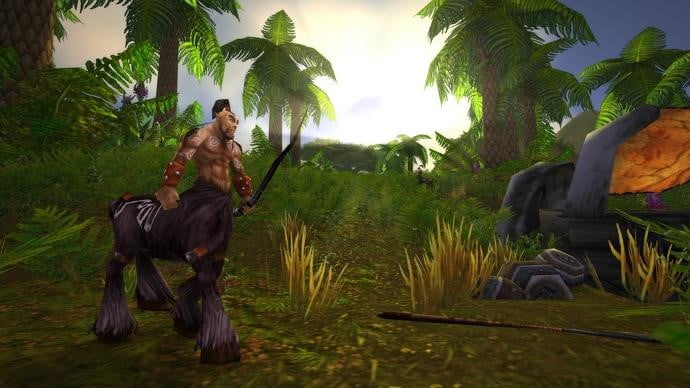 It’s a bit like when, in one of these long, dramatic series which ends with the characters with more wounds on the body and soul than they started, we go back to the beginning of everything, to the times when they were still sweet. To Harry Potter making friends on the Hogwarts Express, to Neo delaying the alarm clock at the beginning of the Matrix, to the Nostromo team stretching after a deep sleep, etc. It is pure and it is imperfect and generally not so well done, not so well written, not so well recorded, but it calms our soul because it exists and that is more than enough.

The funny thing is that, looking at it today, in this “vanilla” state, it is very easy to see why this game worked at the time, and why today it is not living upon its days of glory. It is clear as never before that its strengths and weaknesses come from the same place, they are intrinsically rooted in the heart of the idea, and it is almost impossible for one or the other to be extirpated. World of Warcraft, since its launch, is structured around a fairly repetitive mission system and combat that today is clearly slow and rough, and that it was designed to face all challenges. As the game grew and the player base changed, it began to focus more on the player who wanted to spend time alone or with friends. There was always someone to keep the community alive, of course, but even with that, the game almost always tended more to have an individualistic aspect.

The players who have been there forever, or at least for years now, have gradually adapted to this new “world”. And that is why returning to this version now makes it surprising how many of its elements are designed to be enjoyed solely and exclusively in groups. From classes and trades to each and every one of the missions that make up the first twenty levels, going through the inevitable start of the character construction is a task that, in WoW Classic, can only be done in groups. And suddenly, we remember how necessary were the brotherhoods, groups of users who share an internal chat, a bank of objects and other privileges; of the number of occasions in which a teammate or just a friendly player who passed by has saved our lives. 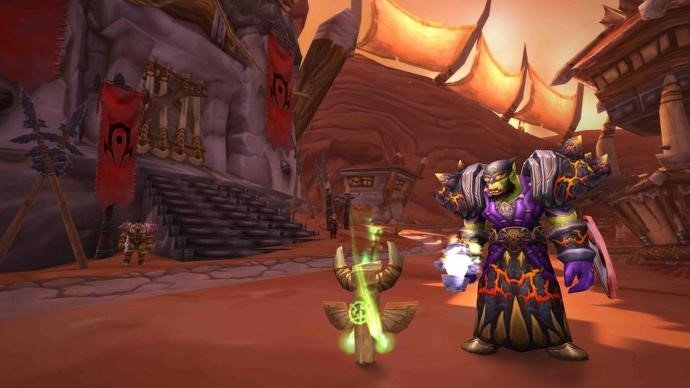 Those of us who have returned to the WoW universe have, for each article about users lining up to kill an NPC, another five stories of people dedicating themselves to creating objects for new ones, or showing manners and respect for others on a scale that we no longer remember. That courtesy, that label, only arises from the affection for a game that, because it is based on mutual help and support, will probably never die, no matter for how long the times and users are going to evolve.