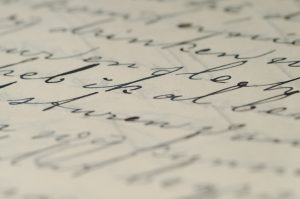 Keep in mind that only about 2% of all scripts get accepted to try their luck in the industry. This happens because of the reader’s analysis. Whenever a script gets submitted to the industry, first of all, there is a reader who gives a mark of “recommend,” “consider” or “pass.” And only those scripts that receive “recommend” may have a chance of development.

Why so many of them get dumped in the trash bin? The reasons are usually the same for all those 98%. These are repetitive mistakes that cut the script’s life before it has a chance to begin. So what makes a script a bad one? Let’s have a look and try to fix them before submitting.

However boring and dull it may sound, the mediocrity of characters is one of the most common reasons scripts get trashed. Your protagonist and his/her adherent characters must be unique in some way to create the basic hook for the story. The film industry has more than a 100-years history. And while scripts tell the same stories of the ordinary people, all of them have some unique shade and taste that gets them chosen and then screened. Your characters and their story must catch the reader’s attention from the first glance. No more, no less.

Cartoonish villains are not interested anymore. Moreover, a villain for the sake of having some evil in a story is not something that touches readers’ heart anymore as well. If you decided to put a villain in your story, ensure that this is a complete complex and contradictory character with his or her (or even its) history which in some way explains why the character is like that. Red Rock Entertainment producers, for example, love checking villains in every story because this is evil that makes any story so sympathetic.

Only about 5% of writers know how to write a deep professional-level conflict and involve it in a scene. The rest 95% get their scripts rejected, but never learn why. The great news is that you can learn this skill and then master it to perfection. Remember, that a professional-level compelling conflict is on the elephants holding the Earth of script writing. If you don’t know how to do it, then first invest in your education and master this skill because otherwise, you’re only wasting your time.

Feminism was named the word of the year in 2017. Whether you like it or not, today female characters cannot be undermined and underwritten. It’s been a common problem in the past that female characters were poorly written, without the proper deepness and character conflict. Those times are gone today. Just look at The Shape of Water or The Lady Bird that shined at this year’s Oscars and BAFTA. Now a powerful and self-sufficient woman is the new trend. So don’t even try to push someone weak and shady. The new times have come.

No one likes commonplace things, so why would the reader like an ordinary script? This is the question you need to ask yourself if you consider following the bookshelf formulas of script success. Don’t get hooked by those “universal paradigms”, “structural building blocks”, or “mythical script construction” that will get your writing to the top of the film world.

There is no such thing as a one-fits-all formula for a film because a horror film has absolutely different rules from a melodrama. If you follow the books that you will represent your ideas in the worst possible manner; remember the reader has seen it all already. It doesn’t mean that there is no useful information in the books, there is, and lots of it. However, you need to critically approach the tips recounted there and ensure that you add a touch of your soul to every word to smooth the edges of mathematics in writing.

These are only five of the most common mistakes that turn your script into a nightmare for a reader. Now let’s look at the tips that can help you improve the writing.

Red-Rock is author at LeraBlog. The author's views are entirely their own and may not reflect the views and opinions of LeraBlog staff.