Queen Elizabeth II has a number of tiaras, which we have all enjoyed looking at on many occasions. Some of her favorite stunning tiaras can be seen in the Tower of London where the Crown Jewels are kept. Although, Queen Elizabeth has a big collection of tiaras to choose from, there is one that she has been seen wearing the most. â€˜'The Girls of Great Britain and Ireland Tiara'' is a splendid piece, which is loved by its current owner Her Majesty. She has worn this beautiful tiara on so many occasions since 1949 however the tiara was first used back in 1893, when Princess Mary of Teck (Princess May) received it as a wedding present. 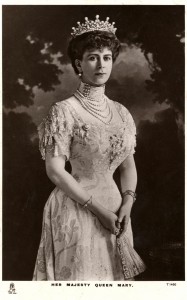 A committee of young women raised the impressive amount of Â£5,000 with the ambition to buy a wedding gift for Princess Mary from the young women of Ireland and Great Britain (this is where the name of the tiara came from) and Lady Eve Greville. Eve Greville chaired the committee at that time and she used the raised money to order a tiara to be made by Garrad, the British Crown Jeweler. The rest of the money, she used to make a sizable donation to a charity fund, which was Princess Mary's request. The charity fund chosen had been established to help orphans and widows of the brave men who lost their lives at sea after HMS Victoria sank. Princess Mary wanted her guests to make donations to charities instead of giving her wedding presents. We can see that more than 100 years later, Prince William and his wife Catherine followed her example as they had also requested donations instead of wedding gifts.

When the future Queen received the gift, she was delighted. She really liked the beautiful tiara and on July 4, 1893, she wrote a note to Lady Greville: â€˜'I need scarcely assure you that the tiara will ever be one of my most valued wedding gifts, as a precious proof of your goodwill and affection''.

The tiara has many uses - it can be worn as a classic tiara, headband and a necklace. The amazing creation is made of two parts - a diamond tiara and a bandeau base. The diamond tiara is set in gold and silver festoons and swirls. The amazing piece of art is topped by 9 pearl finials.

In 1914, Queen Mary decided to make some drastic changes to the already beautiful tiara. She wanted to add more glam by removing the pearls, which were later used for the â€˜'New Cambridge Lover's Knot Tiara''. She used the diamonds from the Surrey Tiara (the tiara was dismantled, so Queen Mary used some of the jewels) to replace the pearls. However, Queen Mary was still not satisfied with the result and she decided to remove the bandeau base and use the two parts of the tiara separately. 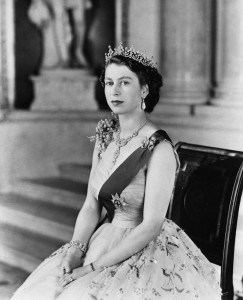 Queen Elizabeth spoke about the circumstances around the discovery of the second part of the tiara during a portrait-sitting in 2006. She explained that after Queen Mary passed away, her safe was opened and the base of the tiara was discovered. In 1969, the two parts were reunited again. Queen Elizabeth smiled playfully when she said: â€˜'I suppose she thought; the child's only twenty one, she doesn't need a very big one''. 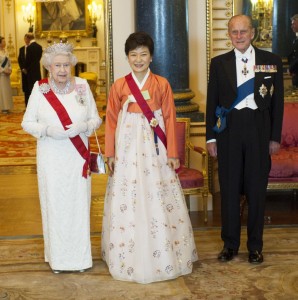 Apparently, the stunning tiara is very light and is worn easily. The diamonds shine beautifully in the light and the tiara has proven to be an amazing accessory for Her Majesty's hair at various occasions. 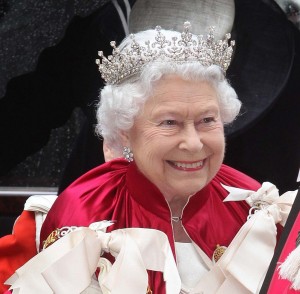