If there is anything better than witnessing the royal weddings that thing certainly is witnessing the moments the royals show their babies to the world. In December, the Prince and Princess of Monaco will welcome a fantastic Christmas present in the face of their twins. One of the twins will become the future king or queen of Monaco.

It is truly amazing to follow the life of the royals as they seem to live in this fantastic fairy tale. Their love stories are brilliant, their marriages are lavish and spectacular and their babies are beautiful. The birth of any baby is a joyful occasion for the whole family but the birth of a royal baby is joyful for the royal fans around the world who witness history being written. 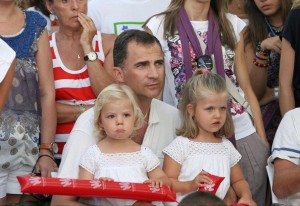 The Spanish throne at the moment belongs to King Felipe. He became King in the summer of 2014 and this meant that his 9-year-old daughter, Princess Leonor of Asturias (on the right), will be the youngest heir in line to the throne after King Felipe decides to retire. Princess Leonor is the first daughter of King Felipe and Queen Letizia and she was welcomed to this world on October 31st, 2005. 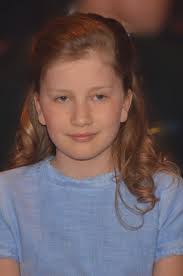 Crown Princess Elisabeth is only 13-years-old but she is already behaving like a Queen. Her appearance is magnificent and she already attends to her royal duties. The first time she performed her royal duties was in 2006. Crown Princess Elisabeth is the eldest daughter of Queen Matilde and King Philippe of Belgium. Her parents' royal wedding was one of the most spectacular weddings shown on TV and watched by thousands of royal admirers. 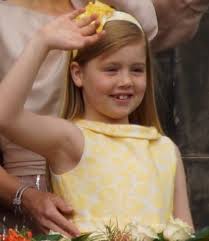 Princess Amalia who is 10-years-old will be the future Queen of the Netherlands. She is one very bright and beautiful child with a magnificent smile just like her mother's smile. It was year 2013 when it became apparent that Princess Amalia of Orange will be the next heir to the throne after her father King-Willem Alexander. 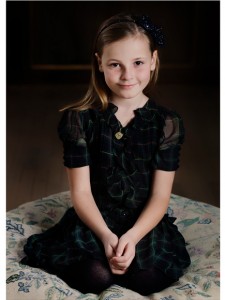 Princess Ingrid Alexandra is the daughter of Crown Princess Mette-Marit and Crown Prince Haakon. She is a beautiful 10-year-old girl with golden blond hair and very gentle Nordic features. She can easily star in one of the Disney films as she looks like one of the princesses featured in Frozen. Princess Ingrid will be the second female monarch in Norway after Queen Margaret from the 15 century. She is already attending to her royal duties by making appearances at different events. 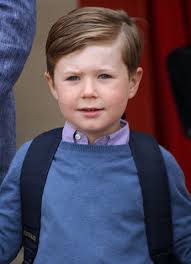 Prince Christian, who is a very charming 9-year-old adorable boy, will be crowned as the King of Denmark after the reign of his grandmother and his father. He is the first royal in Denmark who attended nursery and later a public school. Just as a comparison, his father Crown Prince Frederik had a nanny who was looking after him at the royal palace. Prince Christian also has some royal appearances at various events with his parents. 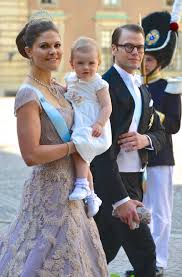 The beautiful 2-year-old daughter of Crown Princess Victoria and her husband Prince Daniel is the pearl in the Swedish crown. She has truly inherited her mother's amazing, bright smile and her beauty. Even though she is only 2, Princess Estelle has already attended her first official engagement at the inauguration of the â€˜'Duchess Estelle’s Fairytale Path'' in Takern. 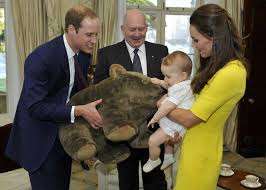 Last but certainly not least on our list is Prince George. He is the youngest heir to the British throne. He is an adorable child with cute chubby cheeks and he is the first child of the Duke and Duchess of Cambridge. Prince George is only 1 and he will have to wait quite a long time before he becomes the King of England. His grandmother, Queen Elizabeth has been on the throne for 63 years now and it doesn't look like she is ready to abdicate just yet. Prince George is 3rd in line to the throne after his grandfather Prince Charles and his father Prince William. Prince George will soon have a little brother or sister to play with as the Duchess is pregnant with her second child.