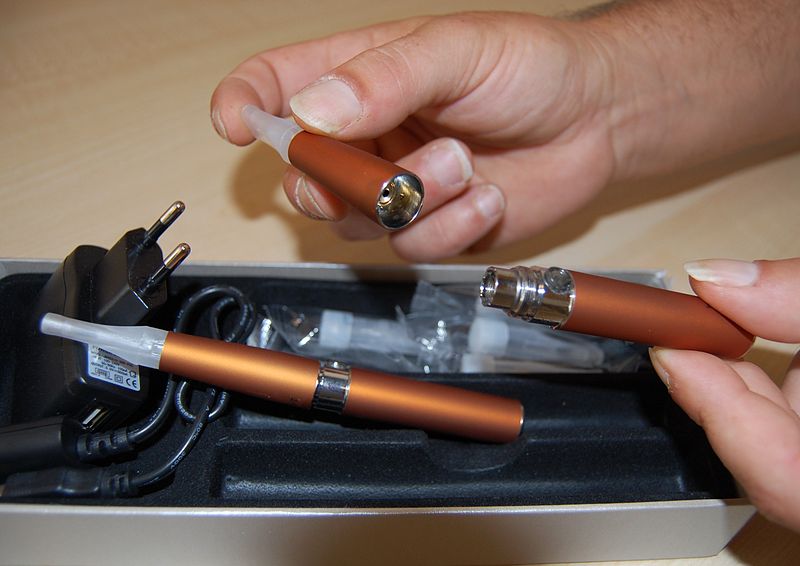 So, you’re still smoking cigarettes rather than vaping. Well, as someone with a psychology degree and training in how to present things in as nonjudgmental a manner as possible, let me put this clearly, if a bit bluntly: What is the matter with you?

OK, almost anybody, especially smokers, knows the many flaws associated with sucking tobacco smoke into your lungs day after day, year after year. The point that they kill you is, essentially, moot. Heck, oxygen floating around in the atmosphere kills you, too, if you inhale it for more than 100 years or so. And we breathe that dreaded oxygen into our bodies every day. Am I right?

Smokers often quit or switch to vaping for immediate issues, such as smelly clothes, bad breath, yellow fingers, skin discoloration, cost, stigma, hair loss, the time spent looking for a place to puff away and receding gums that will cause your teeth to fall out. Death is a concern many smokers want to think about tomorrow, not today. But rotting gums – that will give a smoker pause.

But these are modern times and the option of quitting smoking and joining the legions of fans of vaping has changed the health and lifestyle landscape dramatically. You inhale hundreds of chemicals when you smoke cigarettes, at last count over 7,000 of them, 70 of which are known to cause cancer, according to the American Cancer Society.

By contrast, popular types of ejuice, the substance that turns to vapor in a modern nicotine delivery system, contains water, nicotine, and flavoring closely associated to flavoring used by the food industry every day.

Furthermore, ejuice is available in hundreds of flavors and varying strengths, meaning you can purchase apple-blueberry flavored ejuice at low, medium or high nicotine concentrations or you could buy that with no nicotine at all. This last option allows you to customize your nicotine intake to a personal comfort level. How? Just take a low, medium or high strength concentration and water it down with zero-nicotine ejuice until you have the desired strength.

While it seems an unnecessary complication to water down the nicotine concentration at all, this is actually a huge benefit, as it allows a smoker to drop the nicotine strength as slowly as they want. Add one drop of zero-nicotine ejuice for one week, two the next, three the next, and so on. Eventually, you will reach the point where you are not using nicotine at all and at such a gradual decline that you will skip withdrawal symptoms entirely.

You cannot wean yourself from nicotine using the patch, the lozenges or the gum with nearly as much control as you can with ejuice. And with something as addicting as nicotine, it is critical that control of the product be as complete as possible. The tens of millions of smokers who continue knowing that it is harmful attest to the extremely high addictive qualities of nicotine.

On the other hand, the industry has also evolved in recent years so that vaping can go in the other direction. The practice of vaping involves an energy source, usually a small battery, to turn the ejuice into vapor. The vapor is then inhaled through the device that includes a mouthpiece, naturally. Some resemble pens and they work quite well. But others resemble a palm-sized battery pack with a tube to suck on with the intent of delivering massive clouds of vapor into your lungs. Think of a pen as a cigarette and a battery-pack system as a cigar or as three big cigars going at once.

This means that former smokers who want to make the switch need not fear they are giving up that lung full of smoke feeling that they learn to enjoy as smokers. If you want that lung full of vapor feeling, just beef up the system accordingly.

Finally, of course, there’s taste. And, wouldn’t you know it, when it comes to flavor and vaping, it turns out the sky’s the limit. Name a flavor or invent one and the chances are there’s a company that has that flavor or something similar on the market. If you want to try peach-apple-chocolate-lavender, you can probably find that. And if you can’t find that online somewhere, you can buy each of the four separately and start making up the new flavor right then and there. Two drops apple, one drop lavender … and so on.

What are you waiting for? Is saving money, improving your health and doing so with some jazzed up ejuice flavored just the way you want not quite good enough for you? How about one effort to convince you? Do you use a typewriter or a computer? OK, then. The analogy is obvious. Try the modern approach to your nicotine delivery system. It has all the advantages minus close to 7,000 of the disadvantages.