Although we seldom take the time to think about it, a staggering 90% of the goods we buy – whether food, clothing, electronics, furniture or anything in between – are delivered by ship. At any one time, there are some 20 million containers making their way across the world’s oceans; and the average container ship will travel three quarters of the distance to the moon and back every single year.

Offloading all those containers and making sure they get sent off to the right final destination is a truly mammoth task, and none of it would be possible without the ports that receive these monstrous vessels. While the weight of all these containers isn’t a huge issue on the water, once they’re offloaded onto dry land things get a bit more complicated.

The biggest port in the world – Shanghai

Unsurprisingly, seven of the world’s ten biggest ports are located in China, but none sees more cargo throughput than Shanghai. In 2012, the Port of Shanghai handled over 740 million tons of cargo. With 125 berths and covering a whopping 3,600 square kilometers, this port serves over 2,000 container ships each month and handles a quarter of all China’s foreign trade! 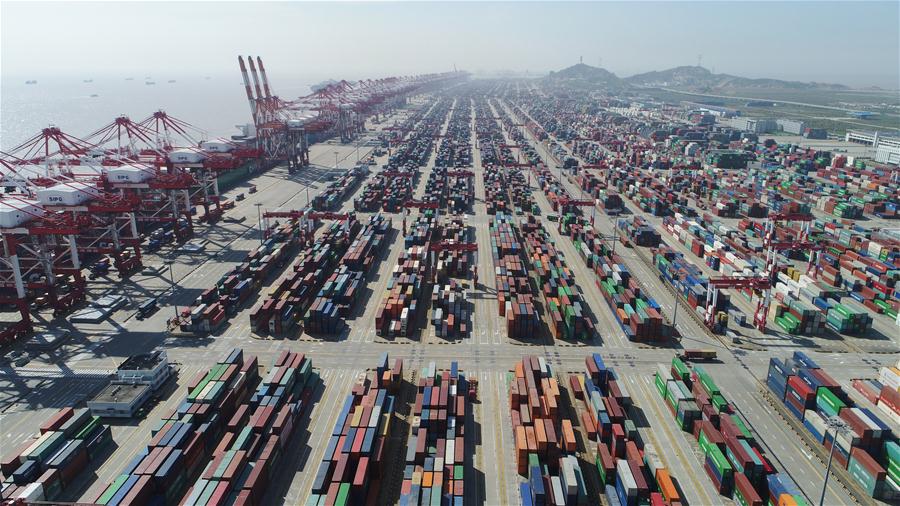 The title for runner-up goes to the Port of Singapore, which came in at over 537 million tons of cargo handled in 2012.

When it comes to heavy-duty reinforcement requirements, ports, container yards and storage areas are exceptionally demanding. In addition, they require good drainage and quality aggregate layers. One technology that’s helping to make ports more durable and sustainable is geocell engineering – in which a cellular confinement system is created through the use of a novel polymeric alloy called Neoloy. This honeycomb-like structure provides heavy duty load support, creating a semi-rigid mattress to increase bearing capacity and reduce settlement.

One of the major advantages of these geocells is that marginal granular material (such as dredged sand) can be used for structural infill. In addition, their long lifespan means massive savings in terms of life-cycle, as well as a reduction in the required structural layer thickness. All combined, geocells allow ports to be constructed faster, last longer, and at a reduced financial and environmental cost.

Capable of carrying 19,100 containers and at over 400 meters long, the Hong Kong-registered CSCL Globe looks more like a floating city than a container ship! It takes a crew of 31 to operate, an unusually large number for a container ship, and has a truly massive 69,720 kW engine which is 56 feet tall.

Dating back to 3000 BC, Byblos Port in Lebanon is widely believed to be the oldest in the world. It was originally used by the Phoenicians to ship wine and timber to supply the Pharaohs of Ancient Egypt for their shipbuilding and tomb construction. 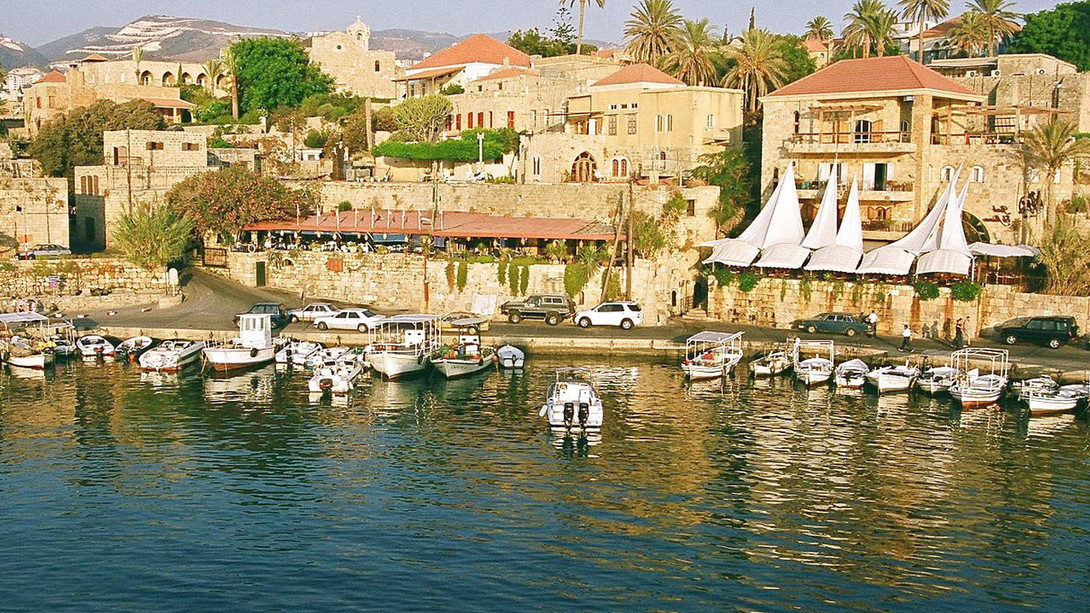 Piloting through ports is not for the fainthearted

As shipping lanes become more crowded and vessels grow ever larger, it can be a truly nail-biting experience for pilots set with the task of easing their ship past a similarly sized giant of the sea. It can take two miles for a large container vessel to come to a full stop, and around ports there can be very little room to maneuver as compared with the open sea, as large vessels are limited to the deeper channels.

And because they present such a large surface area, they can essentially become like a giant steel sail, pushing and pulling the vessel in a high wind and making turning into a gale all but impossible. In addition, two ships passing close to each other create strong currents across their hulls which can easily lead to stern collisions. It’s definitely a job that requires expert training and nerves of steel.

The world’s first all-electric cargo ship has many pro’s, but one major con

Despite the fact that shipping goods by sea is far less polluting in terms of CO2 than via road or plane, the sheer size of the industry means that if you added shipping to the list of the world’s most polluting countries it would still come in at number six. In 2017, China launched the world’s first all-electric cargo ship – equipped with enough lithium-ion batteries to transport 2,200 tons of cargo 50 miles on a single charge. It only takes two hours to recharge, which is about the time necessary to unload the ship once it reaches its destination. It emits no carbon during transport and could lower shipping costs as electricity is cheaper than diesel. And while it’s hoped that this project will inspire other countries and shipping companies to follow suit, there is one major drawback – the vessel is currently being used to transport coal for, you guessed it, electricity generation.