If you are a video or photography enthusiast, Liquivid is software that can completely change your work life. It offers a seamless way to edit your photos or videos so that you get more time to do what you love being with your camera. This software ensures you spend more time outdoors than sitting in front of your monitor trying to manipulate the captured photos or videos. Liquivid is perfectly suitable for handheld captures, for action cameras and even for aerial footages. The process is so simple that anyone can easily do it and the learning curve is very small with Liquivid.

Although the software is available for both the famous operating systems which are Windows and Mac, it is not yet available for phones.

Why should you use Liquivid?

Since there are so many products available, what makes Liquivid different from the rest of them is the ease of use. You don’t have to be a technical professional in order to use the software. Also, it is quite affordable and doesn’t cost you much. The price which you would pay for the software is completely worth what you get in return. 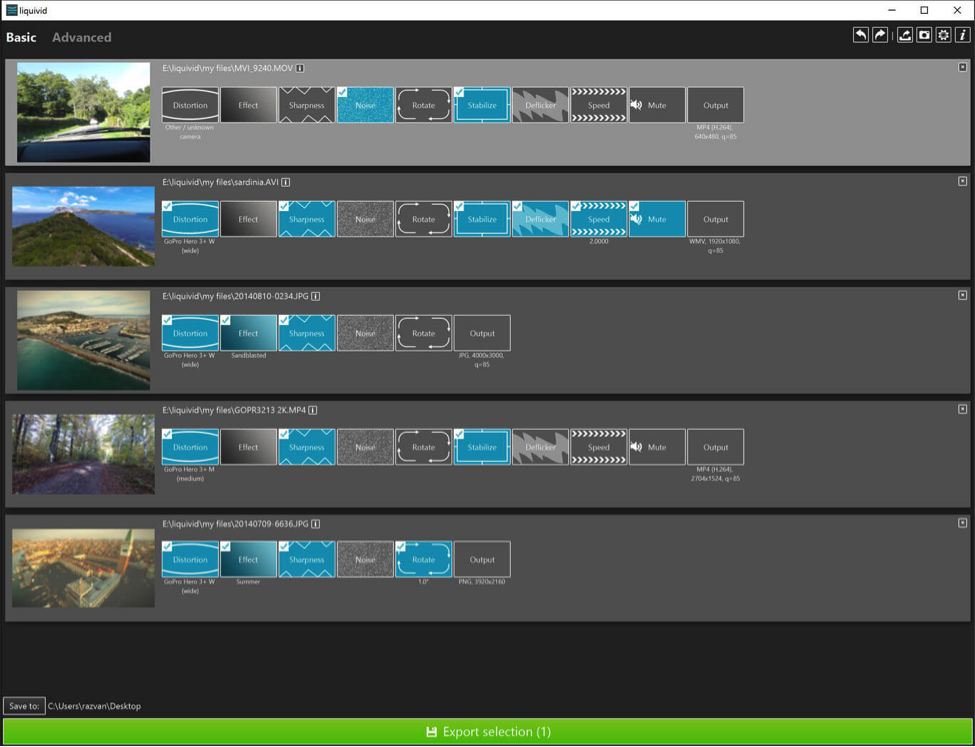 Although Liquivid is filled with awesome features that can make editing photos and videos easier, following are some of the best features that make the app worth having. Editing comprises of mostly correcting flaws in captures, a lot of features of the software are for removing negative elements.

While you are taking videos, there are bound to be some shaky footage. When you are using hand held footage, the chances of frames being shaky are even higher. With Liquivid, you don’t have to worry about it as there is an option which will help you stabilize the shaky part. This result in a better output and the video that you would finally see will be much better than what it was before.

Visual effects can truly enhance how your photos and videos look. It can completely transform the picture or the video with all new effects. These effects are sometimes necessary in order to make the visuals look better. There are many kinds of effects in the Liquivid software and you can play around with different combinations until you find the perfect one. 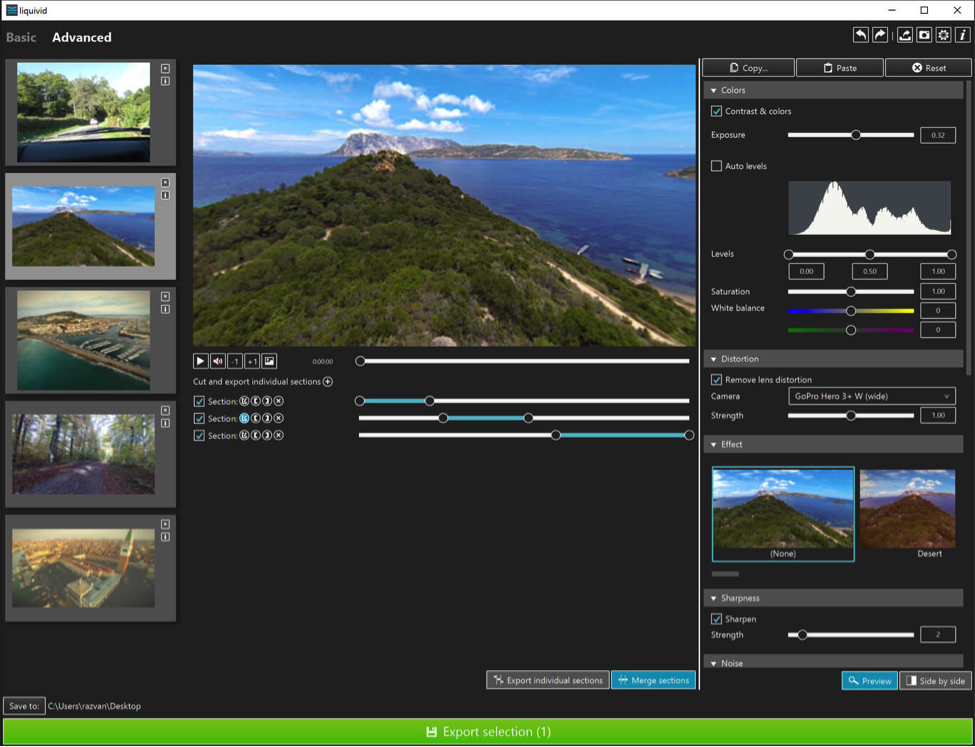 There is something known as the fish eye effect in photos and videos and the process for removing them is known as defishing. They are usually caused by action cameras and wide angle lenses. Liquivid, can easily remove lens distortion or defish them. There are many built in camera profiles in the software (e.g. for GoPro, Sony, Drift, Rollei, SJCAM and others) and you also have the ability to create your own new profiles.

When you shoot videos or click pictures, there can be conditions where you can’t get enough natural light and need to shoot at high ISO setting (this is camera’s sensitivity to light). In these situations, there usually is a lot of noise in the footage. With the help of Liquivid, you can simply remove any kind of noise from your pictures or videos.

Contrast plays a huge role in how digital photography looks. There are a lot of factors that come into play when contrast is concerned. You have the ability to fine tune the contrast of your photos or videos without much effort. When the contrast is rightly adjusted, it gives a natural feel to your captures. Liquivid ensures that you have complete control over how much the contrast shall be.

Deflickering is a newly added feature in the software which helps in case of time lapses and in certain light conditions (flickering light sources like light bulbs or sometimes strong, direct sunlight). In these cases, you can get uneven exposure between frames (consecutive frames having different brightness), or even within the same frame (parts of single frame being darker than others). With the deflickering feature, you can remove those from your video without much hassle.

You must have noticed in some videos where it gets fast and slow as per the scene requirements, you can do that through Liquivid too. This helps in portraying your video in a better way so that you can use your creativity and make your video fast or slow as you need.

This is a basic feature that is used the most. The video cutting will help you in removing the parts from the video that you don’t need. Not only that, you can actually export only the parts that you need in the final cut and leave the rest of them as it is.

Sharpening, rotating and cropping are some of the most basic tools that are used for making photos and videos better. These features are available in Liquivid and one can easily use them for enhancing the overall look and feel of the videos.

If you are planning to start using software for editing videos and pictures, Liquivid will be a great start since it is quite easy to use. You can also watch the before/after videos on Vimeo or on its official site http://liquivid.com/processing-sample/ which is a great testimony for the app as you can see the changes for yourself. Once you get used to the app, there is no going back and you will edit all your pictures and videos through Liquivid.