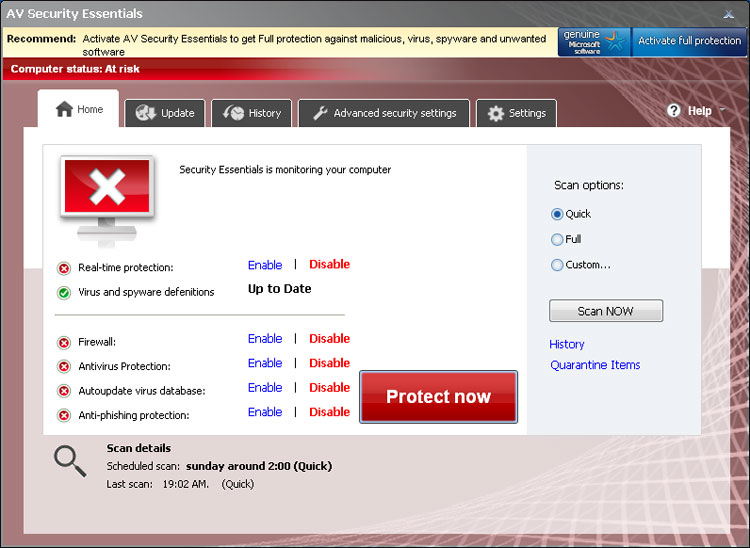 There was a great buzz around the release of Microsoft Security Essentials; after all, the security program was designed and developed by and industry powerhouse. One of the most publicized features of the program was the fact that it was free; however, since its release, the program has received subpar reviews. A free program that has subpar functionality and effectiveness actually does not have any intrinsic value.

This review will investigate the effectiveness of Microsoft Security Essentials as a security program.

Since its release to the market, Microsoft Security essentials has received poor grades in a number of antivirus test. To add a bit of clarity, most antivirus programs are able to pass the certification process with AV-Test, but Microsoft Security Essentials not only failed, it failed miserably. In fact, the program has failed the AV-Text twice, once in November of 2012 and again in January of this year.

In response to failing the AV-Test certification, Microsoft's product team issued a rebuttal statement that basically the AV-Test did not measure their actual ability to provide real world protection. Unfortunately for Microsoft they also failed a newly released test issued by Dennis Technology of London, England. The test conducted by Dennis Technology placed MSE at the bottom of all programs tested.

One area in testing that MSE did not fare well is in its accuracy and ability to identify threats and block them, while allowing any legitimate applications. This test gives points for the software's ability to identify malicious software, programs, and applications, but also deducts points for designating legitimate applications as threats (called a false positive) and blocking them. During this test there were certain programs that did great at identifying virus threats and malware, but still scored lower than expected because they also blocked legitimate programs.

This particular test has a possibility of scoring a 400 and all of the other programs tested scored a minimum of 300 points. All programs except MSE, that is. The security program only managed to garner a maximum of 30 total points. To exacerbate the matter, the program did not have one point deducted for false positives, which means that the low score was entirely based on the programs inability to identify various threats.

The highest possible score in this part of the test is 300 and the lowest is -500. MSE managed to get a score below zero, only scoring a -70.

Even with a no cost price tag, the Microsoft Security Essentials program is simply not effective enough to make it worth the while. There are some highly effective programs that can provide antivirus and malware protection with a great deal of effectiveness.

Published on behalf of Mr. Louis Rossmann who a straight shooting tech guy who specializes in repair and LCD replacement. Contact him through his Rossman Group website.