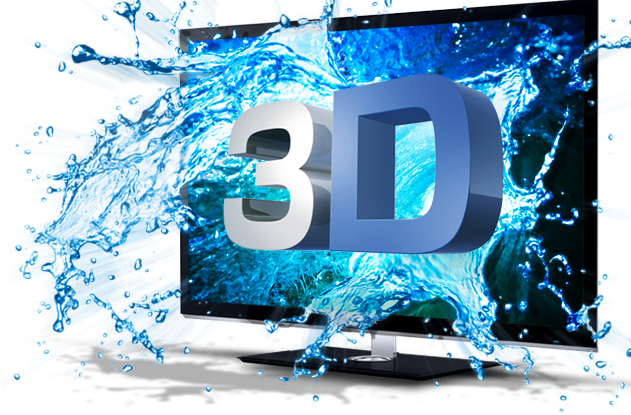 At one point, having a 3D TV in your living room might have sounded like something out of a sci-fi movie, but nowadays pretty much anyone can enjoy an immersive TV experience in the comfort of their own home.

3D TV has come a long way from its inception way back in 1838. And this new type of entertainment is undeniably snowballing in popularity. According to the Global Post, worldwide sales of 3D TVs jumped from 24.14 million units sold in 2011 to 41.45 in 2012.

But where did it all begin? Let’s travel back to where it all started and look at how 3D TV has evolved. Cue a hazy, dreamlike blurring of timeâ€¦.

It’s hard to believe that the original concept of a displaying three-dimensional image was first dreamt up in 1838. That’s before the telephone was invented, before penicillin was discovered and before the Wright brothers first took off in a powered aircraft.

Well, start believing. It was prolific Gloucester scientist Sir Charles Wheatstone who invented the stereoscope â€” an instrument used to convey three dimensional images by combining two pictures at once. After a few tweaks, the stereoscope was displayed at Queen Victoria’s Great Exhibition of 1851 (a regular exhibition during the Victorian era that showcased the best of art and industry). Shortly after this, the kinematoscope was invented and signalled the laying of an important foundation on the road to modern cinema.

It was later, during the 1890s, that pioneering British film maker William Friese-Greene filed the patent for a 3D movie process. In 1915, the first public 3D movie was shown at Astor Theatre in New York, a drama called The Power Of Love.

Stepping into the 20th century, Scottish inventor of the television John Logie Baird demonstrated just how wonderful stereoscopic 3D TV was at his company’s premises in 1928.

During the 50s when TVs started popping up in homes across the US, 3D movies began to hit cinema screens â€” notably the original House of Wax (no Paris Hilton here) which also boasted stereophonic sound.

The 60s saw Space Vision emerge as a new type of 3D, which only required one camera for projections and removed the need for the perfect syncing of two separate cameras.

Later in the 80s, when 3D technology had really evolved into something pretty special, several big box office hits were released in 3D format â€” namely Jaws and Friday the 13th (Part III).

IMAX got on board with 3D too and tweaked the technology so it could imitate how the human eye sees. IMAX was at the forefront of showing 3D movies released throughout the 90s and into the present day. In the last few years huge Hollywood blockbuster have even been being re-edited and released especially for the IMAX experience, James Cameron’s epic telling of the Titanic story featuring Kate Winslet and Leonardo Di Caprio being probably the biggest film to date to get that treatment. However 3D fans no longer have to take a trip down their local cinema to enjoy this immersive form of entertainmentâ€¦

Welcome back. While 3D movies remain a big draw at cinema screens, nowadays you can enjoy blockbusters and your favourite TV shows in 3D from the comfort of your own sofa, not to mention play the wealth of video games that are being developed with the 3D experience in mind.

The market for 3D televisions is booming, with 3D TV channels springing up all over the place and all you need to enjoy them is a 3D TV and a pair of 3D specs.

Would you like a 3D TV in your home? Please let us know in comments.