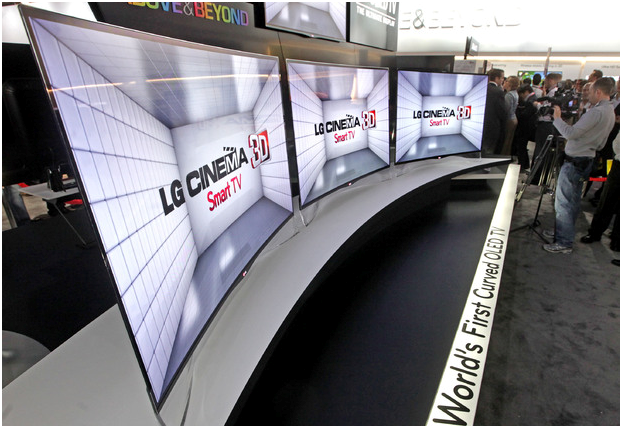 There are two components of a good gaming setup that you just can't live without. Many gamers may want to add in all the accessories and peripherals, but without the console and the TV, there is no game to be had. The sound system and specialized controllers are nice, but the best sound in the world won't make up for mediocre display quality.

So what kind of TV is best for gamers? Is it all just about the number of pixels crammed into 42 - 60 inches of screen space? There's a lot more to a game than just pixel count, and different TVs have different capabilities that can impact the way you play. Understanding how these different models perform will help you make the right choice for your own gaming room.

Plasma is something we don't hear as much about anymore with LCD TVs (and even LEDs) becoming so affordable. However, they made an impressive showing at CES 2013, and they still offer a number of features that a gamer just might want to consider.

The colors on an LED TV will be more vibrant and bright than on a plasma TV, although both are capable of calibrating to D6500K (the standard color temperature used in the film industry). The backlighting for LED is produced by a super bright light-emitting diode, which gives them brighter white peaks and makes them a good option in brighter rooms that have a lot of light coming in through windows. There are also options for how these TVs are lit. Edge-LED sets, which have a nice, slim look, can't produce the same kinds of contrast as the slightly larger direct-LED backlights. (But the difference is only going to be noticeable to the truly dedicated gamer.)

Color levels can be a matter of preference, though, and while plasma can't produce the same bright colors, it can provide nearly perfect black levels. This creates some great contrast, making certain things on the screen pop more and stand out from the background.

Another important distinguishing factor is that while LDC/LED TVs can produce some really sharp still images, they tend to blur during fast-moving scenes. This motion blur may not matter much if you're just a casual gamer, but it can be bothersome if you are a competitive player or expect to stick with a game for extended periods. Plasmas may not be quite as sharp when it comes to still images, but the cells react much quicker to moving pictures so you don't lose the resolution.

If you want to get an LCD/LED TV and still avoid some of the motion blur, you will need to chose a model that has a great response time - at least 100Hz, but something over 120Hz would be better. There are a number of features here that could impact your gaming, so consider your options and understand your preferences before you buy.

Despite the hopes of TV manufacturers, 3D at home never really took off. It's still available, of course, and plenty of movies incorporate the 3D aspect, but it never became the critical feature that they hoped it would. Many companies tried different implementations, but the feature simply didn't add enough to the experience to become an integral part of gaming. This isn't to say that 3D is completely dead in the water, but most gamers would rather pay for a larger screen (whether it's plasma or LED) than have something that is 3D enabled.

Which is Right for You?

There will be a lot of personal preference involved when it comes to choosing the best gaming TV for your situation. Gamers are notorious for trying to fit a ridiculously large television in a relatively small room, but it is more important to get one that will last for years while providing vibrant colors, bright images, and smooth motion. The one thing you can definitely control is the price you pay for a new one. Be patient, and wait for the right TV deal to come along.

Paul Mansour is enthusiastic about start-ups along with consumer and small business technology. Working within Dell.com, he needs to stay up-to-date on the latest products and solutions and best-in-class ecommerce strategies. In his spare time he can't resist taking apart his latest gadget and forgetting how to put it back together.