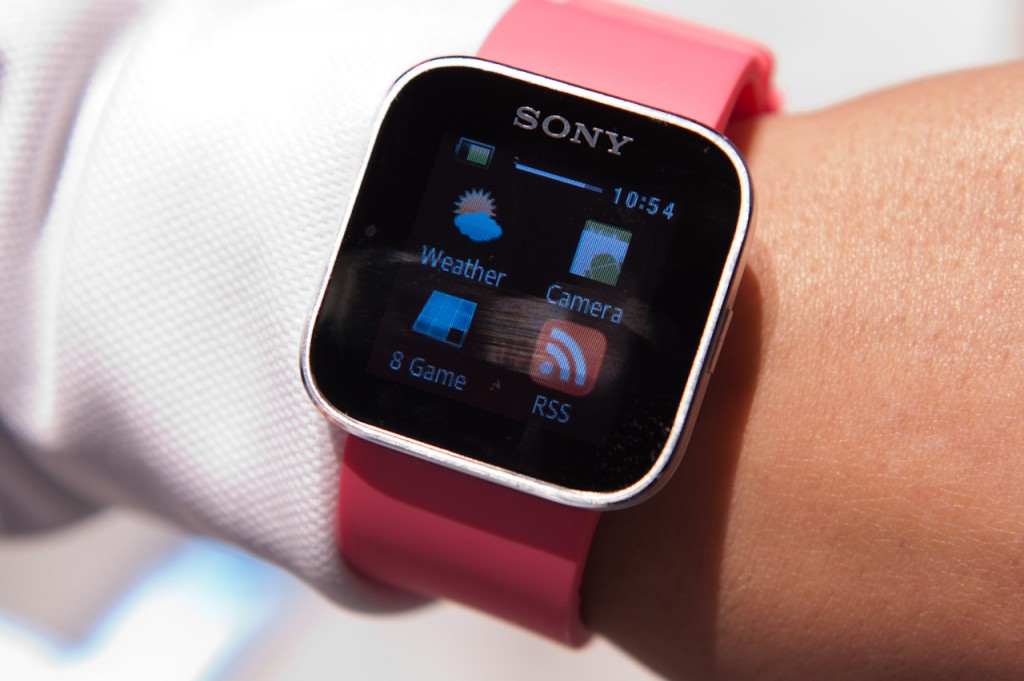 No matter how old they are or how many promotions they have under their belt, a lot of men never outgrow their toys. If women have their bags, shoes and jewelry, men have their watches, gadgets and cars. And just like women collect the latest in a fashion line, so do men collect gizmos touted to be the cutting edge of technology.

This week, let's take a look at three gadgets that's got our men drooling and mentally allocating their savings account for:

While whispers of Apple and Samsung computerized wristwatches abound, Sony already has a head start, having released their SmartWatch MN2SW last June 2012. In the weeks leading up to this year's Mobile Asia Expo, Sony has been hinting at a new smartwatch on their Twitter account, including a post about one-third of smartphone users wanting to have smart wrist wear.

The full specs of the unit won't be out until the expo commences on June 26, but CNET has received word from a reliable source that it will still run on Android and will make use of a layout similar to Sony's Xperia phones. The new SmartWatch is said to have a larger screen than its predecessor, but it's the Near Field Communication (NFC) chip that has the potential to get the boys excited. If it's true, this new feature will facilitate easy pairing with a smartphone.

Will this prove to be the latest accessory to a business phone (read more) user's arsenal? It'll take some time until we find out for sure but, in the meantime, don't be surprised if your boyfriend gets hooked on updates from the MAE 2013.

Since we have two highly anticipated devices rocking the gaming world, I'll refrain from just choosing one and will instead mention both. From the Japanese electronics giant Sony, we have the latest installment in their much-love PlayStation series, dubbed the PlayStation 4 (PS4). On the other hand, we have Microsoft's Xbox One, which, like the PS4, is an eight-generation gaming console.

Both units have a similar appearanceâ€”sleek, black and distinctively masculineâ€”and similar hardware, including eight-core processors built by AMD, Blu-ray drives and eight-gigabyte RAM. However, the PS4 is equipped with the more advanced GDDR5 RAM that may mean better quality graphics. You've got the new touch pad and additional Share button on the PS4's DualShock 4 controller, whereas the Xbox One controller features rumbling triggers and improved ergonomics. Both consoles have better social network integration, with video sharing and real-time gameplay streaming. The Xbox has an edge on the multimedia end, allowing easy movement and multitasking between games, TV and video content. Then again, the PS4 has a hundred-dollar incentive to sway the undecidedâ€”it's priced at $399.99 to the Xbox' $499.99.

The Amazon Video Games store saw a record-breaking figure of more than 2,500 combined pre-orders of the PS4 and Xbox One per minute after both consoles were launched. According to latest reports though, the PS4 is dominating Amazon's best-selling chart, as well as CNET's Console Wars.

Moving on to the realm of computers, have you seen one of the stars of Apple's recent Worldwide Developers Conference (WWDC)? While the updated iOS 7 is the topic of much debate, there's no question that Apple pulled out all the stops for its revolutionary Mac Pro. It's said to be "the future of the pro desktop", with a redesigned cylindrical structure, the size of which belying its sheer power.

Its new-generation Xeon processor offers up to twelve cores of power, making it twice as powerful as its predecessor. It also delivers up to two times higher memory bandwidth than the current Mac Pro and features ECC memory, ensuring that users finish tasks such as rendering and video exports faster and with fewer errors. Factor in the high-resolution graphics and faster-than-flash storage, and you've got a desktop computer that even the most hardened designers, videographers and other pro users will fantasize over.

The new Mac Pro won't be out â€˜til later this year, giving you enough time to save up for its sure-to-be-hefty price tag. A Christmas gift for your photographer hubby, maybe?

Whether it's wearable technology, gaming devices or futuristic computers, there's undoubtedly something that'll catch the eye of your male half. What do you think will be the next addition to his collection?