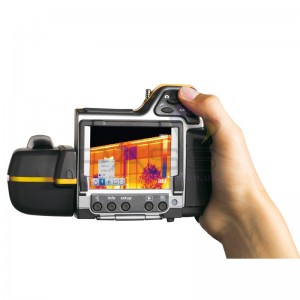 We live in an age where we just cannot afford to let go of the grave consequences that global warming is inflicting on us in some way or other. Of course, people are more concerned about raising awareness on this issue, as well. When it comes to thinking of the newer methods of conserving the environment, experts are particularly emphasizing on the need to measure carbon footprints, and reduce them to the lowest extent possible. One of the simplest ways to do it is using thermal imaging camera and conduct a home energy inspection. Considering that it is a relatively new concept in the arena of carbon footprint reduction, you might be wondering what it is all about. Here's the basic on using this equipment.

What do you mean by thermal imaging camera?

How do thermal imaging cameras work?

Thermal energy is radiated by all the objects from their surface. To sense the thermal energy, a detector named microbolometer is used by modern thermal imagers. Microbolometers are mainly composed of pixels which are made up of variety of materials such as vanadium oxide and amorphous silicon. When an object radiates thermal energy it strikes the pixel material and thus the material is heated by changing its electrical resistances. The resistances can be translated into a temperature value and it can be measured. By assigning shades or colours of the temperature values a thermogram is produced.

The thermographic camera uses a certain technique. It is called density slicing. Here the monochromatic images are shown in pseudo colour. This is because human eyes are able to observe intensity differences clearly. If we can understand the principle clearly it is easier for us to know using thermal imaging camera how home energy inspection can be done.

Normal optical cameras have much more higher resolution than thermal imaging cameras. During measurement of temperature, warmest parts are coloured white, in intermediate temperature it is yellow and red and the coolest part is blue. To identify the temperature ranges normally a scale must be used.

With the thermal imaging camera while doing an energy audit, the resistance to heat flow and the area and various components are recorded. The air infiltration rate and leakage rate is then figured out. This exercise is done to quantify the overall thermal performances of the building. This inspection also counts programming, efficiency and physical condition of the mechanical systems like thermostat, ventilation and heating.

Apart from being energy efficient, a thermal imaging camera also helps in night vision to every boater. If you are setting out early, or if you are scheduled to come back home late, then this equipment will help you to see crystal clear even in absolute darkness. It can create images by displaying tiny images in heat, thus allowing you to see any obstacles, landmarks as well as other vessels. So with this unit, it will be easier to avoid hazards like floating debris and rocks.

Mike Smith is author at LeraBlog. The author's views are entirely their own and may not reflect the views and opinions of LeraBlog staff.