[youtube https://www.youtube.com/watch?v=1VOt1XGzwIU]The smartphones in Samsung’s Galaxy ‘S’ series have long been considered some of the best Android handsets available. With the release of the Galaxy S5, Samsung has taken its flagship handset even further. Not only is it faster and more powerful than the Galaxy S4, but it also includes many useful new features. 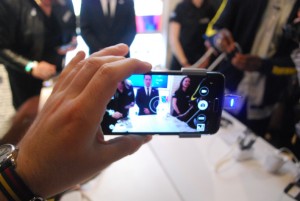 A better camera is a standard requirement of all new high-end smartphone models, and the Galaxy S5 does not disappoint . The new camera packs in an impressive 16 megapixels to provide crisp and clear images. Perhaps even more impressive, however, is the new autofocus, which can focus on a shot in just 0.3 seconds, making it even easier to capture those important moments without having to wait around.

Users will also now be able to change the focus of their images after they have actually taken them. This feature, combined with the other improvements, means the Galaxy S5 boasts one of the most advanced cameras of any smartphone currently available. 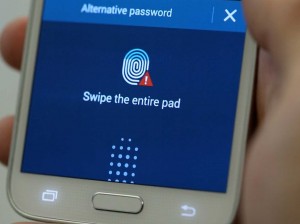 Now the handset can be unlocked with a single swipe, making the process of getting into a locked phone quicker and easier. In addition, Samsung has teamed up with PayPal to enable users to make online payments using the feature.

This could well prove to be the most revolutionary feature of the phone. Users will now be able to buy goods online without having to remember a password, which could change the whole face of online shopping. 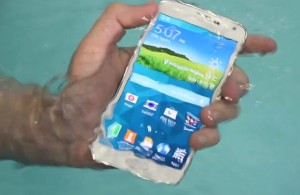 The fact that the Galaxy S5 is now both dust proof and waterproof up to a meter for half an hour may seem like a relatively minor feature. However, this feature makes the phone a lot tougher and means users will no longer have to worry about getting the smartphone wet when they are out and about. 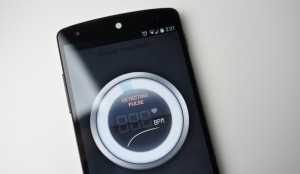 Health is becoming an increasingly important area in smart devices, and the Galaxy S5 has taken advantage of this by incorporating a heart rate monitor. Users simply have to choose the S Health 3.0 app, which comes included, and then place their finger over the sensor next to the flash on the back of the phone to get their heart rate. 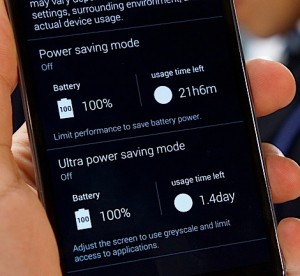 Despite all the improvements in mobile phone technology, one thing that still annoys users is that the batteries never seem to last long enough. Samsung has attempted to solve this by adding a power saver mode to the phone. This keeps all of the vital phone settings on while turning off the other features, allowing users to get more life out of the phone.

One of the Most Advanced Smartphones Available

The appearance of the Galaxy S5 is remarkably similar to both the S4 and the S3 handsets, and Samsung has not made any really significant changes to its premium smartphone. However, the added features combined with the improvements in performance and speed make this the best Galaxy S phone to date, and it will surely prove to be a huge hit with Android fans.

Interested in useful tips and tricks for your Galaxy S5? Watch this video![youtube https://www.youtube.com/watch?v=0_MfMUN_FNM]