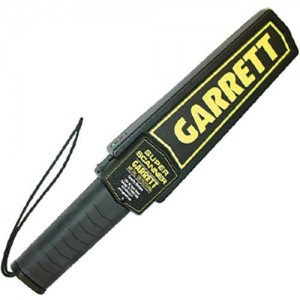 Courthouses are places where criminals come and go on a daily basis some are handcuffed and shackled while others are not such as in certain domestic abuse cases. Courthouses are also a place where victims come and go and appear in front of judges and have to face the person or persons whom assaulted the victim. Having metal detectors in courthouses is necessary in order to prevent unnecessary violence wherein a victim and even a criminal can harm others while inside of the courthouse.

The probability of violence in a courthouse is great. For obvious reasons, victims who are seeing their assailant after a heinous crime may feel compelled to harm and even kill the person who committed the crime against the victim. Angry spouses may want to kill their estranged spouses as well as some criminals want to not only kill the arresting police officer but the judge who passes sentence against the criminal.

Courthouses are generally not happy places due to what goes on behind the doors of each courtroom. Courthouses are houses where judgment of guilty or not guilty is passed from a judge to another person. Many people whether it be a criminal or a victim feel that instant justice should be served; depending on the severity of the crime.

Without the safety net of metal detectors in courthouses, the crime rate would certainly increase as victims attempt to become vigilantes by taking the lives of the criminal, the arresting officer, the judge and possibly innocent people who are sitting in the gallery of the courtroom.

Metal detectors are a necessary evil in a courthouse when it comes to the safety of the general public and again, this includes victims, criminals, arresting officers and judges. There are very few instances wherein a weapon is somehow sneaked past security which not only entails the metal detectors that you walk through, but pat-downs as well as the hand held metal detectors. In these instances there have been certain murders that have occurred while a courthouse proceeding was in process.

Victims of a crime can have such feelings of rage that there is only one thing that is going through that victim's mind and that is to kill the criminal. Same with jealous spouses who want the â€˜ultimate' sentence of death brought upon their estranged partner. It is a sad world we are living in, however, without metal detectors in our courthouses there would be more crimes committed daily.