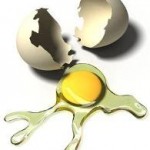 Videos are taking over the Internet. Each minute there are one hundred new hours of video uploaded to YouTube. That means in creating your marketing, if you don't have any video, you're probably the last one on the boat. If you are using video, there are some common mistakes you might be making to market your product.

Most people remember 95% of what they see in a video compared to 10% of what they read. YouTube alone gets over four billion views per day. That is a lot of viewers that you can't afford to miss, which is why you need good quality videos that catch the right people's attention.

If you're going to make videos, make them good.

One of the biggest mistakes of marketing is having a poor quality video. Since there are so many amateur videos out there now, if a video doesn't look somewhat decent people won't waste their time on it. Chances are a similar video is probably out there in a better quality.

Sound is the number one reason for someone to quit watching a video online. Sound is better when it is recorded with a separate microphone and matched up with the video. However, if you are going to be taking the sound straight from the built in video camera microphone, make sure the video is being shot in an area where there isn't much distracting background noise. Another key element is to record your audio at an appropriate level. You'll want to aim for around -10 db. The one easy thing you can do to catch most of these mistakes is start recording on location for a little bit and then play it back and check the sound before just shooting the whole video.

Another common mistake of marketing videos is that they are too lengthy. The average attention span of viewers has decreased dramatically since the age of radio and television. If viewers don't like how long an online video is taking to deliver its message, they can simply click on another recommended video that will probably tell the same message in a shorter amount of time.

Make it mobile and for the masses.

One of the most common mistakes of video marketing is that people don't optimize their videos for all devices. Now more than ever people are using their phones, tablets and other devices in place of only using a computer to surf the web. This means that videos need to be optimized to view on these devices in addition to the Internet. If people come to a video on their device, but then can't watch it because it is not optimized, they will turn away and never come back. Although YouTube does bring in a lot of views, there are other sites you should be uploading your videos to as well to get more views. On site video can actually help your website rank higher in search engines as well, because it makes them more credible, not only to search engines but also to people.

Mollie Barnes is a writer for Lift Division, an online marketing company that focuses on video production and video marketing in and around Columbia, Mo.