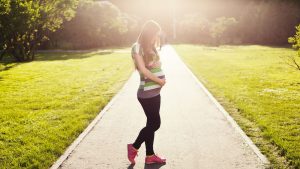 When you are pregnant and it becomes visible, everybody asks what will be the gender of your baby. Grandparents, mothers-in-law, the father itself, random people in the store, the woman sitting on the same bench in the park, they all have guesses and theories how to predict it. They all claim to have the most accurate foolproof technique to figure out whether you’ll be buying a baby crib in pink or in blue.

In a study, published in 1999, researchers asked a hundred mothers-to-be to guess their baby’s sex, using whatever method they wanted. The women were right 55% of the time. The study also shows that pregnant women with higher levels of education were far more exact in predicting their baby’s sex. They were correct 71% of the time. These women admit that their gender predictions rely on dreams or feelings mostly.

So Which Are The Most Precise Foolproof Methods?

These days advanced medicine offers plenty of high-tech procedures to predict baby’s gender. But still, you can have lots of fun using the old wives’ tales to suss out the baby’s sex before he or she is born.

Here are a few of the most common old wives’ tales:

Nowadays, science is far more reliable at predicting baby’s sex compared with the old wives’ tales. Although even ultrasound can’t always provide 100% accuracy. A lot of factors render influence at the ultrasound, including how many weeks you are in pregnancy, quality of appliances, and most important — visibility of baby’s genital area.

Pregnancy is a miracle. We know the science behind it, but there are such deep emotions and astonishment at the whole process of pregnancy and giving birth. Therefore, it’s a quite funny and exciting to put through these methods and analyse the results.