Typically, women are known to start with families at around the age of 26. This was found in studies done by the Presentations National Vital Statistics Report and the Centre for Disease Control in the year 2013. 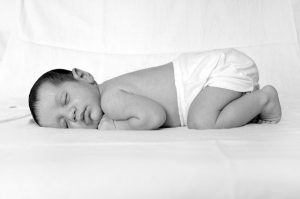 However, in today’s times, we see that men and woman typically wait till their 30s or 40s before they start their families. With every passing year, we find that fewer people are starting families in their 20s or late teens. This was found in a study recently conducted by the CDC.

Why put your career before building a family?

The Director and co-chair of the Research and Public Education stated that as soon as a woman’s career has taken off or she has reached her goal, she only then focusses on building a family. Today we see that women with a good education that has joined the workforce, habitually marry their significant other but they do not waste time trying for kids.

Society has a big impact when it comes down to these choices, yet, cultural factors also play a role when choosing between a career and kids.

This is due to a variety of reasons including the area they live in, their age, wealth status, etc. However, this can differ for women who live in a country that has great paternity and maternity leave, as well as better childcare systems. But in some religions, it is believed that children are riches and even in poorer countries we still see an increase in families under the uneducated.

Good things about having kids later in life

A study conducted in the US during 2000 provided information that showed, women who have waited before having kids had a higher pay rate. This is compared to women in the same age group and with the same educational qualifications but who have had kids. 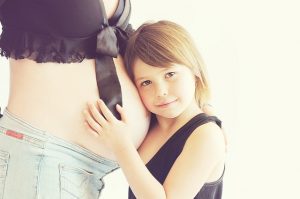 These studies showed that 20 is the average age when women have their first child. But women who have a full-time job with professional degrees aged between 40 and 45, who had their first child at the age of 35 has made more than $50 000 every year. This is more than what a woman would make if she had her first child at age 20. There is an average difference of $16 000 yearly if a woman only waited about 5 or 10 more years to start a family says at age 30 instead of 20.

Only having children at the age of 30 provides women with a good paying salary and it helps them to raise a child in a much more comfortable environment.

Pros, cons, and why it is such a big deal

The implications this holds cannot be ignored, not by the world, countries, and families. Thus, we have to start focusing on changing the timeline for starting your family. With age comes drawdowns, yes, fertility rates decline and this means that having a miscarriage is very likely. Plus, having children at a later stage can put a woman at risk of developing pregnancy complications. Furthermore, having a child at an older age can also put a lot of physical stress on a woman’s body and on the baby as well.

Women raise their socioeconomic status if they gain an education and use it to make money. This means that a working-class mother can easily raise her kids in a middle-class environment if she waits before starting her family.