Creating a film, whether it is a corporate video, a movie, or a short, takes you from idea to reality in just a few steps. When you produce a film you create a visual record of something that was once just a thought process. But getting to the end result is no easy task. Planning the filming for a script is one of the hardest parts of video production, but if you get it right you save yourself time post-filming and you end up with a better finished product. Proper planning is crucial for a video script, which is where the storyboard comes in. Find out how to compose each scene and work out the major shots, action, and angles by using a storyboard to best effect. 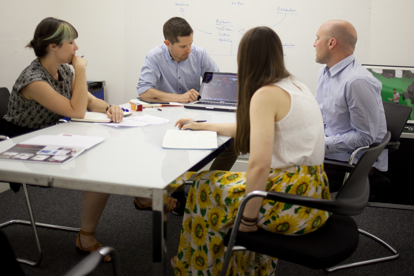 1. Quick Sketch or Work of Art?

A storyboard can be anything you want it to be, so long as it serves your purpose. You can choose a storyboard in the simplest format - stick figures with several lines beside the picture describing the action. Or you can let your creative streak run free and draw beautiful images (great for impressing a client). Or, use software to assist you.

2. Study Your Locations Before Storyboarding

Before you put pen to paper, look at the locations in detail. You need to look for the angles, and it helps to take photos and make notes on location. You can create a basic storyboard by having friends stand in as the actors then take a set of pictures, putting them together in PowerPoint to see how it generally looks.

Your storyboard doesn't have to be a work of art but it does help to include key details and keep to the conventions of the storyboard when describing shots. For example, you need to illustrate the direction of the zoom, pan or tilt. Also you can add script notes to the storyboard. And make notes of anything that occurs to you as you plan, for example a list of props or any special effects you need to look into.

Once you have completed the storyboard you can make the planning procedure even more comprehensive by completing a shot list. The shot list ensures you don't waste time setting up and taking down, by squeezing as much as you can from one set-up after another. The shot list groups a set of the same type of shots together and you use it as a schedule along with the storyboard.

Why is a storyboard important? Ask a professional video production company and you'll get the answer "because it saves you money, time, and stress." Because you understand how the shots work together and you won't be surprised during the editing process when bad angles or strange juxtapositions turn up. You will also ensure that you don't miss any coverage and that each scene has enough information. You can't go back and reset the entire scene at a later date because you forgot to include a shot of the main characters talking. With storyboarding you cut the risk of this happening and you save money.