Many people in Western nations have not heard of the United Arab Emirates. Even less people have heard of the men who rule these nations. This may soon change however, as Sheikh Saud Bin Saqr is working hard to improve Ras al-Khaimah. Ras al-Khaimah is one of the members of the UAE, and it is quickly becoming one of the more well known thanks to his leadership. But just who is this man? What do we know about him? And what should we expect in the future for the UAE? 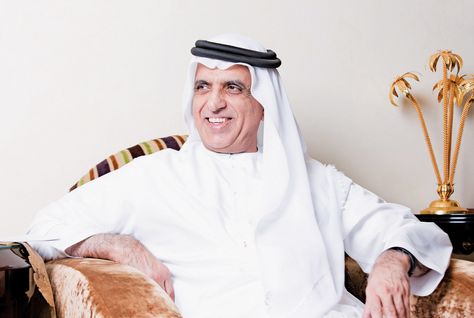 Sheikh Saud Bin Saqr , a lesser known UAE ruler, was born in Dubai back in 1956. Hi father, Sheikh Sawr Bin Muhammad Al Qasimi was the ruler of Ras Al Khaimah until his death in 2010, at which point Saud took over. As a child, he completed his education in Ras Al Khaimah, and then went and attended the American University of Beruit in 1973. His goal was to obtain a degree in economics. When the Lebanese civil war broke out however, he transferred to the University of Michigan, where he eventually received his bachelors degree in economics and political science.

After returning to his country, he became the Crown Prince and Deputy Ruler when his father unexpectedly dethroned his half brother. This was caused by political differences related to the US war in Iraq, and caused some unrest inside the emirate. When his father ultimately passed away, Saud ascended to the throne, where he has ruled ever since.

During his reign as both Crown Prince and Ruler, Sheikh Saud Bin Saqr has implemented a wide range of initiatives aimed to help not only his emirates economic growth, but cultural. Early on, Saud was a co-founder of RAK Ceramics. Over the years, this has grown to one of the largest ceramic providers in the entire world, and has brought a large amount of economic growth to Ras Al Khaimah. Another area that has been a focus for Sheikh Saud Bin Saqr has been Education. Each policy he considered must be based in solid research, ensuring that all of his decision are the best possible answers. He has also worked to improve the educational system in Ras Al Khaimah, so that the citizens there can also be more well educated. Besides education, Sheikh Saud Bin Saqr has also increased efforts to improve the healthcare system there, along with better urban development planning. He is working hard to improve the lives of everyone there by giving them access to the things they need.

This is just the tip of the iceberg when it comes to the policy changes Sheikh Saud Bin Saqr has made during his reign. In addition to the things mentioned above, he has also stated that he would like Ras Al Khaimah to become completely sustainable, in an effort to secure his emirates future. He wants them to be oil independent, so that their future is not tied to another country. All of these initiatives and more have been implemented in just the past few years, with more on the way. With all of these improvements in such a short period of time, we are bound to be hearing more about Ras Al Khaimah in the near future. Hopefully this article was able to shed a little bit of light on the man in charge, so that when his name is inevitably appearing more often in the news, you will know who he is.