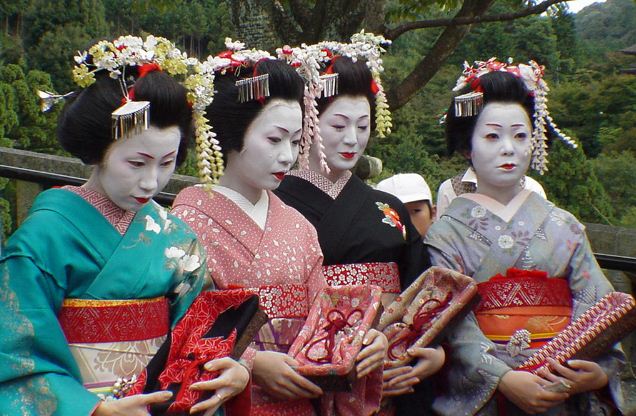 Japan is one of the oddest place in the whole world with a unique convergence of circumstance, tradition and technology. The Feudal samurai ideals has managed to combine with some of the most advanced technologies while it remains to be the only country with living survivors of the atomic bomb disaster. Even though Japan plays host to one of the best economies on earth, its culture is one thing that outsiders have failed to understand. Here are some of the aspects of this culture that most people would consider strange, this ranges from sexual practices to the snacks they eat.

Hikikomori
The Japanese population contradicts the earth’s population because instead of growing it is reducing because of the outdated infrastructure. The major cause of this is the hikikomori. This is a problem that mostly affects the young in the society and they tend to completely withdraw from the outside world. The causes include massive academic pressure and the rising of the internet.

Low Crime Rate
Apart from the legends of the Yakuza, criminal activities in Japan are at their minimum. This is partly due to the strict laws that do not allow ownership of handguns and ceremonious swords without registration. However, the rate of conviction is very high since almost everyone standing trial ends up in jail. Capital punishment is allowed in Japan with death row inmates only being informed about their fate hours before they are killed.

Japanese Snacks
Most of the snacks eaten by the Japanese always seem to contradict with those from the western. The Kit Kat chocolate is a famous snack owing to its similarity in name with the phrase “kitto katsu”. It is normally eaten by students before sitting for their exams as a sign of luck.

The KFC Tradition
Even though the Japanese are known to stick to healthy diets including rice and tofu with vegetables they have a weakness for American food. This includes the Kentucky Fried Chicken, which are found in almost every corner in the major cities. It has become a tradition to eat chicken on every Christmas Eve and the Japanese would be found in long queues in KFC every 24th December.

Dying Alone
One of the things that rarely happens all over the world is dying alone, but in Japan it is a common occurrence. This is because most of the elderly population ends up dying in their home. This is a big issue as some of them can go undiscovered for months or years. This phenomenon is what is known as kodokushi. There are several companies that have specialized in cleaning apartments in which such misfortunes have occurred.

The Panchiko
This is a unique game that combines slot machines with pinball. It is basically a machine that stands upright and the player has to shoot balls that will come down through some pins in series. In case the ball ends up in the right spots then more balls will be produced. Despite gambling being an illegal activity in japan, the winners are always awarded according to their scores.

The Double Tooth Smile
This is a weird trend in which the young women get double tooth in order to give their smile a crowded appearance. The trend is known as yaeba. It is a bizarre thing especially since kids all over the world are being forced to wear braces to have straight teeth. The good thing is that it is reversible.

High Suicide Rate
The rate of suicidal cases being reported in Japan is surprising high while they have very few cases of homicides. Suicide was considered an honorable way of protecting the family’s reputation but this attitude is slowly changing.

The Working Nation
The Japanese are known worldwide for their industrious nature. However the beer industry is also making its mark in Japan. This can be seen in the drinking competitions usually done as a symbol of the Japanese business class. They don't have to worry about hangovers since taking a nap at the place of work is not that bad. It is considered to be something done by hardworking employees to ‘recharge their batteries’.