We all know that the heart wants what it wants. So whether religion is a big part of your life or it’s never really played a major role, you may find yourself in a relationship with someone who is very religious, part of a different religion or has a family that highly values religion.

With any of those scenarios, religion is going to be something that you’re going to want to regularly discuss with the person you’re dating. While it’s generally not a topic that makes for great talk on the first date, once you get past that point and feel that you may be spending considerable time with this person, you’re going to want to learn more about that part of their life.

Two big steps in any relationship are visiting your partner’s home for the first time, as well as going to the home of their parents. And when a different religion is involved, it may mean that you see decorations with symbols you don’t recognize. To give you an idea of what you may see, here are the most popular symbols of four prominent religions:

The crucifix and the Virgin Mary are the two most common symbols of Catholicism. Of all the religions we’re going to cover today, many people feel that Catholics do the most in terms of decorating their homes with those religious symbols. It’s not uncommon for individuals who classify themselves as devout Catholics to have at least one religious symbol in every room in their home.

Why are home decorations so prominent within this faith? According to Catholic Inspired, “keeping a crucifix in each room was to remind us that God is always watching and is always with us.” Additionally, many members of this religion feel that by having religious symbols around their home, it provides their entire family with a constant reminder of the differences between right and wrong. 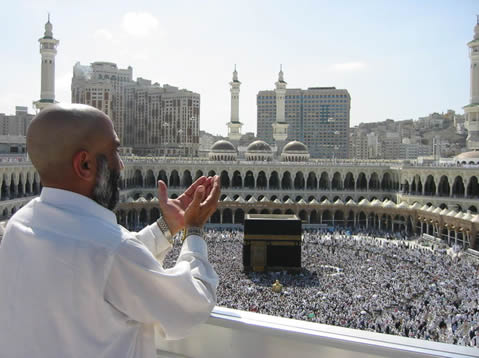 The Islamic religion doesn’t have any official symbols. That being said, there are a few that are quite common, and that you’ll likely see if you visit the home of someone who practices this religion. The best-known symbol is the star and crescent. This symbol has a crescent moon on the left, and then a star within it on the right. The reason a lot of people who aren’t involved with Islam still recognize this symbol is because it’s featured on the flag of Islamic countries like Pakistan and Turkey. So someone who is originally from one of those countries or has a lot of family members from an Islamic country may proudly display the flag on their wall.

Although not quite as common as the star and crescent, Allah in Arabic script and the sword are two other symbols you may see. Allah in Arabic looks like a fancy W with accents on top, in between and a line on the right side, while the sword is a Shi’ite symbol for Iimam Ali.

A gold plated menorah, glass evil eye wall hanging or a shofar are a few of the items someone who’s Jewish may purchase from a Judaica store and put in their home. The menorah is used to celebrate Hanukkah. It also serves as the emblem of the modern state of Israel. At first, having an evil eye decoration in the home may seem counterintuitive. However, the reason it’s common is it’s believed that having this item hanging up will catch any malicious glances and absorb all the negativity associated with them. Finally, the shofar is a horn that’s used to announce holidays.

While just about everyone is familiar with what Buddha looks like, his image isn’t as common as a lot of people assume within this religion. Instead, an umbrella or parasol is the most popular Buddhist symbol. It symbolizes protection from harmful force and suffering. Two golden fish are another common symbol. This is used to represent luck, fortune, courage and fearlessness. Finally, the conch shell is a symbol for the the deep and joyful sound provided by the Dharma teachings.

While this list should give you a good idea of what to expect when you visit the home of someone you’re dating or even their parents’ home, if you see an item or symbol and have no idea what it means, don’t be afraid to ask! Since you may have a long future with this person, it’s only natural that you’re going to want to learn a lot about them and their beliefs.

Douglas Suggs is an entrepreneur who’s founded and sold three different companies. For the past two decades, his primary hobby has been learning as much about ancient and modern religions as possible.