We’re constantly exposed to noise, whether it’s a gig or walking past someone using a lawn mower. It’s getting harder and harder to find a truly quiet place. Constant exposure to loud noises can cause damage to your hearing. To test your ability to distinguish different sounds you may consider hiddenhearing.co.uk.

What counts as loud?

Most experts recommend using earplugs when exposed to sounds of 85dB and above. This means protecting your ears against the noise of power tools, machinery, too-loud music and even screaming children (if only…). 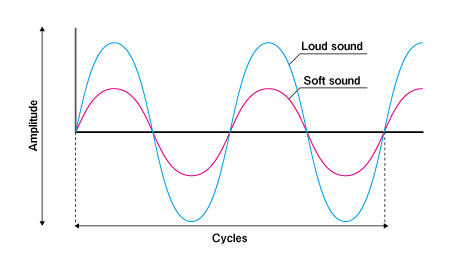 It’s official, music has become louder. The Echo Nest is a music company in Massachusetts. They’ve analysed the top 5000 songs since 1950 and the results are astounding.

From 1950 to 1990, music slowly increased in volume. From there it exploded and in the last 20 years alone, music has increased in loudness by 39%.

This isn’t anything to do with how loud you listen to your music through your headphones but how the quietest parts of the songs compare to the loudest. These quieter parts are getting louder and louder, meaning the overall experience of modern songs is louder.

A rock concert hits about 120dB (the same as an overhead thunderclap, incidentally), that’s way above what’s considered to be loud and why you often see musicians wearing earplugs.

Traffic comes in at around 85dB so you can get away with hearing it during your daily commute but if you work outside in a heavy traffic area, you could be at risk of hearing loss.

In 1981 the Noise Effects Handbook estimated that more than 100 million people in the USA were exposed to noise sources from traffic near their homes.

Our habitation of this planet is constantly growing with new houses being built and more infrastructure being put in place. A study into the annual volume of construction showed that the volume of output has doubled between 1958 and 2010.

This means we’re now even more exposed to the sounds of construction work going on around us. When you consider that a jackhammer can reach 130dB (and that’s from 100 feet away), this could have quite an effect on our hearing.

The world is definitely getting louder whether it’s the noises we hear every day or the fact that we’re listening to music at levels that could really damage our hearing. In order to protect your ears into later life you need to wear ear plugs when exposed to a lot of sound. This is especially true for anyone who works in an industry where they work with motor vehicles, jet planes, machinery or power tools.

In these cases, employers should provide the right protection against hearing loss. Noise induced hearing loss affects around 50% of construction workers so even if your employer hasn’t offered some protection, you should ask for it.