Choices in the area of ​​intimate life are always hotly debated, albeit in the private sphere. Sexuality seems more scandalous today than ever, but there have been times that historians are assuring us that not even the contemporary man can understand them.

The morals, but also the customs of the times in which our ancestors lived, are deciphered from the chronicles of antiquity.

Sexuality in Greco-Roman antiquity was a mix of freedoms and customs that we find amazing (Source: en.wikipedia.org). It is unjustly believed that Antiquity was the heaven of non-repression because Christianity had not yet introduced the worm of sin into the stopped fruit. In fact, heathenism was paralyzed by a multitude of oppressors. Antiquity is not the paradise of the absence of repression. There are principles here, only that they seem amazing to us – which should remind us in the end that all beliefs have a relative character, including our own.

The true libertines of ancient times were those who violated three oppressors:

The only possibility for an honest man to secretly see the nakedness of his beloved woman was for the moon to pass through the open window at the right moment. About unbridled tyrants – Heliogabal, Nero, Caligula, Domitian – they were rumored to have violated other oppressors: they had made love with married women, with virgins in good society, with free teenagers, with vestals, and even with their sisters.

There were two absolute infamies: the man weak enough and selfless to put his mouth to the pleasure of a woman and the free man who, failing to respect himself, was passive enough (impudence) to let himself be taken.

Pederasty was an unimportant sin as long as the connection was between a free man and a slave or a man of humble origin. It was often said that boys offer quiet pleasures that do not spoil the soul, while the passion awakened by a woman subjects the free man to painful slavery. 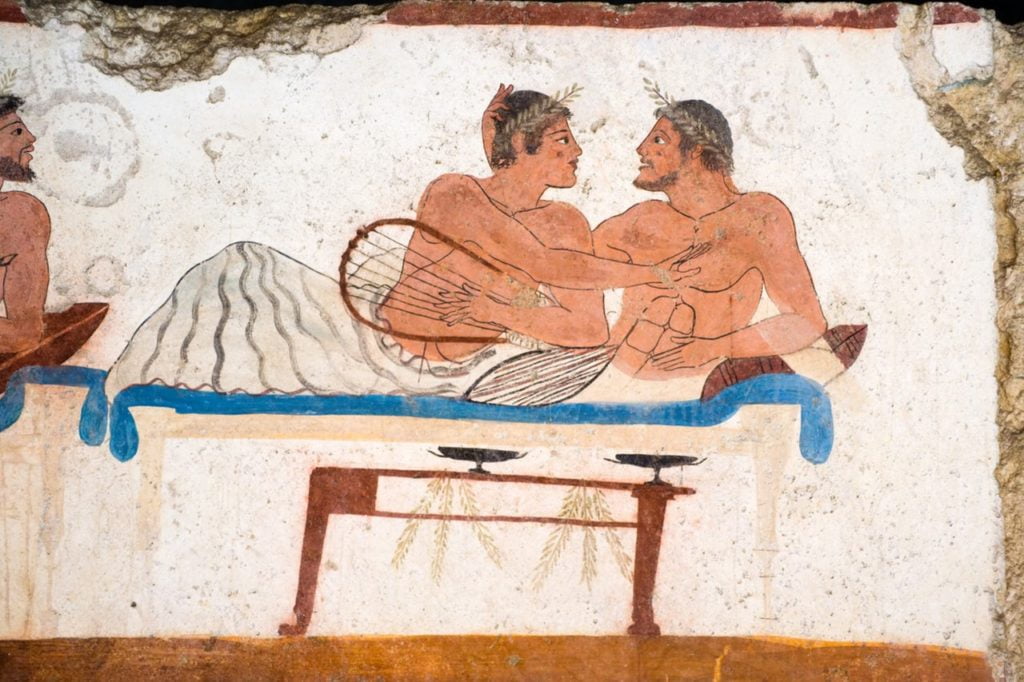 The long commented reports are those that took place between people of the same sex. Yes, it was a frequent love practice in ancient times, but it had its rules too. First, the difference between homosexuality (love between two mature men) and pedophilia (attraction for a teenager) had to be made. For aristocrats it was natural to have very young mistresses, coming from slaves (Source: stanford.edu).

Pederasty was common throughout Greece. Some historians argue that the practice has its origins in the initiation rituals of the Dorians. The Dorians, the last tribe to migrate to Greece, are often described in very masculine terms. Pederasty would have developed in Crete, where older men would have kidnapped young people, usually spreading across the continent. Various factors led to this: the nudity of young people – as can be seen on ships, military camaraderie, a certain type of education. Love was allowed, but this love can exclude sexual intercourse. Although relationships between an adult and a child under the age of 12 were considered inappropriate, there is no evidence that pedophilia was punished. Erast (the older partner) is the model that the eromen (the young one) must imitate. The former tries to shine, to assert itself, to self-transcend and to convey an ideal to the latter, who strives to show himself worthy of his lover. Normally, this report ceases as soon as the teenager begins to grow his beard, usually around the age of eighteen. The ideal of the erast is to train the eromen so that it reaches maturity, initiating him into social activities, talking to him, living with him – a kind of spiritual fatherhood.

In Sparta the relations between the two were formalized through banquets; the parents of the young man support the expenses and invite the teacher to spend the first night in the company of the young man who was to be initiated into war… and beyond. 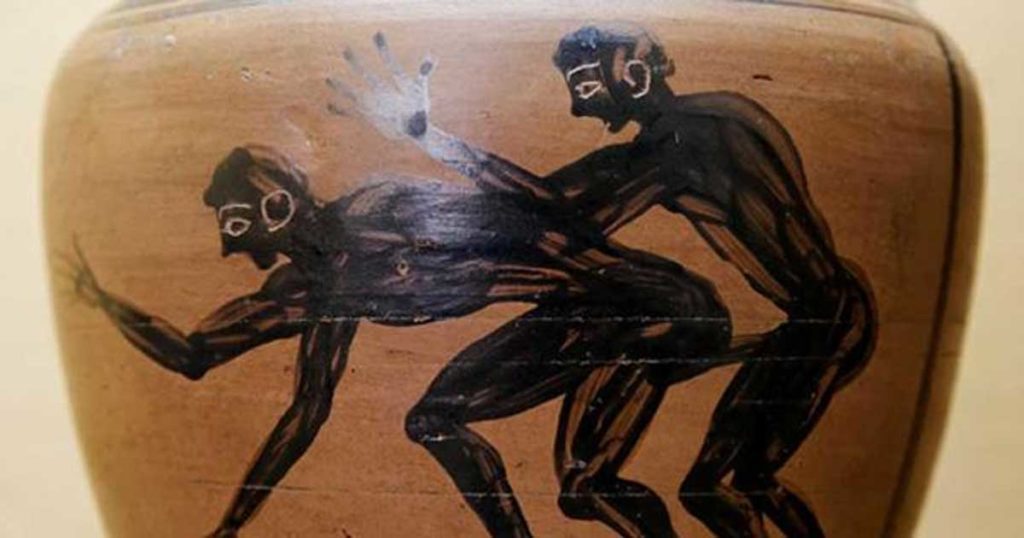 Love and sex in the open air in the Piraeus Port

If both partners were mature, things would look different. Different not only from pedophilia but also depending on the city.

Homosexuality, the love between two mature men, was viewed differently in Greek cities. Piraeus cemeteries outside the city, fighting schools, brothels, and “casinos” (Kybele) enjoyed popularity in the practice of sex in public, and the line between love and prostitution was often arbitrarily set. (Source: www.escorta.com)

In Athens, every citizen who was surprised having homosexual relations (etairese) no longer had the right to become a city mayor, to enter temples, to plead cases before judges, to deal with the business or to participate in public debates and sacrifices. It was believed that if someone sells himself, it means that he would be able to also sell the interests of the community.

“Greek love” was not unanimously admitted. Public opinion was not very favorable to this practice, especially in the aristocracy. Aristophanes, the father of comedy, satirized on every occasion the notorious perverts by depicting them dressed in women with wigs and robes and calling them derogatory “euryproktoi”.

Homosexuality was still encouraged with a purpose. Legends have been written about the military endeavors of the warrior legions. The love affair was considered beneficial because in this way the lovers fought with an act of double courage and motivation to emerge victorious, both for themselves and for the man they loved. This is the case of Sparta and Thebes. “The first armed unit consisting of homosexuals was established by General Theban Gorgidas, in 378 BC. and called the Sacred Battalion. (Source: en.wikipedia.org) It consisted of 150 pairs of lovers, who fought side by side and loved each other – the ancients say, with such passion that they could not bear to live without each other. When the partner was killed in battle, the one remaining alive fought with even greater courage! The success of such a fanatical unit was not expected and for the next few decades, Thebes was the most powerful state of Greece.