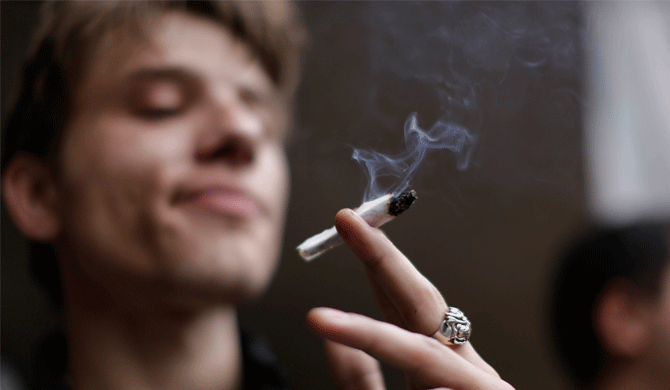 The good news for young folks dealing with addiction issues is that it is far, far easier to stop an addiction in its early phases than it is to stop it later on in life.

Unfortunately, this also works against addiction recovery in that a young person is far more likely to think they can keeping going with their addictions for the time being - after all, it has not gotten to a danger level yet.

In addition, addicts often have peers and these are invariably people who also have addiction issues. When a young addict looks around and sees none of his or her peers concerned with stopping their risky behavior, then there is little peer pressure to stop. Besides that, it is not in the nature of addiction to have other addicted acquaintances stop. This is simply because addicts seek out the comfort zone of being surrounded with risk-taking friends.

It is often said that youth is wasted on the young. Indeed, when it comes to recovery, a younger person regains physical health quicker than an older person in recovery. Not only does there body heal faster, but they have inflicted less damage on vital organs that someone who has been mistreating themselves for a long time.

From a societal point of view, it may also be easier and seen as more normal for a young person to start over again with various endeavors, such as starting a family or beginning a career. Addictions, of course, often derail both social and vocational goals, meaning people in recovery need to restart or focus on goals that were left by the wayside.

Do you consider yourself adaptable? Can you change quickly?

It is just an unavoidable problem that older addicts have many years to solidify some of the thinking and feelings that support their addiction problems. A man age 65 entering mental health counseling for the first time is not immune to change, but there are many layers of sediment (for lack of a better word) pressing down on their self-destructive patterns.

For example, as a social worker, I once asked a young client - a man in his early 20s - why he was not entering a 28-day treatment program, as many were recommending. He said he would be embarrassed to enter treatment.

This seemed fair enough. But I informed him that emotions are fleeting. He might have felt embarrassed on that particular day, but after finishing a 28-day in-house treatment program, he might, I told him, feel extremely proud of himself for getting clean and sober. That same act that made him ashamed could also make him feel extremely accomplished, as if he had climbed a mountain. Within a few days, this young man entered a 28-day program and was indeed proud 30 days later, just as I had predicted.

It was important, as well, that this client sought out heel from a specialized treatment center. Young adult drug treatment programs specialize in problems young adults face, but just as critically, a young person in treatment does not want to be seen as the child in a room full of adults discussing problems that would be difficult to identify with.

The most basic problems with addicts of any age is to get them to see the depth of their problem and realize the danger their behavior represents. Early intervention often requires getting an addict to acknowledge how severe their pain might be. Most people do not glide over into recovery. They require what is called "hitting bottom," which is a place in which they feel they cannot continue their behavior that is so damaging to themselves and others.

The challenge of early recovery is to get to this point without losing hope. And that is one thing in which youth has every advantage. If they take action, hope is within their reach.