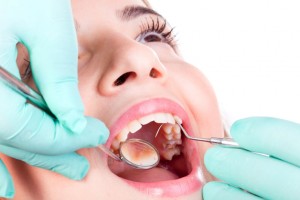 Dental health has been a topical issue in recent weeks after the news agency AP ran an article that claimed insufficient research supporting the common notion that flossing your teeth will help to prevent the cavities and gum diseases. That being said, brushing your teeth and regular visit to the dentists are still undisputed. In the latest study published in the Journal of Dental Research, the Finnish researchers have found a link between the infections n the root tips and the heart disease.

This study was conducted at the University of Helsinki which involved about 508 Finnish patients with heart disease symptoms. A little over a third has stable coronary syndrome and a third were undergoing acute coronary syndrome. Slightly less than a third were not suffering from the disease to a significant degree. These patients were assessed for the heart disease and were given a thorough dental check-up.

The information about gender, age, BMI, diabetes, smoking and use of medications as well as the number of teeth they had were obtained and accounted statistically for analysis. Primarily, the Finnish researchers were interested in scouting for a link between the heart disease and the root tip infection or the apical periodontitis that needs root canal treatment or pulling of the teeth.

Dental Bacteria can spread to the heart

As per their findings, there is a link between the tooth infections and the heart disease. According to the researchers the tooth disease could be an independent risk factor for both the stable as well as the acute coronary disease. However, this research has never fully explained the link between the dental health and the heart disease. As per a Professor at the Department of Oral Biology at the University of Oslo’s Faculty of Dentistry, the hypothesis about the relation between infections and heart disease is not new.

Most studies have looked at the association between oral infections and cardiovascular diseases but a variety of these needed to chart the cause and effect mechanisms. In this Finnish study, the researchers have looked into bacterial infections and also the relation between the heart disease and the infections. As per one of the findings in the Norwegian studies, the presence of bacterial DNA in the cardiac valves and outpouchings in the main artery or the aorta aneurisms indicate that the bacteria can wander from the teeth to the heart through the circulatory system.

The new Finnish study has its limitations since the number of participants who were fairly small only about 508. Despite making allowances in their calculations for other factors which are linked with the heart disease among these individuals they did not control their socio-economical status. Education and income are closely linked to the health conditions especially the choices in lifestyle.

It is feasible that persons with poor dental health have diets which raise their risk of the cardiovascular diseases. On the contrary, the Finnish researchers did not amaze statistical corrections and allowances for lifestyle facts such as smoking and BMI. Additionally, the researchers have also pointed out that in Finland the whole population has the same access to dental services independent of their socio-economic status.

A root tip infection is one of the most common tooth diseases amongst the Norwegians. Therefore, you should stress the maintenance of good dental health as a significant process irrespective of a prospective link for the coronary diseases. Continue visiting your dentists regularly.