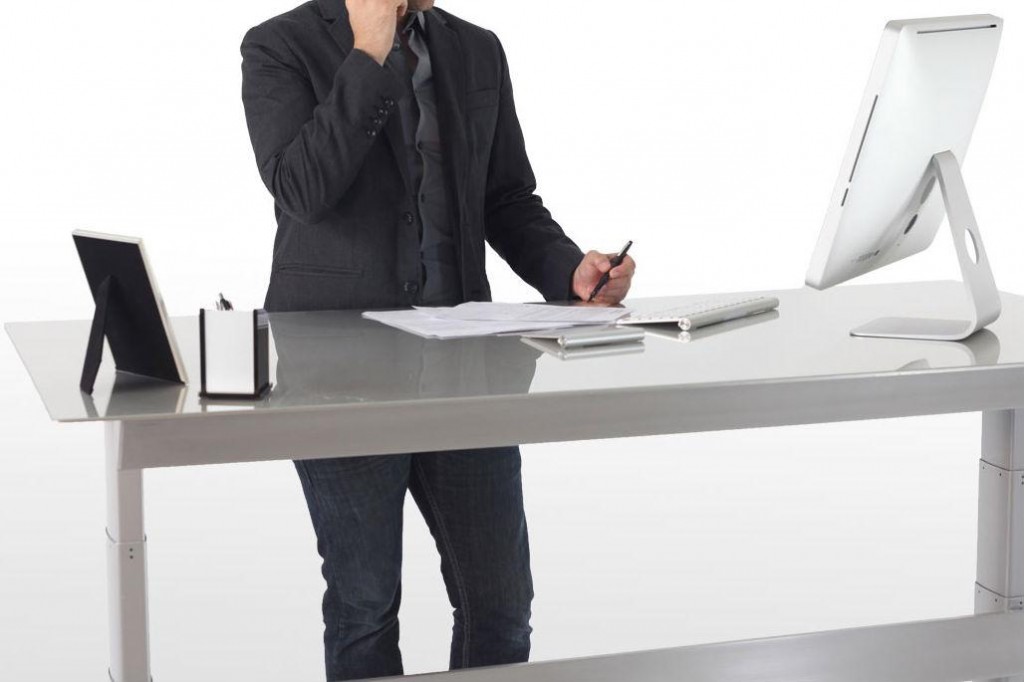 If you're looking for a way to energize and motivate employees, you may just want to consider suggesting a standing desk.

Although this announcement may be greeted with some resistance, you can win your employees over by talking about famous people who used a standing desk: Ernest Hemingway, Benjamin Franklin, Charles Dickens, Thomas Jefferson, Vladimir Nabokov, and Virginia Wolfe.

However, it is not simply an obscure writing trend. None other than sculptor, painter, musician, architect, engineer, inventor, and mathematician Leonardo Da Vinci is believed to have enjoyed the unique perspective that comes from leaning against a standing desk. The Mona Lisa did not come from a man who liked to sit around and think.

In fact, the tradition has been going on for so long that it is not clear who exactly came up with the idea. Apparently, people have been standing at their desks for centuries, even when they had the option to sit down.

The Science of Standing

If these stories about great thinkers are not enough to get them interested in using standing desks, you can take a more scientific approach when describing the benefits of standing setups. Standing more and sitting less can improve health and well-being. In fact, the benefits are rather remarkable.

His studies showed that people who sat at desks all day, every day, tended to be lethargic when they were not at home, too. This meant that they pursued a sedentary lifestyle at homeâ€”watching television while lounging on a couch, etc.

Over time, this indulgent behavior resulted in them over consuming foods high in salt, sugar, and fats. Consequently, they gained weight, and over time, this led to obesity.

His studies also showed that these same habits resulted in metabolic problems, in particular poor glucose regulation in the bloodstream, a condition that could lead to Type 2 diabetes.

"Sitting disrupts the metabolic processes of the body. Our bodies are breaking down from obesity, high blood pressure, diabetes, cancer, depression and the cascade of health ills and everyday malaise that come from what scientists have named sitting disease, "said Levine inJust Stand Up, a book he wrote on the dangers of sitting too long at work and at home.

Other Dangers from Sedentary Living

Levine and other Mayo Clinic researchers are not the only people who found a correlation between sedentary living and ill-health. As early as the 1950s, a study byBritish researchers on bus drivers and conductors called the Cohort Studies showed that conductors whose job required them to either stand or walk around the bus had far fewer cardiovascular problems than bus drivers whose job required them to sit in the driver's seat all day.

4 Tips From "Just Stand Up"

Levine's book,Just Stand,not only goes into the metabolic problems associated with sitting too long, too often, that he even included "self-help" tips:

1. At work, you should alternate between sitting at a desk and using a standing desk. Although standing at a desk is good for your health, this doesn't mean you can't sit down again at work. It just means that you do what feels most comfortable for you at a given time rather than simply only sitting all the time.

2. After work, you should be involved in physical activities. However, even these are insufficient in reversing disease if you sit at work and at home most of the day.

3. Standing at a desk offers similar benefits to walking. Although a brisk walk is superior to standing, standing is far better than sitting because it increases caloric consumption; it tones and flexes leg, back and abdominal muscles; and it increases the rate at which blood courses through the body. In other words, standing, like walking, improves metabolic efficiency.

More than A Trendy Idea

The use of a standing desk is much more than a trendy thing to do in the modern office. There is quite a bit of research that says that a sedentary lifestyle causes a wide range of health problems. While, of course, standing alone is not motivating, what motivates people arises from a desire to do things, and by improving health and well-being through standing and walking more, people have a stronger desire to do things. The antithesis of motivation is pursuing a sedentary lifestyle. Naturally, too, motivated people are much more likely to be productive, which is good for business.