Back in 1993 when Australia won the right to host the 2000 Olympics, it was the confirmation of a sporting nation. Australia is a country with a deep tradition in sporting culture. As far back as the country's history goes, there's always been a passion for the sporting prowess from this island nation. Although a young and relatively small country with approximately 22 million people, the country does well in sport and has actively encouraged their youth to participate in sporting activities for many generations. And it is evident when looking at the long list of Australian champions in a wide range of sporting disciplines. We take a look at a few disciplines and how it has influenced Australians passion for sport. 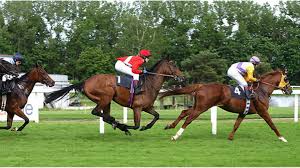 Each November in Australia, the Melbourne Cup is the race that stops the nation. Old and young, locals and foreigners get together for the iconic Australian racing event to admire the jockeys, the horses and the race itself where both the jockeys and the public can share in the success of the day. A true Aussie icon and cultural event.

Australia is a hot country. To beat the heat, Australians will generally go to the pool or to the beach to cool off. Naturally, there is an evolution to competitive swimming and watersports. Swimming programs are actively encouraged in the once a year swimming carnival in schools. From here, there is an opportunity for Australian swimmers to excel in their path for medalling at regional, national and international championships while in pursuit of Olympic greatness. Milestones have been reached by several Australian swimmers such as Dawn Fraser, Kieran Perkins, Brenton Rickard, Grant Hackett and Ian Thorpe to name a few. These athletes have inspired future generations to take the swimming torch and to excel for their own sporting glory, and for the Australian nation. 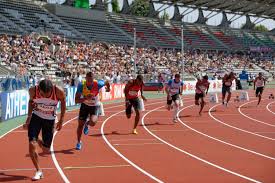 For anyone that grew up in the Australian schooling system, Athletics Day was held once a year. In a bid to see who could run the fastest, throw the furthest or jump the highest or longest, it was a battle of the greats that could see you rise from a nobody to the glorious heights of schooling popularity. This would then transcend into district, regional, national and international championships with people in awe of the performances that someone may yield. With records to be broken and the opportunity to remain in the history books. You will often find someone who can relate. When it comes to the Olympics, you will find the Australian nation standing proudly with their athletes and a respect for their dedication to their discipline in the pursuit of Olympic gold.

Australian boys grow up during the summer playing cricket. We are presented with cricket matches during the summertime. Whether they are test matches, one-day internationals or twenty-twenty matches, they can be interesting to watch and even more fun to play. Don't be surprised by seeing the boys (or even some girls) do their best to emulate their current cricketing heroes, in a bid to become the Australian cricketing hero of the next generation.

There are few different codes of the football sport that are widely played in Australia. There is something about kicking a ball and outdoing your opponents that give you a sense of achievement and adulation by your peers. The forms of the game differ, but everyone is exposed to the different disciplines from an early age. Depending on where you grow up in Australia, certain codes will be more popular than others. Although all four codes are widely promoted on Australian media. The passion of the supporters for each of these codes is even more astounding. In a way, it is a religious cult in itself; but all in good fun.

Australia is a nation that is blessed to be surrounded by a beach coastline. No matter who the person is, a day out at the beach is a fun experience that many people hold growing up. With the beach culture, surfing is an activity that is trialled by many for fun, with a few excelling in the sport to a professional activity. Many Australians hold a deep respect for the professional surfers. You will find that the sport garners widespread media attention when there is news of another Australian in the final or that has been dubbed the world champion.

If you plan to be in Australia and choose not to participate or support sports, then this is the wrong country for you. We are a passionate sporting nation. We love it! And it isn't going to change. So get amongst it, mate!