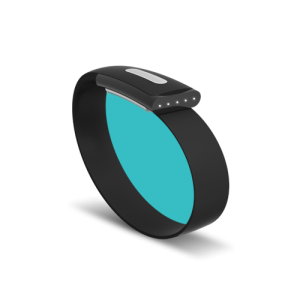 Nymi Wristbands are the newest in identification technology, with Bionym, a Toronto-based company, announcing the creation of a wristband that uses the wearer’s heartbeat as an identification device, zeroing in on the user. This verifies the identity of the wearer, matching what the company has called the heartwave, which is accessed through an electrocardiogram sensor. The Nymi Wristband sells for $750.

This new technology comes on the heels of company’s production of things like the iPhone that recognizes the thumbprint and is the latest in technological advances that promise the consumer more freedom from paper and plastic in general, with the Nymi being easily hooked, via software, with various practical applications like unlocking, automatically, their personal electronic devices to working with specialized door locks to replace keys in general. Future applications are promising, with perhaps a car unlocking or voice-activated car start-up just a couple of interesting, innovative, dynamic ideas that could, in the next decade or two, be on the horizon.

Some applications the company expects are, perhaps, retail purchasing tracking, with suggested items or coupons being a benefit. Perhaps these could take the place of paper identification for flights if the idea caught on, with other possibilities including opening doors at hotels, etc. The Nymi could be programmed directly at the hotel desk, for example.

Apps are expected for the device and should be launched within a year, the company says, with the device due to hit shelves sometime this coming spring. Many people confuse the new bands with those that have become popular recently, the silicone-elastic style ones used to raise awareness around the homeless or cause such as ending breast cancer. The wristbands are colorful, trendy, and popular, with more than just kids signing on to the idea. Often, when wearing one an onlooker might ask what the cause of that band is for. Nymi could have a field day if teaming up with one of these producers, opting to have slogans or causes associated with their bands but most likely look to accent a Nymi with one of these rather than expect Bionym to start customizing these anytime soon.

As for Nymi itself, the new wristbands are making quite a splash in the technology sectors, with much ado about the device that looks, quite innocently, like nothing more than a thin wristwatch band. The electrosensor is lightweight, easy to sport, and does not cause any strain, not more than a wrist watch in terms of the wearer’s stress or comfort.

The website, Tech Crunch, has produced an article on Nymi in which Bionym CEO and co-founder Karl Martin has said that the goals of the company are to pretty much transform the interactions a person has with various interfaces. As he has said, "Device unlocking is really the very simple demonstration of the capability we provide and certainly we can do that on pretty much any platform but iOS. Our thinking is much, much broader than thatâ€¦ Our interest is much more about how can we change your interaction either with your personal technology, in the home environment, or at events, or in recreation environments, things like that."

John Chupon is an author and recognized authority on wristbands, currently working for www.wristbandscity.com which sells Tyvek, plastic, and custom wristbands.