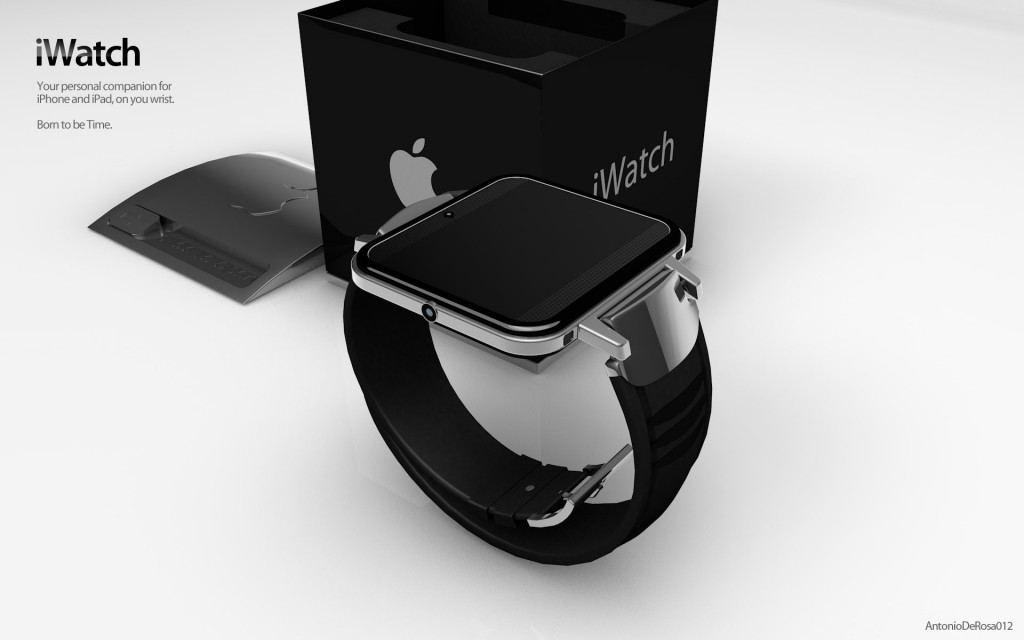 With more and more modern gadgets coming up on the market the next to expect would be a speculated smart watch being developed by Apple. According to Wall Street Journal on 3rd June Apple applied for trademark in Japan probably for the development of the controversial iWatch. Recent rumours about the upcoming device have been spreading that it will be a next generation of wearable computers.

Apple has been getting a lot of public attention recently with all the news around iOS 7 and now with the upcoming new product. To compensate for the strong competition, the chief executive officer Tim Cook has started talking about an advanced “profoundly interesting” wristwatch-like device. However it is believed that Google and Microsoft are working on similar type of technology.

A recent report by Bloomberg declares that around 100 specialists are currently working on the project with design development by the head of Apple`s software-Jonathan Ive. Probably the new device would not be cheaper than $200. With this in mind, if you decide to purchase it, would be essential to invest in gadget insurance and ensure its livelihood.

Here are some of the rumours and predictions that have been happening recently:

Although features have not yet been confirmed, it is believed that the ad on iPhone 5 "Music Every Day" probably reveals what appearance it might have. When it comes to its functions, most would agree that its size would not allow it to have many exclusive characteristics. Therefore it is hard to believe that it would be as powerful as the iPhone but it is more likely that it would serve as a complement to it.

Just as other Apple products it will have the typical look and will run on iOS, have a Bluetooth, and possibly a Home button. Initially, it will probably be lacking camera but the following models are expected to have one. It is hard to imagine that the wearable device would be too big, with screen size of probably 1.5 inches. This would make it harder to be able to type on it, for which it is likely that it would feature a Siri voice control for easier navigation.

You would be able to receive messages, calls and emails directly onto your iWatch. Apart from basic applications like the organiser for your daily tasks, it would be also possible to listen to music and watch your favourite videos. Alternatively, you will also have the chance to upload any applications from the app store. Thanks to that you could always keep yourself updated with your social media profiles like Facebook, Twitter, etc.

It is likely that the battery would be powered by the sun like other watches for extended life. And last but not least, iWatch might serve as a Digital Wallet through which users would be able to purchase products and services online such as flight tickets or booking hotels.

Here is a video of Apple iWatch rumored:

Although it is believed that young people hardly wear watches anymore, Apple is expecting to make the hit and to prove that it is still the number one maker of innovative and desired devices. Apart from that, already lots of other gadgets exist that offer the same functions or even better. So it is hard to think that someone would spend more than $200 on a watch just to be able to see his messages/emails in an alternative way, on a 1.5 inch screen.

It all ends at to be another tech battle in between company giants for the next breakthrough device, who seem to have bigger interest in wearable-type computers than what users would normally need. Although this is my own view, you still have the right to decide on whether or not you would want/need such a gadget.

Iveta Ivanova is author at LeraBlog. The author's views are entirely their own and may not reflect the views and opinions of LeraBlog staff.