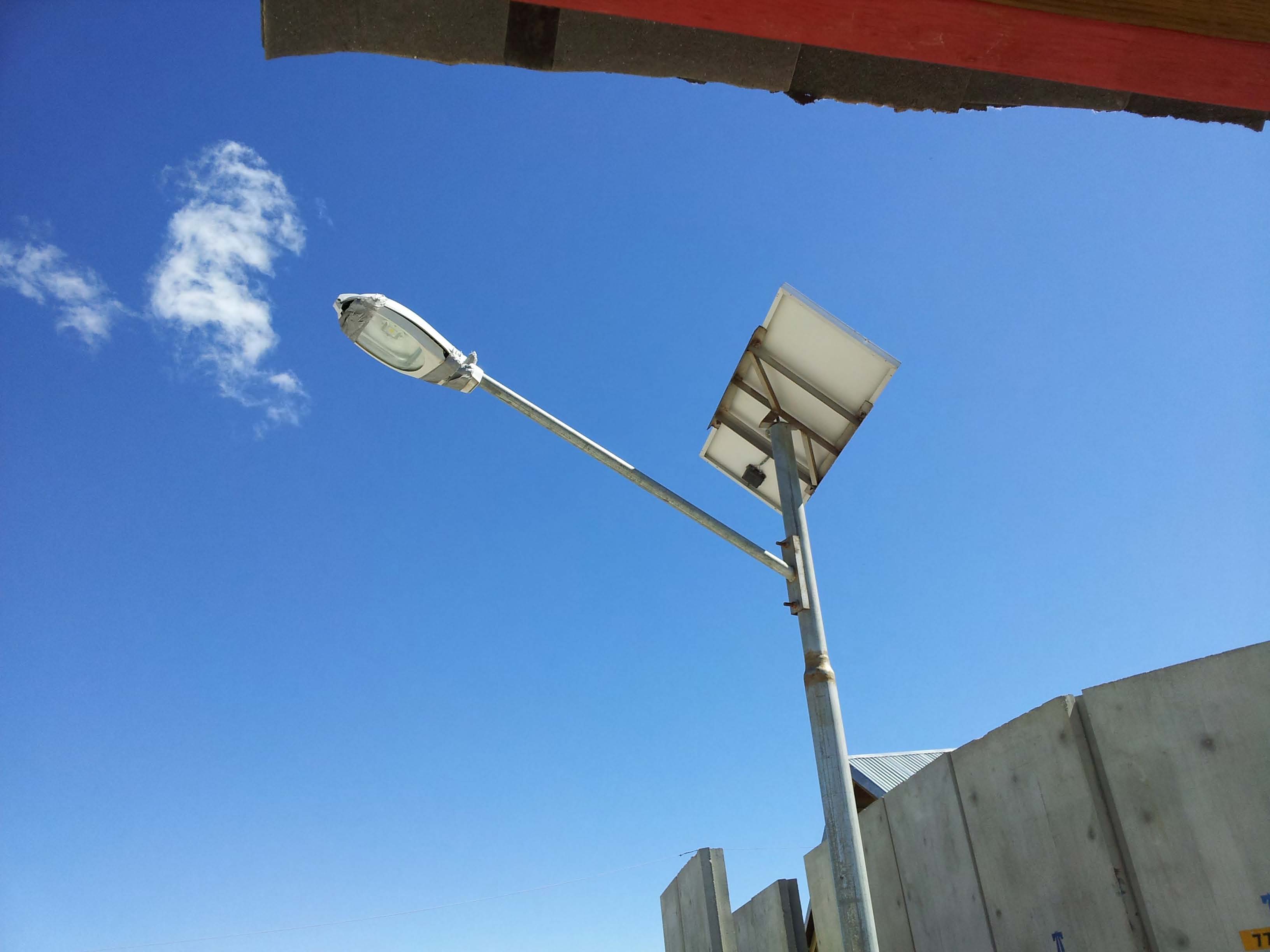 It seems like every year strides are made in "greening up" our lighting options. The technology has evolved so much that CFLs, the bulbs that seemed revolutionary a decade ago, are now not only old news but almost reviled because of their mercury content. Even LED light bulbs feel commonplace. Today's current lighting trend is solar powered lighting.

Until recently, if you wanted to harness the power of the sun you needed to have a solar panel that was hooked up to a traditional power supply. You still had to use regular (or CFL or LED) bulbs and lamps to create light. Now there are lights that are powered directly by the sun. No more mercury!

Solar powered lanterns by D.Light have become incredibly popular in the impoverished areas of Indiaâ€”where residents can sometimes go weeks without any municipal electricity. The National reported on this trend at the end of November. The farmer profiled in the article draws a line from the availability of solar powered lights to the reduction of poverty in his region because children can spend more time working on their studies even if the sun has already gone down.

Gulf News has reported that communities in the Visayas have been using solar powered lamps to help them get through the aftermath of Typhoon Haiyan. Some of the islands there were still without power even a month after the typhoon hit. Manila's Technical Education and Skills Development Authority and the My Shelter Foundation worked together with the goal of producing 1,300 solar lighting units to help people have light in the evenings and early mornings until the municipal power supply could be restored.

Using solar lamps in these conditions is preferable to kerosene lanterns. Why? Because, in addition to having to afford the kerosene, there is little risk of the solar lamp accidentally setting something on fire (a huge risk with kerosene lanterns). The UN reported that many communities recovered the cost of switching out kerosene for solar in a year or less, depending on local kerosene costs and the types of lights being used.

Domestically, solar lighting is slowly but surely creeping into our everyday lives. Some cities are even going as far as to install solar powered lights for their street lights. In private homes, families are switching their outdoor lights over to solar and investing in solar powered string lights to help make gatherings more festive.

Why are solar lights so popular?

They're cheaper. Unlike other types of lights that require electricity for power, solar lights can be recharged simply by sitting in natural light during the day. This can help you save a bunch of money on your electric bills every month.

They're safer. Most people resort to kerosene lanterns when they spend lots of time outdoors or for light when they go camping. As we've already mentioned, kerosene is costly. It can also set things on fire and requires a care of use and storage not required by solar powered lights.

They have fewer emissions. Because the lamps use LED diodes for their light sources, users don't have to worry about accidental mercury poisoning (the way they do with CFLs) or other emissions.

They are convenient. Solar lights don't require extensive cabling for their power. They can be used wherever they are, provided they are charged.

There are lots of reasons that solar powered lighting is the wave of the future. Can you think of a safer, greener and cheaper source of portable light?