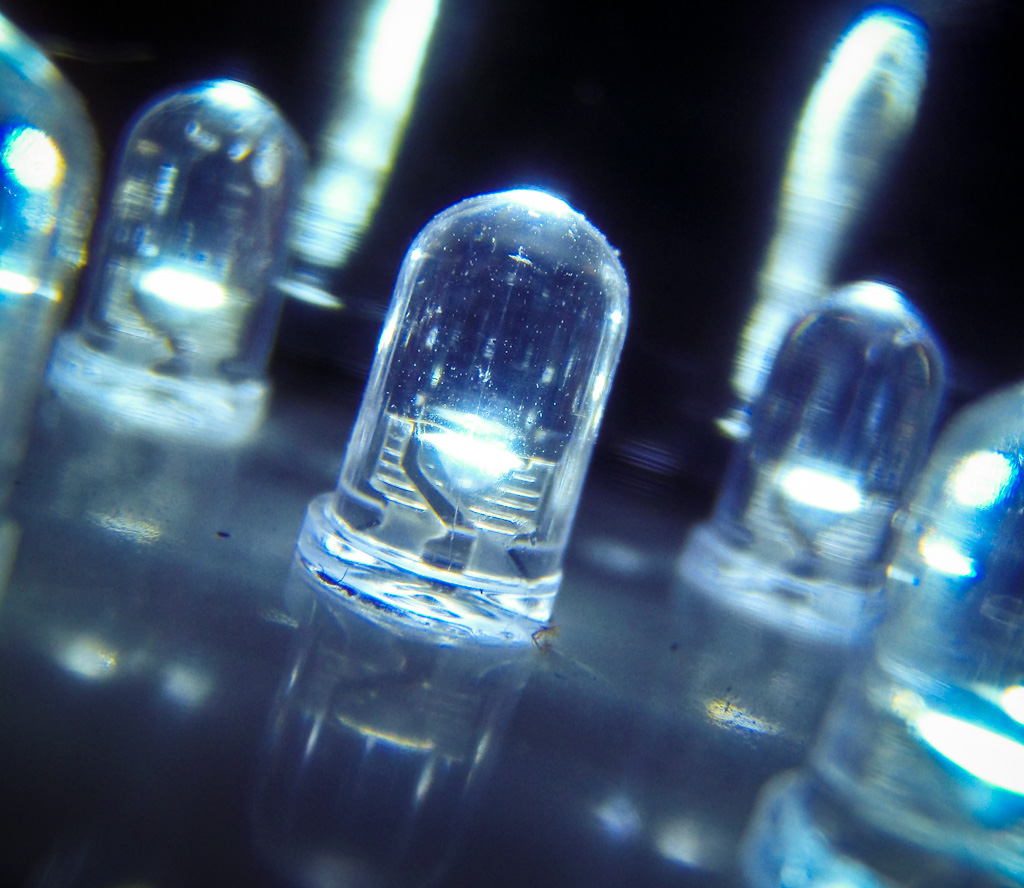 As of 2012 incandescent bulbs will no longer be available for purchase according to some sources. An initial higher cost is likely the reason that LED bulbs have not been previously popular. Although the bulbs save up to eighty percent in energy costs and are five times brighter than incandescent bulbs. As their popularity grows and incandescent bulbs are quickly phased out the price of LED bulbs is likely to drop to more palatable consumer levels in the coming years. An incandescent bulb only lasts for fifty hours while a properly placed LED bulb lasts fifty thousand hours, up to thirty years.

Electro-luminescence was first discovered by H. J. Round in 1907. Round, a British experimenter of Macaroni labs. Russian inventor, Oleg Losev used the discovery to create the first LED in 1927. While his research was distributed to scientific journals there appeared to be no practical use for the invention. Rubin Brainstein of the Radio Corporation of America wrote about infrared emissions from semiconductor alloys in 1955. Finally, in 1961 James R. Biard and Gary Pittman found that infrared light was emitted when an electric conductor was applied. The first LED bulb was then patented.

OLED’s or Organic Light Emitting Diodes are the next generation of the LED bulb. In an OLED the electro-luminescent material that conducts energy and produces light is organic. Materials may be minute molecules frozen in plastic polymers. This breakthrough may result in very thin, flat touch screens with wide angles and very high resolution. Plastic polymer LED displays have the added advantage of being printable and highly flexible. Quantum dots are in the experimental phase and may provide a wider range of color LED bulbs. Quantum dots would revolutionize the displays in liquid crystal display televisions, producing better quality color and clearer displays.

There are four types of LED bulbs.

Advantages and Disadvantages of LED

LED’s are highly efficient emitting far more light than even fluorescent tubes or incandescent bulbs. Cost is often sited as a problem in LED purchases. LED bulbs do not generate as much heat as incandescent bulbs, however if heat is not properly disbursed a LED bulb will burn out much faster.

LED operation is highly dependent on a steady, ambient temperature. LED bulbs slowly fade over time as compared to a quick burn out of incandescent or fluorescent bulbs. A steady supply of current is required to keep a LED bulb burning efficiently. LED bulbs are very durable and last for a very long time. However, some may feel that the direct light is too intense and may wash out an area lighted by LED’s for long periods.

While certainly not the perfect bulb the LED is the wave of the future. The bulbs have not been widely popular do to price. And one can hardly note popularity once incandescent bulbs are no longer available. While there are pros and cons to the bulb consumers will soon have no choice but to purchase a LED. As price has lowered use in LED low output glow sticks for children has increased. These require no electric current and may be used as a light source for several hours. Many emergency and weather radios are no equipped with orange, red, and yellow light indicators. Red signals a warning, orange is for watches, and yellow is for weather advisories and emergency statements. Use of the LED bulb has and will continue to increase. Consumers will come to take advantage of the many uses of the LED and purchase accordingly.

This article contributed by Evie Coles on behalf of led-shop.com.au.