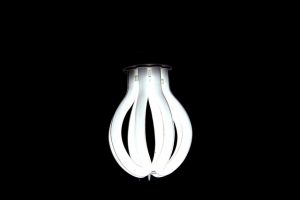 Trying to keep your home’s energy costs down can be a real challenge; after all, you depend on things like heating and cooling to keep your family comfortable and safe. However, there are ways to improve your home’s overall energy efficiency if you’re willing to make a small initial investment. For example, implementing LED lighting into your home can go a long way in terms of cutting down your energy use, thereby reducing your energy bills as well as making your home more environmentally friendly.

Why LED Lighting is so Effective

You might be a little hesitant to begin switching out all of your old bulbs with LED versions—after all, it seems like newer and better technology comes out every few months. Continuously replacing something that becomes outdated after a few months is not only expensive but also impractical. However, LED lighting is the real deal. It’s light years ahead of other lighting options in terms of efficiency. Just consider some of the benefits of using LED lighting:

These benefits result in substantial energy savings. The annual operating cost of 30 LED lights is roughly $32.85 a year, whereas it will be around $76.65 a year for compact fluorescent lights and $328.59 a year for incandescent lights.

Your carbon footprint refers to the amount of carbon dioxide that you release into the air. Human beings naturally breathe out carbon dioxide, but they also produce it from burning carbon-based fossil fuels, such as coal, oil and natural gas. Carbon dioxide is a greenhouse emission and although animals produce it naturally, too much of it causes pollution and has led to global warming. Because of this, reducing your carbon footprint is vital to the environment around you.

How LED Lighting Can Reduce Your Carbon Footprint

All in all, the use of 30 LED bulbs will produce roughly 451 pounds of carbon dioxide a year. Compact fluorescent lights produce 1,051 pounds a year and incandescent bulbs produce a whopping 4,500 pounds a year.

As you can see LED lighting can have a big impact on cutting energy costs and reducing your carbon footprint, but it’s only one of the ways that you can improve your home’s energy efficiency.

Jenifer Huston is author at LeraBlog. The author's views are entirely their own and may not reflect the views and opinions of LeraBlog staff.