2014 came with a lot of significance for different people all over the world. While for some it was a year to look ahead to a brighter economy, the numbers had a symbolic value for others. However, for the tech lovers, 2014 has come with the latest devices that feature the latest technology.

2014 has kept its promise because some really cool gadgets have been introduced into the market. However, some are yet to be unveiled, but expectations are still high as time goes by.
Here are the ten best gadgets of 2014: 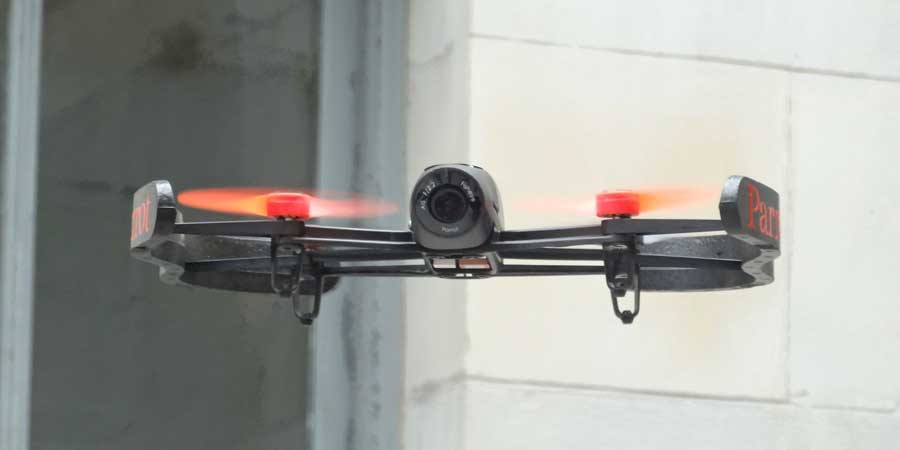 Drones have made quite a fuss in the recent years owing to their versatility when it comes to utility. They can be used for anything which requires an aerial platform, including simply having fun or spying. They are also important commercially because nowadays they are being used for tasks like surveying farming fields, roofs and so much more.

This is what has made the Bepob Drone so popular among diverse people. The French company Parrot has equipped it with an incredible 14 megapixel camera. The lens dubbed-fish lens' is a high definition front facing camera which brings out happenings on the ground in a clear. It can work optimally even from a height of 1000 feet and can fly for 12 minutes on a single charge. This translates to about 2 kilometers of distance to cover under ideal conditions. For convenience, it also creates its own WI-FI hotspot and streams video life while still on the move. 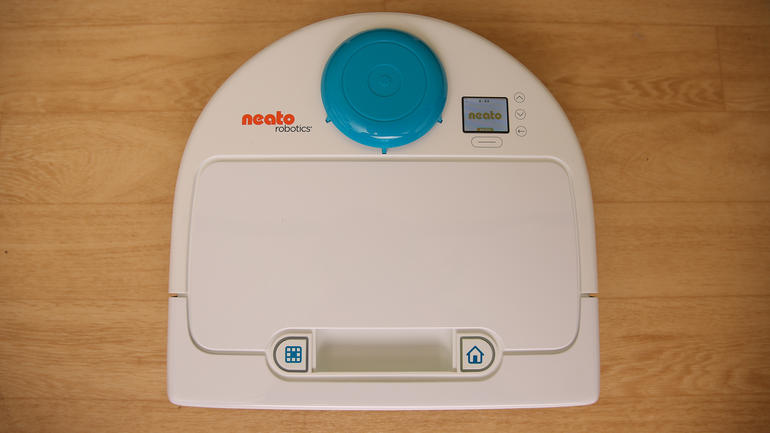 For many homeowners, the chore of vacuuming may be fully automated with the introduction of the Neato Botvac vacuum cleaner. Unlike other vacuum cleaners, this robotic cleaner can be easily programmed to begin work at a specified time.

To get through the furniture and other obstacles easily and fast, the Botvac 85 comes with a laser vision which maps out the objects in the room. It further comes with a strong suction power and a big brush capable of collecting the tiniest of objects. 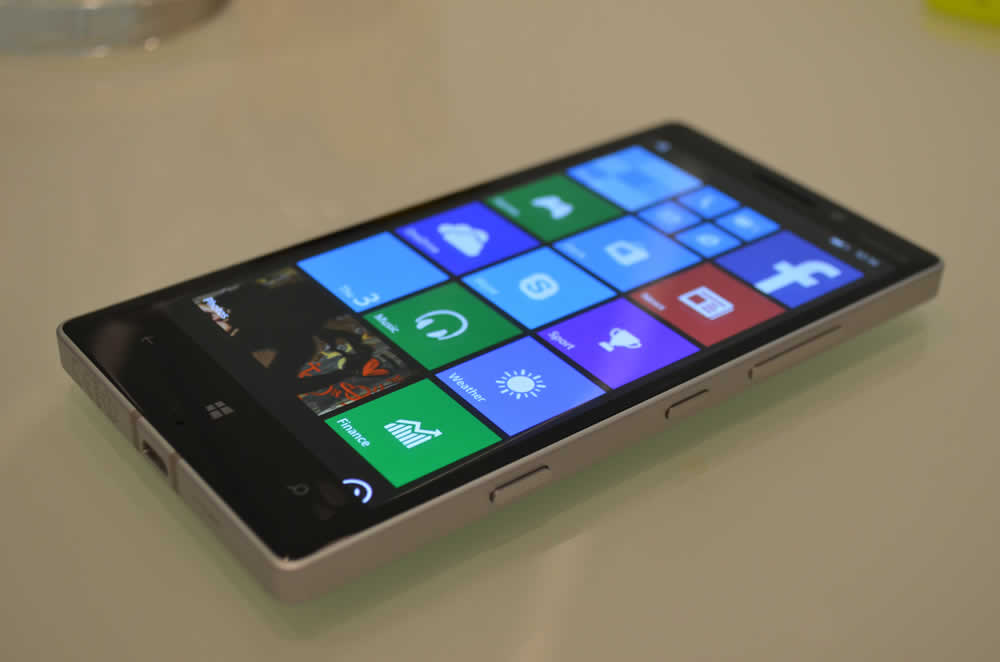 This is the latest entrant in a series of windows phones. While looking to improve in quality and experience when compared to earlier models, the Lumia 930 comes with powerful specs. They include: a 2.2GHz quad-core snapdragon processor, a 5 inch OLED full HD display, 32 GB storage and a battery capable of providing up to 15 hours talk time on 3G. 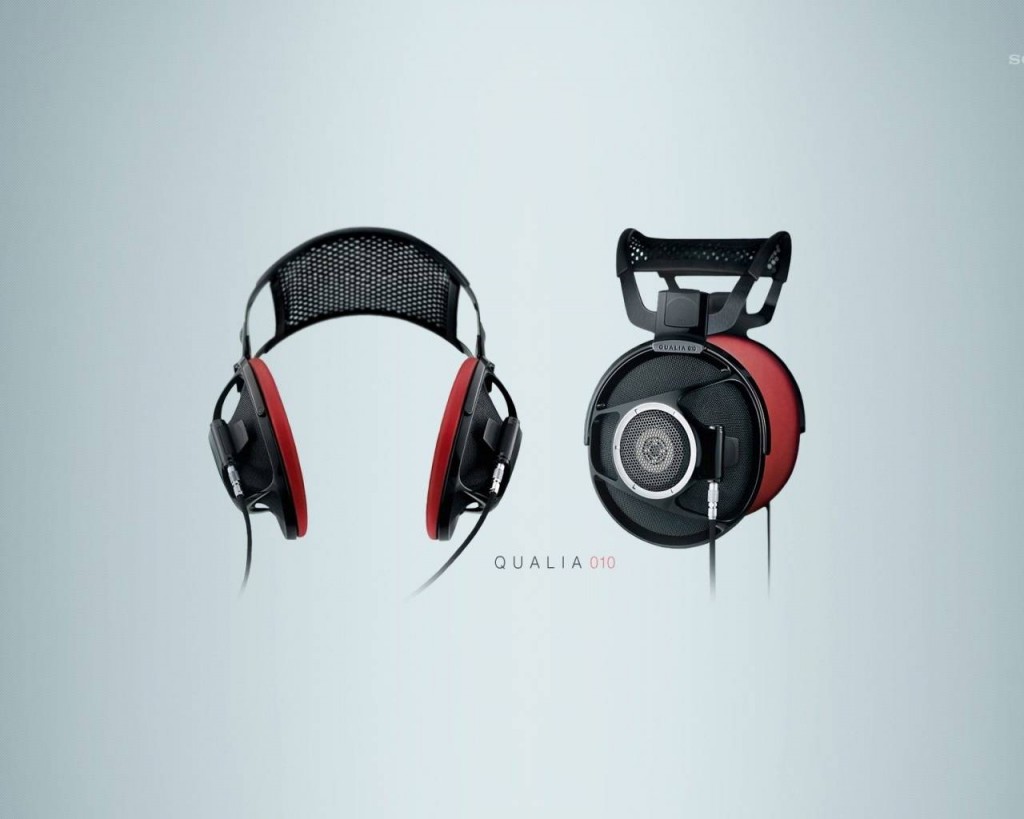 This Sony headset is arguably the best yet as it comes with a new angle to listening experience as far as headphones go. It offers a 9.1 audio experience, but all on the headphone. This is possible through creativity.

The headphones use a technology dubbed Virtualphones technology which basically uses the phone to reproduce the audio effects felt with multi-channel speakers. It further comes with a HDMI switchbox which allows users to connect to three different sources, and also supports 4K sources. 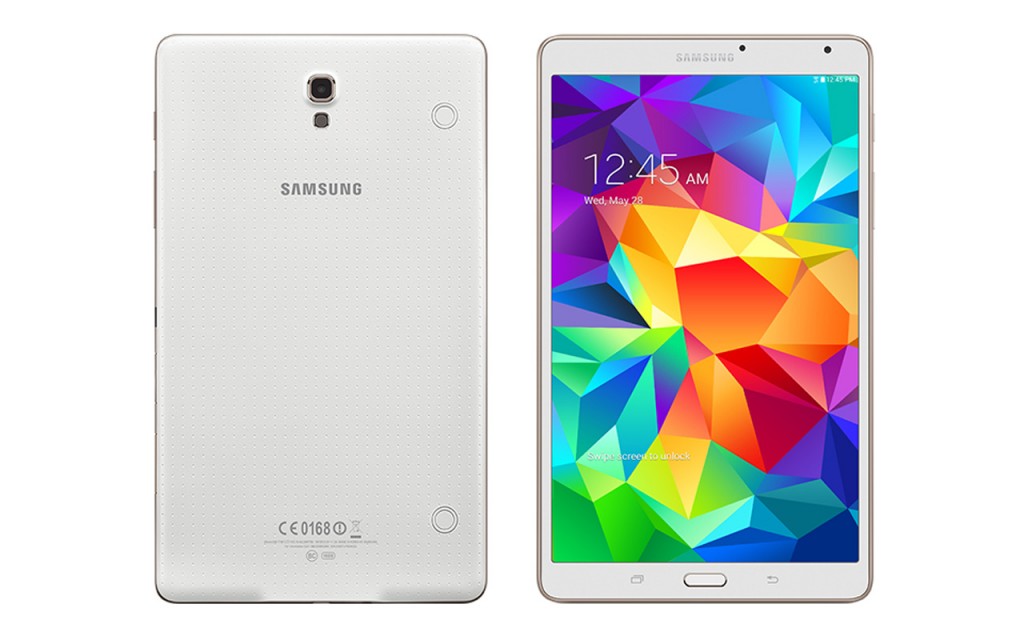 The Galaxy Tab S is Samsung's latest, thinnest and lightest tablet. It comes in two forms, with one measuring 10.5 inches and the other 8.4 inches. The tablet also comes with a WQXGA super AMOLED screen which does a great job of bringing out the color and clarity. It also comes with two connectivity options; the WI-FI or the WI-FI and LTE. It further comes with 32 GB memory which can be upgraded to up to 128 GB. For looks, buyers can choose between Titanium Bronze and dazzling white. 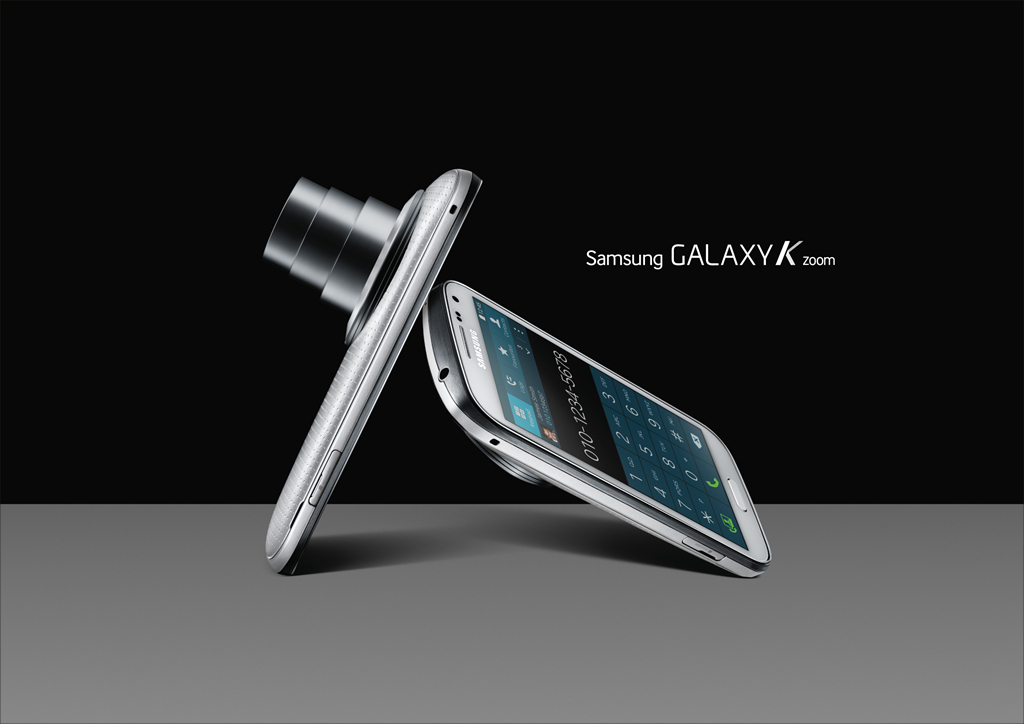 The Galaxy K zoom is an upgrade of Samsung's earlier version, the Galaxy S4 zoom. It offers the best of both, incorporating the camera that comes with professional grade lens into a one of the best smartphones in the market. The lens has a focal distance of 24-240mm and the camera comes with a BSI CMOS sensor that measures an incredible 20.7 megapixel.

The smartphone further comes with extra software and apps which allows users to perform some tricks which ordinary cameras cannot. 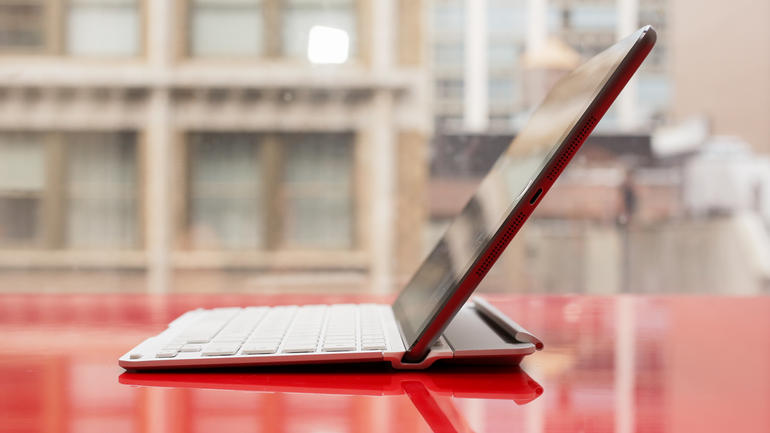 While the iPad is pretty convenient, it falls short when it comes to typing. However, this has been rectified by keyboards designed specifically for the gadget, but they too offer other problems like weight and size.
The QODE thin type however is incredibly thin and light, making it just as portable as the iPad. In addition to this, it is easily compatible with the iPad, and very easy to get used to, and is simply an ideal piece to complete your iPad. 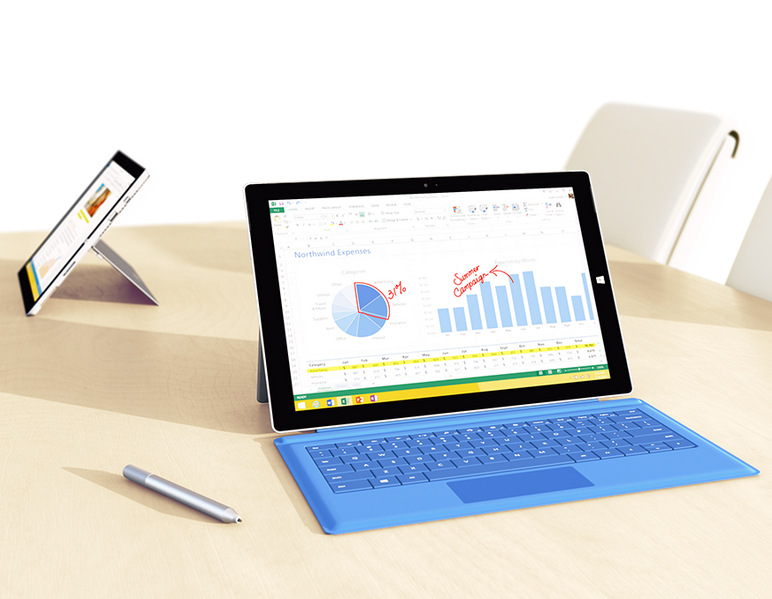 This is the latest in a series of Microsoft's window's based tablets, meant to completely replace the laptop. It comes with new features when compared to the earlier versions, but mostly improves in flaws noticed in earlier models.

It has a larger screen measuring 12.1 inches. The display is also brighter and better as it offers 2160 Ã— 1440 display with about 214ppi. The speakers are also 45% louder, a significant improvement when it comes to entertainment. The battery is capable of running up to 9 hours depending on usage, which is plenty of time to accomplish many tasks. 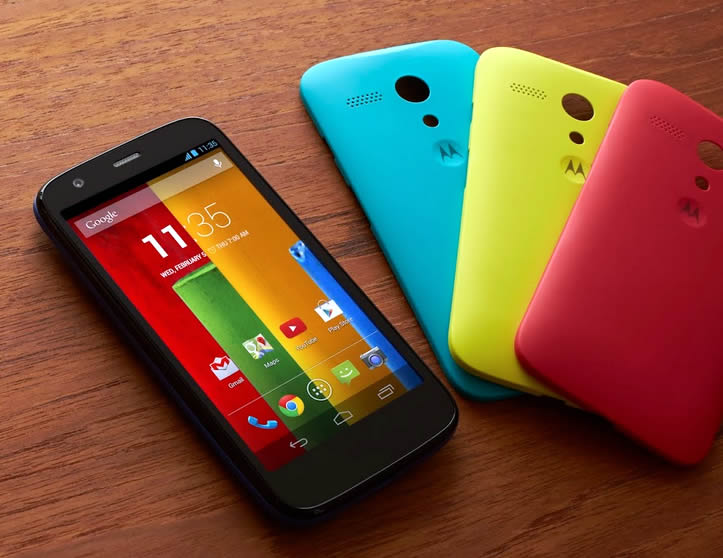 Motorola has been out of the market for a long time, and it would be engaging to see it try to carve out a piece of the bustling market for itself. However, it plans to do just this with affordable prices, but the cheap prices would make one wonder whether it offers much. It offers a lot. It comes with a Gorilla glass, with the screen measuring 4.3 inches. The screen further does great when it comes to display as individual pixels are visible to the naked eye. 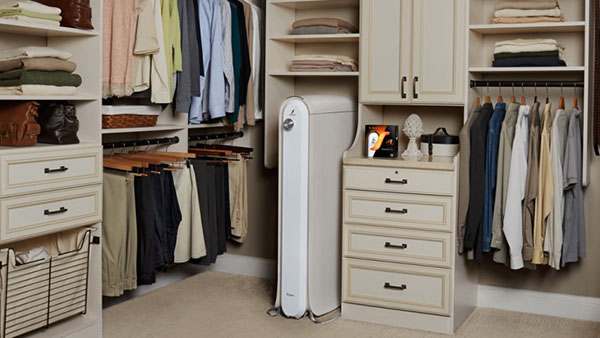 For most people, a large portion of money considered wasted goes to the dry cleaner through cloths which are not dirty but just not fresh enough for wearing. While this cost is necessary, it is not compulsory as the Swash machine is designed to do just this.

This one of a kind machine incorporates an iron and a steamer in the same package, offering comprehensive care for your clothing. It is automatic and all users have to do is put the cloth in and give it about ten minutes to iron and freshen it, giving it a great look and feeling.

The Swash machine further not only saves money, but also prolongs the life of your clothes as dry-cleaning has been shown to wear down cloths with time.