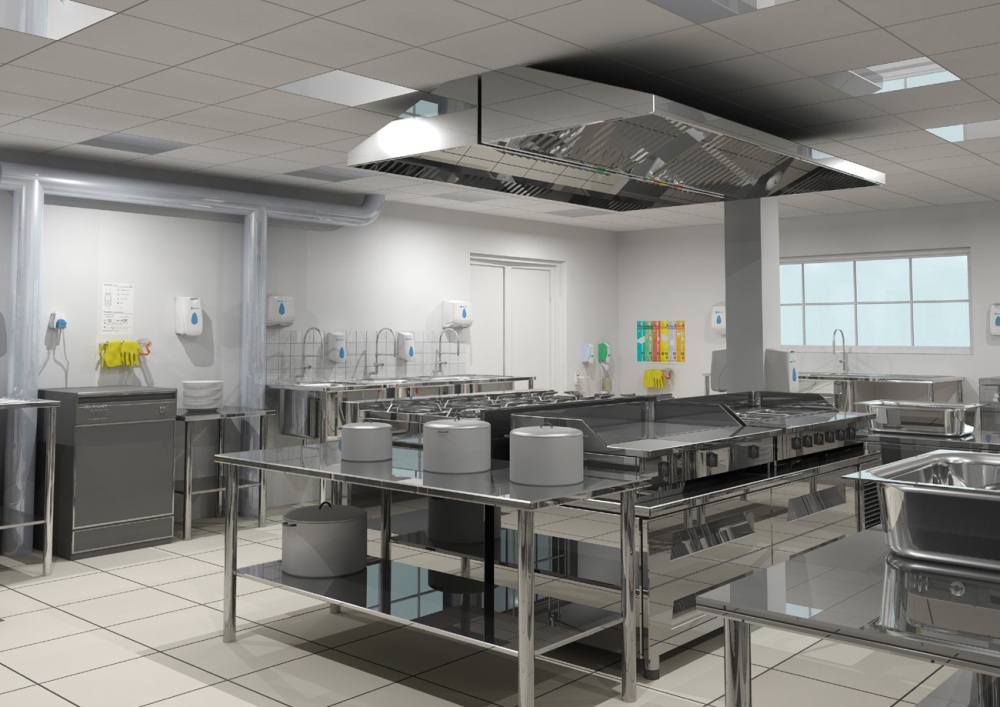 There's a hotbed of tools and technologies that are utilized in world-class, gourmet kitchens all over the worldâ€”everything from food smokers that add flavor to any food or drink, to elaborate video-conferencing systems that allow sister restaurants in other parts of the world to stay in real-time communication.

Let's take a peek at a few of these gems:

This is a very unassuming-looking, hand-held gadget that adds a quick, final touch of smoke flavoring to foods, sauces, marinades and drinks utilizing natural, cool smoke. The food smoker can add a variety of wood-chip flavors to foods, or one can substitute teas, spices, or dried fruits into the thimble-sized chamber which, then, allows any type of flavor to be infused into everything from butter to oysters to a chicken salad to a Bloody Mary. Foods that aren't normally exposed to fire or smoke can, now, be enriched with flavors that will rouse one's palate. You name it; it can be flavored or smoked!

The gadget, itself, is about the size of a typical hand-held spray nozzle one would see attached to a garden-hose. It has an elongated spigot that is capable of being used with or without a short hose, through which, the flavored smoke is emitted; and the degree of flavoring can be enhanced by covering the food item while it is being smoked, and keeping it covered a few minutes, thereafter.

To smoke baked chicken or fish, for example, the chef would remove the meats from the oven and cover the hot dish with see-through, heat-proof wrap but allow a small opening to accommodate the end of the food smoker's hose. The dish would be filled with the smoke for about 5 seconds; the paper covering would be tightly pressed to seal in the smoke and the smoked flavoring would do the rest. Within minutes, the meat is infused with a smoked essence and will taste like it came off the grill, with sheer perfection. Restaurant patrons will be amazed at the flavoring and will certainly wonder how the chef made it taste so good!

Many up-scale restaurants have grabbed technology by the tail and are utilizing what are called video-conferencing systems. These techno-communication devices allow two or more locations (in this case, restaurant affiliates) to communicate using simultaneous two-way video and audio transmissions. One French restaurant chain, located in California, New York and France, has video-conferencing systems installed in each of the restaurant's kitchens. Each system consists of a camera and large screen which shows all the kitchen's activities, instantaneously, in real-time.

If you own a restaurant and utilize this little side-kick, you'll never have to worry about refrigeration temperatures deviating from the acceptable range. Temperature sensing systems in each refrigerator utilize wireless connections with a computer system in the kitchen's main area. This high-tech gadget keeps constant vigil over all of the refrigerators' cooling systems, it displays real-time temps for fridges and coolers; and if any one of the refrigerator's temps were to deviate too far from the programmed range, staff members would receive an email warning on the computer system's screen. The restaurant's owner can even receive an alert on his email at home or on his smart phone or device.

Anymore, when it comes to restaurants, â€˜cutting edge' doesn't just refer to the blade of a knifeâ€”it refers to â€˜cutting-edge technology' that is partnering with restaurateurs all over the world whose establishments have become very savvy and sophisticated. Fortunately there seems to be no shortage of suppliers and installers like SW Equipment Care and many more.

An article published on behalf of K. Carlson. She commits to writing on a variety of subjects e.g. equipment care for restaurants, real estate, construction, etc. She is a retired educator in Nebraska.