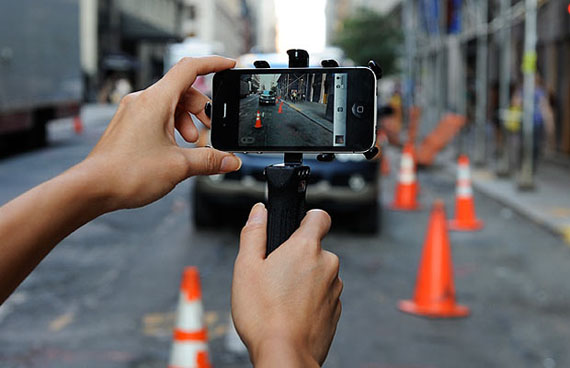 Not long ago, iPhone's maker - Apple, was granted a new patent on a new kind of camera for mobile devices by the USPTO today (via AppleInsider). This kind of camera comes with a triple lens and triple sensor design, which means that it uses three different lenses and different sensors. This is aimed at improving color capture accuracy and image resolution for those photos that are shot with an iPhone or any other mobile device. The new patent suggests future cameras on iPads and iPhones will be capable of capturing photos with significantly higher quality.

This new technology is pretty much similar to the two-sensor Apple patent that is incorporated on mobile cameras that the company applied for not so long ago. This sensor arrangement was aimed at improving a majority of mobile camera designs by using two chrominance sensors that are placed on the sides of a luminance or light sensor. The luminance sensor would then determine the light levels of the images. The chrominance sensors, on the other hand, would be dependable for accurately capturing color data. When two chrominance sensors are arranged in that manner, they are able to make up for blind spots in each other's field of view, ensuring precise color rendering for all scenes 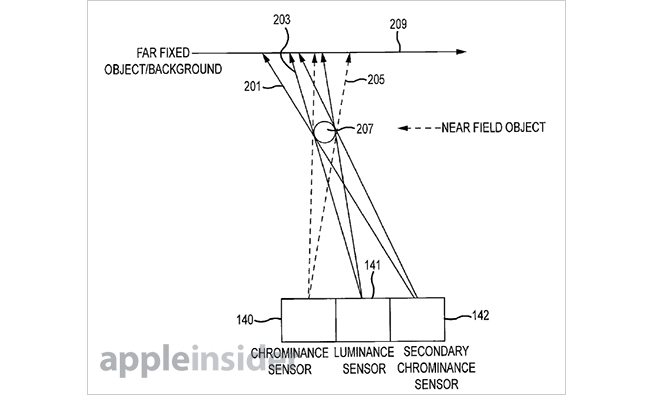 As first reported by AppleInsider, Patent No 8,497,897 describes a camera that comes with three sensors. One camera is for brightness (luminance), and the other two for color (chrominance). The utilization of the secondary chrominance enables the image processor to be able compare the data from each of them to create an image that has more accurate color. Each of the three sensors will also come with its own lens assembly. By the utilization of the three lenses, the system is able to overcome blind spots, which present a potential flaw in multi-sensor systems. With the dual chrominance sensors offset, they get to compensate for one another if a new-object happens to block the light from either one of them.

The result that is expected is for a user to have iPhone photos that not only come with much better color, but also have top-notch quality in challenging situations. The patent also describes an array of configurations of the three sensors. One of the configurations is aimed at potentially helping capture images in low light with extra chrominance data compensating for low luminance.
Just as it can happen with traditional combined sensor arrangements, color info can go missing from any part of the scene. If this happens, then the overall photo resolution will suffer as well due to lack of data. The information that is drawn from the two chrominance sensors would also be useful in correcting the distortion that is caused by the camera lens automatically. Apple patented dual-sensor imaging for iPhones that would automatically merge two separate images to correct flaws in either. When combined with the sensor design, it starts to be evident that the iPhone maker is putting a lot of effort on the imaging side of its line of mobile devices. The iPhone has a reputation of being a brilliant example of the best camera on the Smartphone market. However, competitors have started to focus on innovating their own camera designs. Nokia's Lumia 1020 is probably the most recent example.

As much as Windows Phone devices are rich with features, Apple doesn't have any worries at all. The significant camera improvement that it looks forward to do is such a good way to catch the attention of most customers with something new. Users may not have to expect similar changes to the iPhone cameras coming in the next update, but they can undoubtedly consider it an area to watch out for over the next couple of years. Should users look forward to a tri-sensor camera on the iPhone? The answer to that question is a definite yes. Even though the patent was originally filled way back in 2010, it will only find its way into the user's hands in future models.

Neeshu P is author at LeraBlog. The author's views are entirely their own and may not reflect the views and opinions of LeraBlog staff.