For budding musicians and accomplished artists alike, it's a common fact that creativity can strike anywhere. Indeed, sometimes that flash of inspiration can come at the most awkward of moments. On the bus, in a queue or even on the toilet! Thanks to the wonder of modern technology, its now possible to capture that moment of magic where ever you may be with the availability of a plethora of mobile apps for music making. Here, Liam from Dragon Audio looks at 5 of the best apps to get your fingers tapping and the beats flowing.

If you are familiar with making electronic music already, chances are you'll have heard of Propellerhead; the company behind the impressive Reason virtual studio software. With Figure, the Swedish wizards have crammed the power of two synths from Reason inside your iPhone. Compressing the Kong Drum Machine and the Thor Polyphonic Synth into 1 mobile app is no mean feat!

What’s more, you can upload your on the fly tracks to soundcloud with just one click, and you can stream audio between any other production apps on your iOS device for even more creative possibilities. Currently available for iOS only. 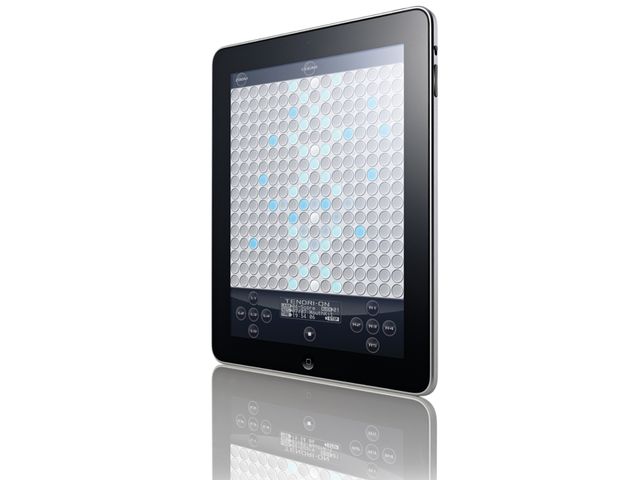 This app from Yamaha is based on the graphical interface from the super cool and futuristic Tenori-on. The Tenori-on is a wonderful device. Part modern art, part electronic musical instrument, it consists of a hand-held screen in which a sixteen-by-sixteen grid of LED switches are activated in a number of different ways to create sound. The app its self combines this unique interface with rhythm and melodies to create an inventive way to produce music. The apps creators have also added a multi screen interface to allow the user to go further than the original hardware. Another app that's currently only available on iOS. 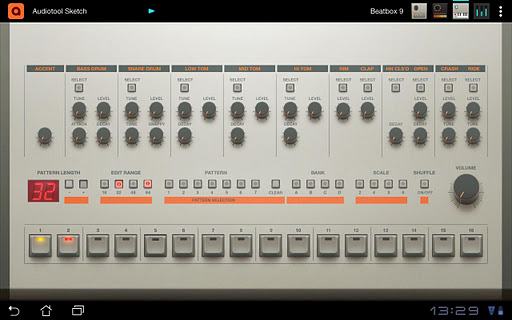 If vintage sound and hardware does it for you then you'll love Audiotool Sketch. This app allows you to sequence emulated audio from some of the same synths in its pwerful parent product, Audiotool. Featuring two drum machines, a synth, delay unit, and a mixer, this app is designed to get back to the basics of creating patterned music. By removing the need for cables, patches, and multiple software packages, Audiotool Sketch allows you to get on with the creative process where ever you might be. Available on Android 3.0 and up. 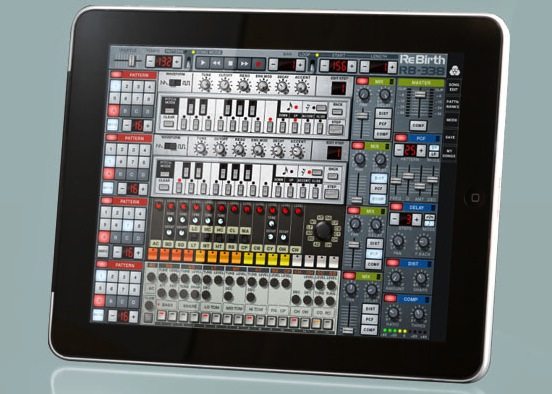 Rebirth is an app steeped in legend. The precursor to the mighty Reason, it combines 3 key emulated hardware racks that have been the pinnacle of dance music for many years. The Roland TR 808 and TR 909 drum machines have featured in tracks from Chemical Brothers to Radiohead and the 303 creates dirty, squelching acid heavy basslines such as those made famous by Josh Wink's 1995 hit Higher State of Consciousness.

If you are interested in creating retro sounding dance music or you just want to get to grips with how electronic music was produced in the 80s and 90s, then this app will keep you amused for hours and is well equipped to create a full track or impressive live performance. Available on iPad. 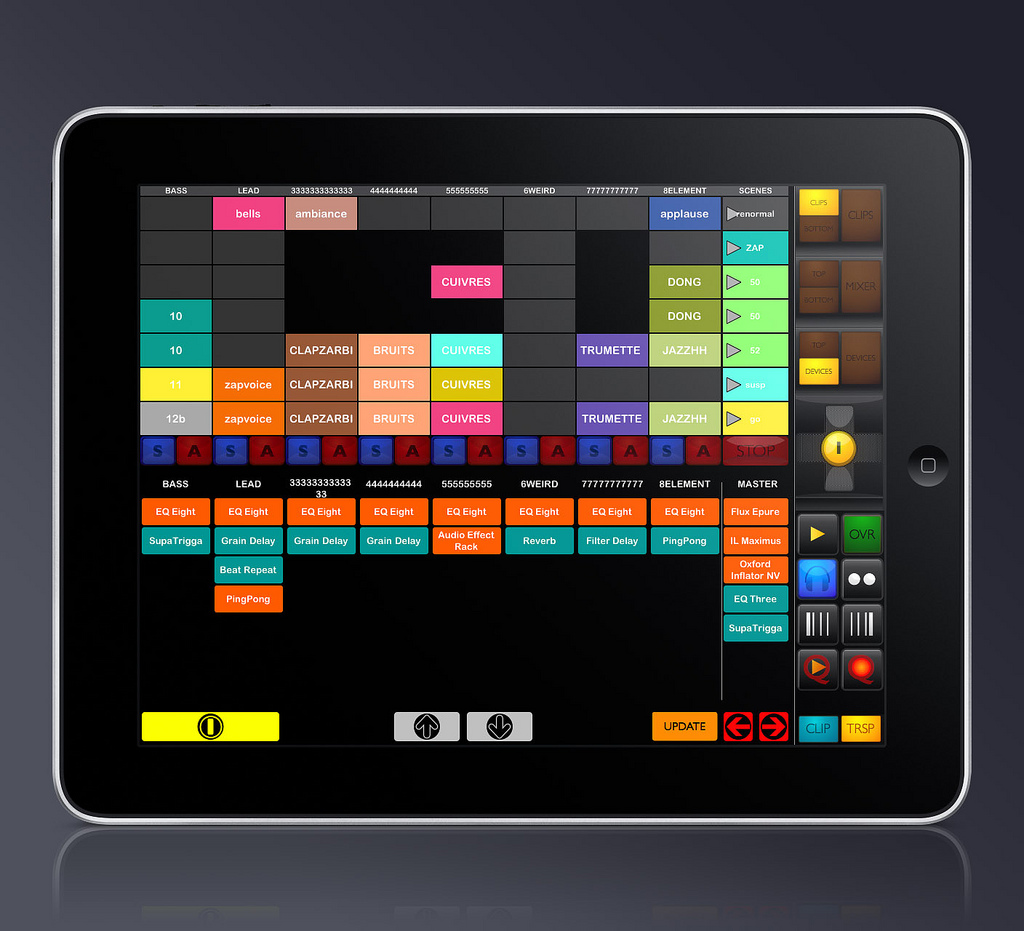 Another iPad app, this one is more for the serious producers and performers out there. Live sets for DJs and dance acts used to involve a full stage set up of heavy and expensive equipment, however most live acts now consist of a laptop or two , some decks and a mixer, and a hardware controller.

TouchAble is an iPad based interface for Ableton Live that allows you to take complete control of Live using LiveOSC and LiveAPI. Boasting a complete array of Live controls, many have touted this app as being better than a hardware controller, and it even has the capability of running in tandem with a second iPad running the same software to allow dual control of your live performance with a partner!

So there we have it, 5 apps for mobile and handheld devices that can be used to simply pass the time or to hook up to an audio interface and be used as part of a professional performance. If you’ve used any of these apps, we’d love to know.