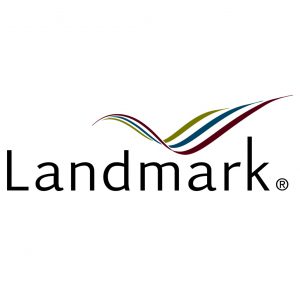 Landmark says these shifts in your life are the direct cause for a new and unique kind of freedom and power — the freedom to be at ease and the power to be effective in the areas that matter most to you: such as the quality of your relationships, your personal productivity and enjoyment of life.

I took the three-day Landmark Forum a few months back, and while I can see why not everyone would like it, it did help me to be more positive and optimistic about my current situation, which hasn’t always been easy for me.

If you mean like a hit film or tv show like The Rocky Horror Picture Show or The Big Lebowski, yes sure but if you mean steal your kids and make them shave their heads, then no. Now way. The first question I saw in a number of Landmark Forum reviews is: Is it a cult of some kind? While I do see how someone who is inclined to see it that way could have that view. But then I put that kind of thinking in the same category as Alex Jones and the anti-vaccination crowd. The imperial facts just don’t support the dangerous cult label.   Rather than telling you what to believe, they tell you not to believe what is said and ask you to think for yourself. Rather than separate you from your loved ones, they encourage you to reconcile. Rather than one guru they have a large group of coaches who don’t profess to be anything but human. I think they care about people and like your CrossFit instructor, you are not paying them to cry on their shoulder.

Tough love is probably a better way to describe the Landmark philosophy. The coaches encourage participants to look at the unvarnished truth of their lives and that’s not always easy for some people to accept. I opted not to share my personal situation, which may have been a mistake. But not everyone feels comfortable discussing their personal problems in a room with a group of strangers. That being said, I think the Landmark Forum was still a safe space. It’s important to note that I never felt pressured to share; they leave it up to each attendee whether or not they want to get in front of a microphone and tell their story. The bulk of the time available is spent learning about the concepts that Landmark offers for living life powerfully and living a life you love, which I thought was quite helpful. The rest of the time is spent with people getting coaching in front of the group of about 100 and working through their problems to hopefully come to a breakthrough. It didn’t happen every time (at least from what I could see), but many people did have genuine epiphanies that clearly made a difference.

Other Landmark Forum reviews have been critical of the program’s long days. It’s true. Days begin at 9am and often don’t wrap up until after 10pm. But I have done other workshops or conferences with similar schedules over a weekend. With Landmark there are built in breaks, including multiple 30-minute breaks throughout the day and a 90-minute dinner break where you are encouraged to go out to eat with other people in the course. During the breaks, you are also given assignments to do. I did some but not all of them since it was only a suggestion that you do them. No one was chastised for choosing to ignore the assignments.   One thing, I didn’t like was that in the classroom, you can only drink water, no food is allowed. When I asked, I was told it was in order to protect the carpet. But on consideration I am glad they have that rule. If everyone around me was eating like at a movie theater, it would have been a distraction. That being said, there is a break room where you can eat and they advise you to bring snacks. They also suggest you don’t drink alcohol or do any drugs for the duration of the course, even after hours. This too annoyed me at first. I like my wine. But I enjoyed disrupting the habit.

So What Did I Learn?

I learned that I am more judgmental than I would have admitted before doing Landmark. But I also learned that I don’t need to be and actually don’t want to be. I got to see where this comes from and I can say that I genuinely have a choice about it. Looking back, I can see that I always had a choice about being judgmental, I just wasn’t aware of it. There are other things that before, I would have told you are “Just the way I am” and now I know that is not true. It isn’t true for me and nor is it for other people.   I think after the Landmark Forum I will be taking less crap from myself and other people. But with other people I also have more patience and honestly, I am surprised to say it, more compassion for other people and what they have to deal with in their own lives.   I am glad I stuck it out and completed it. However, I can also see that Landmark is not for everyone. There are some issues in life that people need to go to therapy for. To their credit, Landmark very plainly makes that recommendation themselves—both in the form you have to sign and at the beginning of the course.

Some people got their undies in a bunch about the marketing and sales. Oddly that did not bother me. Yes, there’s some marketing involved, promoting other Landmark Forum courses and asking you to bring your friends to the follow up evening, but they are a business and that is how they sell it. If it works for you, you will likely want to bring people to learn about it.Just a final side note, Landmark Forum reviews, some much more in-depth than this one, are available widely online. Landmark seems aware of what they need to work on as a business, as you can see they are responsive to reviews across the web. My assessment, if you hear about Landmark from a friend, you can trust them and Landmark. Make the jump.