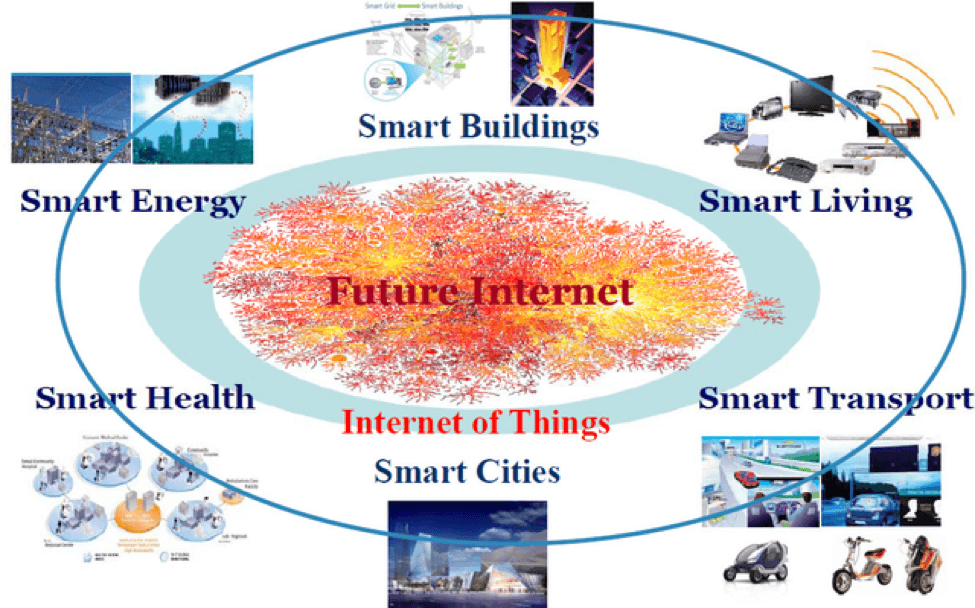 What once felt like a wild idea out from the most imaginative mind in the world is slowly but steadily becoming a reality: an interconnected society where almost every object around is part of a wide network. That’s precisely what the Internet of Things (IoT) is about: the integration of smartphones, vehicles, electronic appliances and all kinds of smart sensors through a wireless network to improve our everyday lives.

The technological advancement facilitates the use of the Internet, allowing people to use gadgets to collect and exchange data that can be analyzed and acted upon to create a new standard of living. In fact, the IoT is already impacting the way we live in, from how we drive to how we farm animals and crops. Here’s a list of 6 things that the IoT is already bringing to our societies. 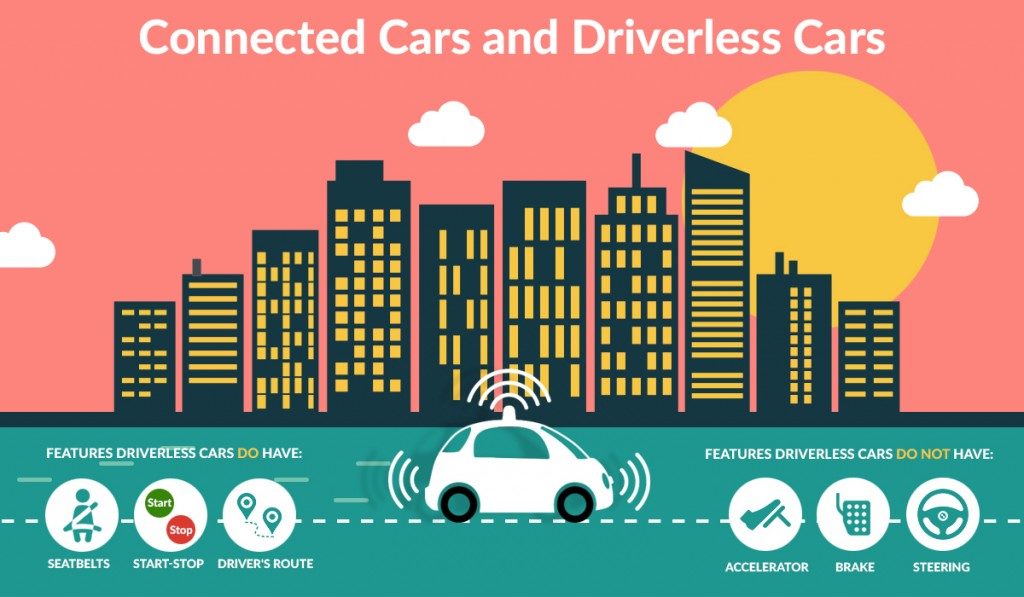 One of the things in which software development services is helping the most in the IoT world is driverless vehicles. The development of Connected Autonomous Vehicles (CAVs) and Autonomous Electric Vehicles (AEVs) aims to drastically reduce traffic associated problems such as congestions in big cities and accidents caused by human errors. The increasing presence of self-driving cars and transportation could open the door for a more organized traffic system that would offer a reduced environmental impact.

The interconnection between these vehicles and sensors laid out around the cities would make it possible to gather information about traffic in real-time, while also collecting data about pedestrians, cyclists and other vehicles on the road. All of the gathered information will be analyzed in real-time to ensure smooth traffic flow, better manage passenger demand for public transportation, and avoid potentially risky situations for cars, pedestrians, and cyclists.

All of these will result in improved traffic safety, a more convenient and pleasant transportation system that will mobilize an increasing number of people, and fewer vehicles on the road for a reduction in carbon emissions. 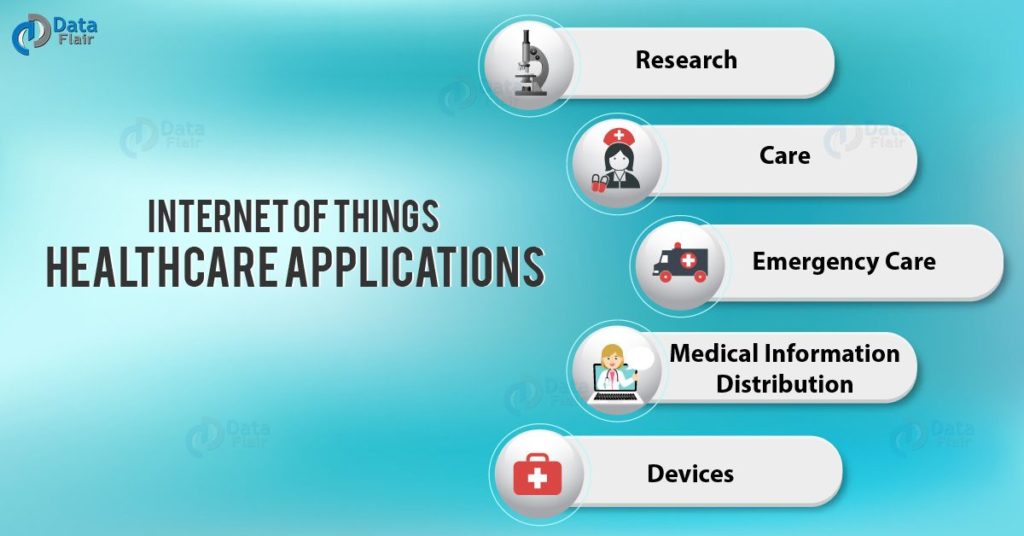 One of the most important industries where software development companies are helping the most is in the healthcare field. For one thing, the interconnection between devices granted by the IoT makes it easier for doctors across different organizations to access patients’ data and health records. But there’s plenty more. For instance, there are numerous wearable devices that track a patient’s vitals in real-time and trigger alert in case some of the readings are off.

These wearables, in combination with other monitoring gadgets installed in the patients’ homes, are a major help for the assistance of people with mobility problems or that live far away from a healthcare facility. Through them, doctors can assist them remotely by checking their data or acting whenever a patient forgets to take a medicine or doesn’t follow a certain health routine prescribed by the medic.

The IoT will also be a major help for more serious conditions and diseases. For instance, wireless sensors could track heart rates, blood oxygen saturation, temperature, and other important signs in patients with highly contagious diseases such as ebola. What’s more, the IoT is being tested to diagnose breast cancer in its early stages. By tracking temperature changes in the breast tissue and using predictive analytics to the collected data, doctors could detect abnormalities and prescribe treatments with higher success rates. 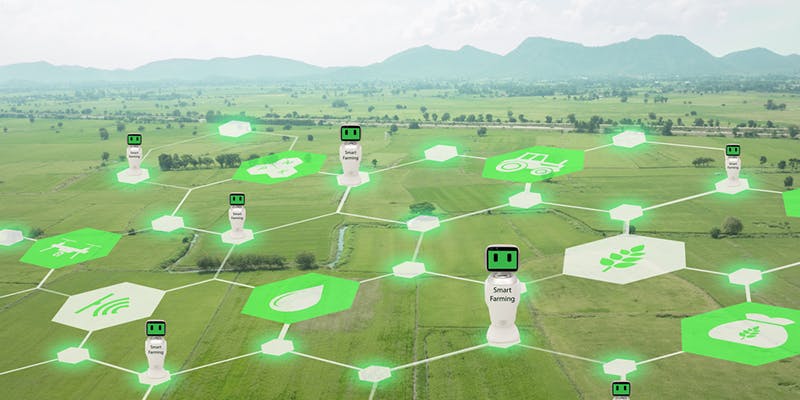 As the population keeps growing across the globe and with the climate change crisis threatening the agricultural industry as we know it, it’s only natural for companies, organizations, and institutions to resort to the IoT for more effective farming techniques. The current developments are aiming to use smart devices in fields and farms to limit water and fertilizer use, reduce waste during harvest, and improve the overall quality of the yield.

Sensors could also be used to measure real-time conditions in the soil, such as humidity levels and temperature. With that data and in combination with automated systems, farmers could control those metrics with far more accuracy, spending fewer resources and extending the shelf life of the products. Additionally, the sensors can collect data about weather patterns that can later be analyzed with predictive models to get more accurate localized weather forecasts.

That will allow farmers to make more informed decisions around the crops and their relationship with the weather. In other words, the IoT will help them decide when is the best time to irrigate the fields and when it’s a better time to harvest for optimal results. 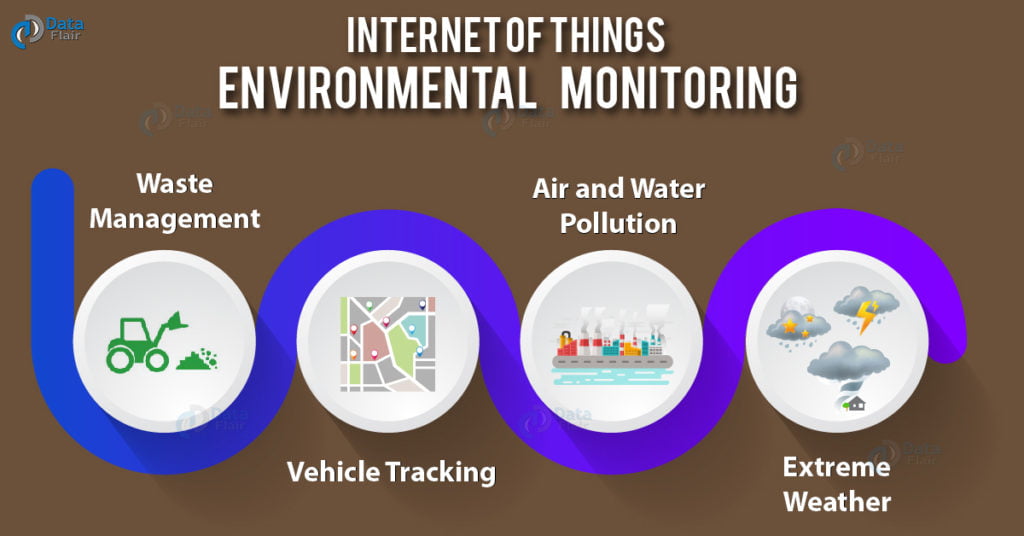 Big cities face a huge pollution problem that poisons their air and water. In fact, recent reports say that a quarter of worldwide fatalities are linked to environmental damage and pollution. No wonder cities like Delhi and Beijing are starting to use sensors as part of a public alert system that notifies citizens when pollution levels are dangerously high.

As of today, the companies that are using the outsourcing of software development to create IoT tools to fight pollution are focusing on the data collection phase. A great example is Aclima, a startup that has partnered with Google, EDF and the University of Texas to generate a map of air pollution through the use of special sensors installed in Google Street View vehicles. The goal is to identify the areas with the most pollution for decision-makers to look closely at them and decide measures that could limit the pollution levels.

The development of smart cities (more on that below) will rely on the information gathered by these sensors to better adjust itself and offer means to cut air and water pollution. 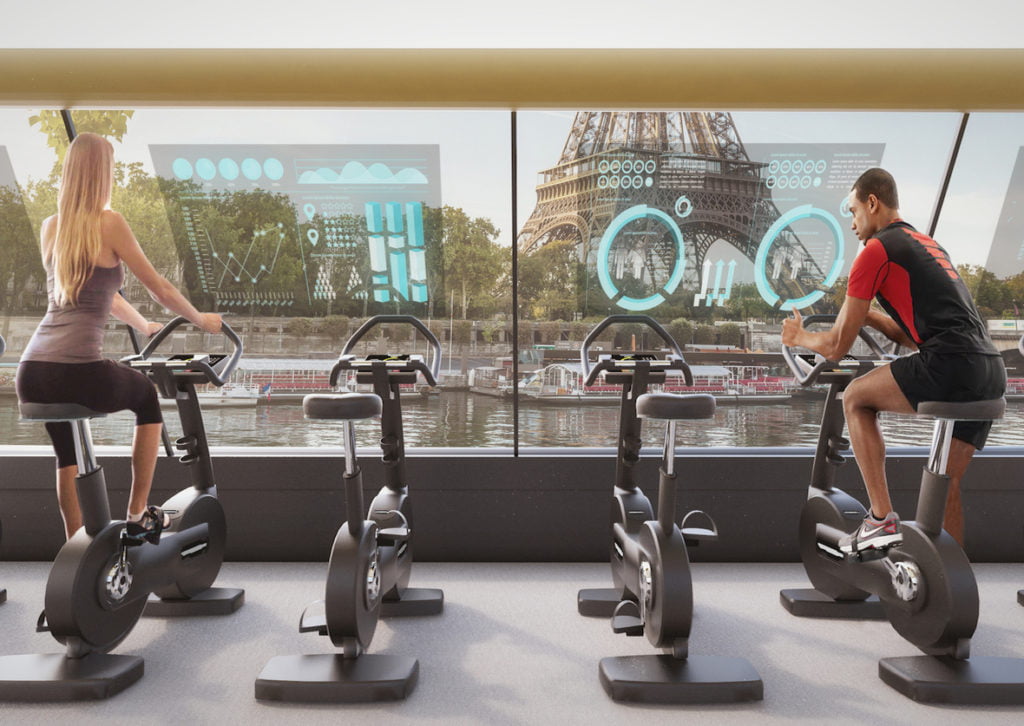 Entertainment will also benefit from the developments in the IoT world. For instance, several big teams are working on their stadiums through IoT devices to provide a more engaging experience for fans. From providing real-time stats about the match to aiding with services (like restroom availability and in-seat ordering of products), stadiums are using connected devices to bring further value for attendants.

Of course, these devices will also benefit coaches across many sports. That’s because the sensors installed in the players could feed the coaches’ digital platforms with data about stamina, strength, speed, movement, and other important factors. All of that information will let trainers make more informed decisions about the athletes’ performance and suggest ways to improve each individual through a personalized set of exercises.

All of that technology could even get to the greater public through gyms and training centers. Through advanced wearables, trainers could better understand their alums and tailor-make a training set that contemplates their weaknesses and strengths. Additionally, these systems could track movements in real-time to see if athletes are doing the exercises accurately, which will help in reducing injuries. 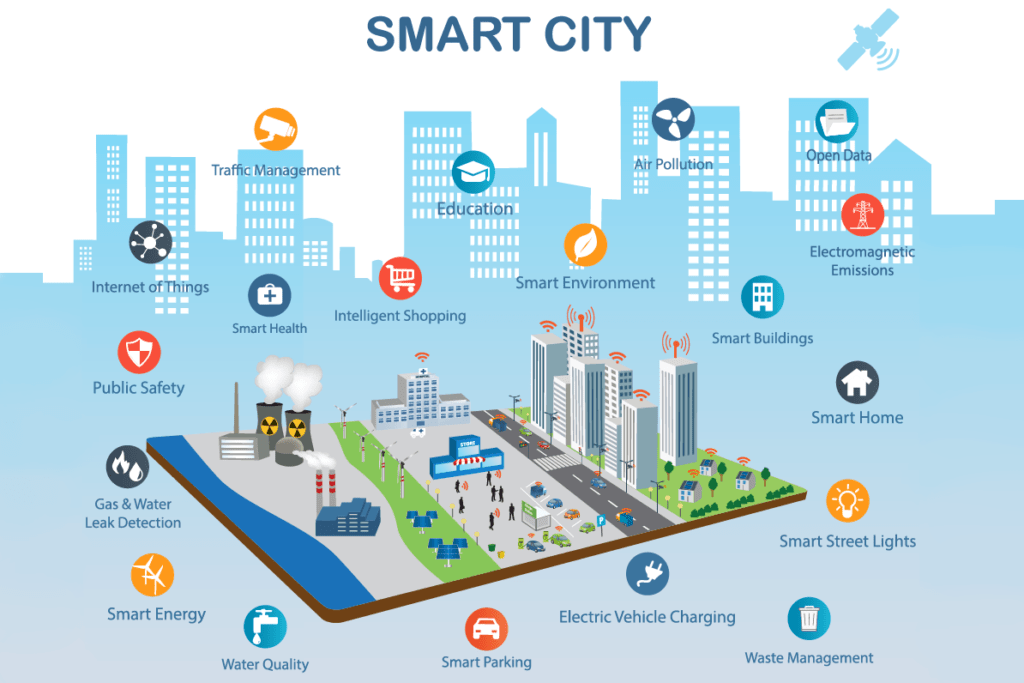 Above all, the technologies above will converge to take the cities we live to a whole new level. In fact, the ultimate goal of the IoT is to improve the lives of everyone across large regions. That’s why this interconnection of technologies will make our cities smarter in a number of ways, with the purpose of enhancing the quality of life of all citizens.

There are plenty of systems that can be powered through the IoT that can lead to that improvement. Barcelona’s use of sensors across the city provides smart water technology, automated street lighting, remote irrigation for parks and fountains, digital bus routes and smart parking meters. Chicago’s Array of Things is using a sensor network to measure air quality, climate changes, and traffic in real-time, among many other things. The collected data is open to the public, which can use it to take actions or demand changes from policymakers.

Singapore is using 3D geospatial data to collect a detailed view of entire cities. In that way, city planners can get a more insightful look into incidents like floods, traffic jams, disease outbreaks and more. Analyzing those incidents is key to develop emergency policies that can help deal better with those very same incidents in future occurrences.

These are but a few examples of how cities can use the IoT to better understand themselves and adjust to the lives and habits of their own citizens.

The IoT is gaining more and more traction with every passing week, as companies, organizations, governments and institutions are teaming up with software development outsourcing companies to come up with new solutions for modern life. Some developments are already here for everyone to see (like driverless cars and smart cities), though they are still far from widespread adoption.

However, all of these developments are marking a clear direction that society as a whole will soon follow. In fact, it’s expected that the number of IoT devices connected to the Internet will triple by 2025, a statistic that shows that there’s a collective will to use this technology for more and more developments in the near future.