New York City is not a place you can run through in a day. 24 hours may be good for any other place, but New York is a place not you just visit: you have to live it, experience it! Everybody has seen a bit of the Big Apple in all its aspects - as a place of action and happening in countless movies over almost a century; a city that was the target of terrorism when two of its most outstanding and unforgettable landmarks were erased from its magnificent skyline; as a city with a never say die spirit that was back to work almost immediately after the dastardly act. Probably the most friendly, engaging, adaptable city on the planet, with an endless list of world famous attractions: who has not "known" the Statue of Liberty, Times Square, Madison Avenue and Manhattan? So even if you have just 24 hours, there's a lot you can see and do in this city of endless wonders. 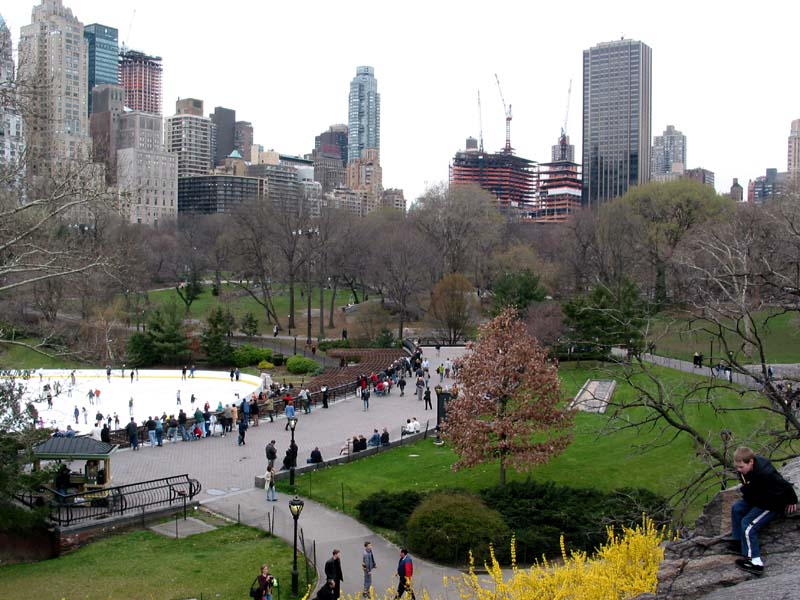 The good thing about Central Park is that you can start your day here, and end it here if you wish. With 843 acres of verdant, quiet and relaxed parkland bang in the middle of the world's most vibrant city, you can spend hours exploring its hilly terrain from end to end. Best way to see this beautiful park is on bicycle - although renting one may set you back by more than a few dollars. But it's worth it: this magnificent park, designed by Frederick Law Olmsted and Calvert Vaux is home to the Conservatory Water, where you can gawk at the model sailboats on show; the statuary at Alice in Wonderland; view Belvedere Castle from the top of Vista Rock; and one of the world's most photographed modern architectural wonders, the Bow Bridge of 1862 antiquity. Strawberry Fields also has the Imagine Mosaic, a memorial to the great rock star John Lennon, who once called New York his home. A great way to start the day!

Course around the Grand Central Terminal 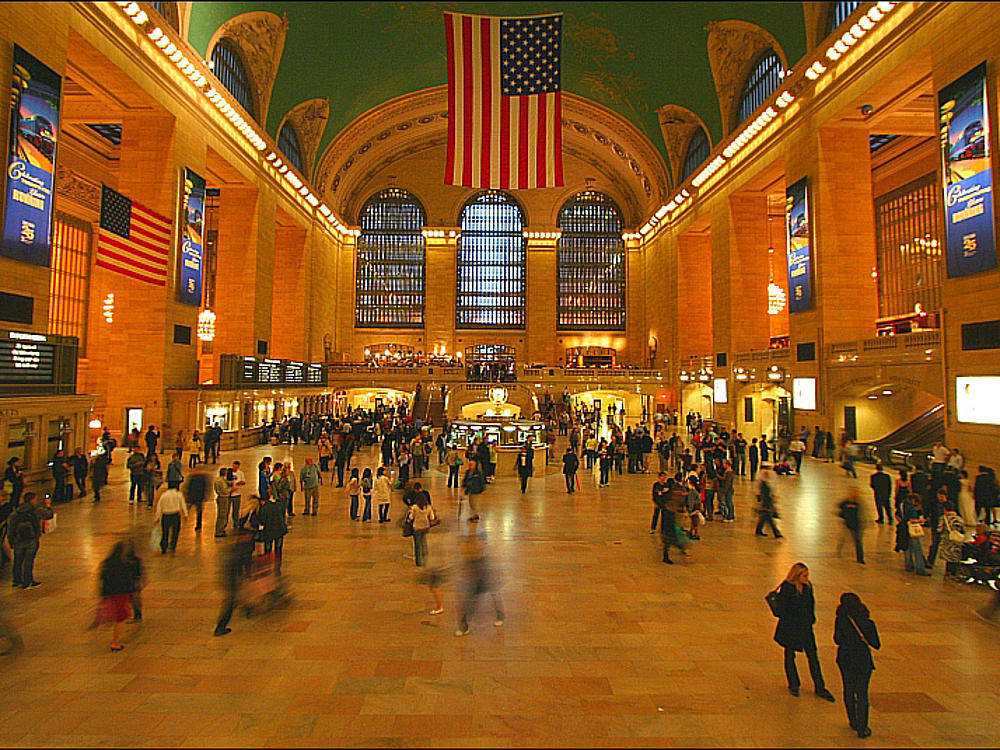 Next, a visit to what is literally a living museum: the Grand Central Terminal. Over a century old, this train depot is a live page in New York's fabled history; a monument that reflects the city's character. The fantastic mural that adorns the ceiling of the immense main concourse is worth a million pictures. Other legendary attractions here include the much vaunted Oyster Bar, famed for its Kumamotos; the plush Campbell Apartment, home to the original tongue titillating Manhattan; the Whispering Gallery; and the gourmet culinary market, not to mention the number of elevated paths that allow for spectacular vistas of the grand old terminal. You can spend all day here, if you wished to!

Climb up the Empire State Building 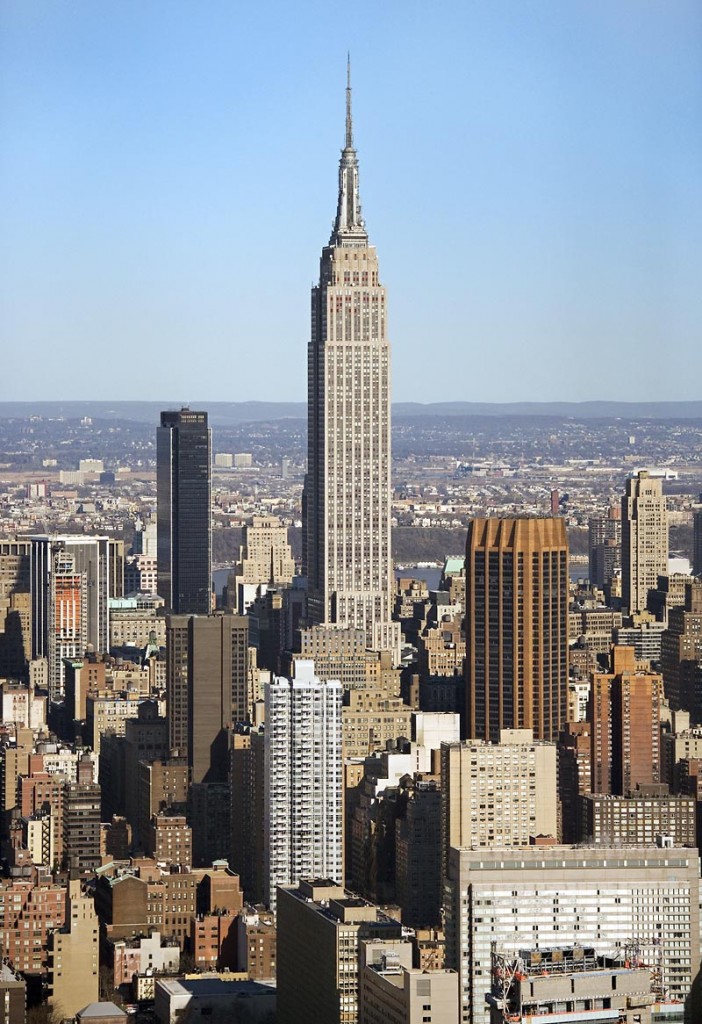 If you are in NYC and all you are 24 hours, how can you miss ESB? In a quirky twist of fate, this once tallest New York City edifice is once again its tallest building and also its grandest, rivaled only by the neighboring Chrysler Building. While the views from the 86th-floor observation are simply amazing, the vistas from the 102nd floor observation deck are guaranteed to literally take your breath away. Just be wary of the crowds, visit early or on weekdays. Tickets are expensive, but the experience is unforgettable. 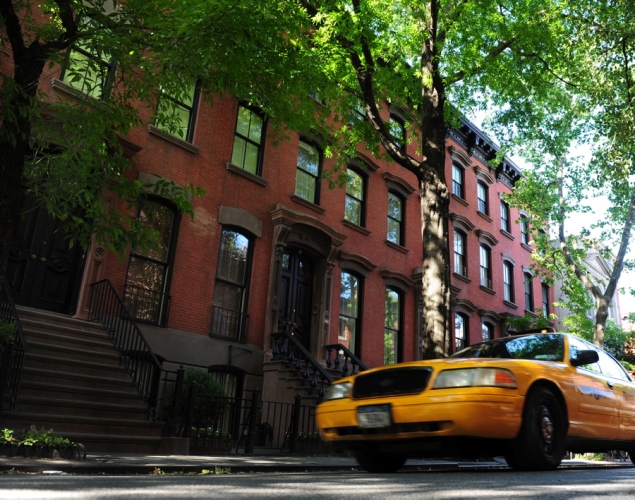 The Village is a taste of vintage New York: a quite, genteel Manhattan neighborhood of tree lined, cobblestoned avenues housing picturesque brownstone houses that stand unchanged for over a century. It's also a place where you can shop for the extraordinary on Bleecker Street and Commerce Street, or have an all American cupcake at Magnolia Bakery, or quaff your thirst with ale from a cask at Spotted Pig. Stroll past historic Jefferson Market Courthouse that was once home to the notorious Mae West.

Get a slice of life Grimaldi’s Pizzeria 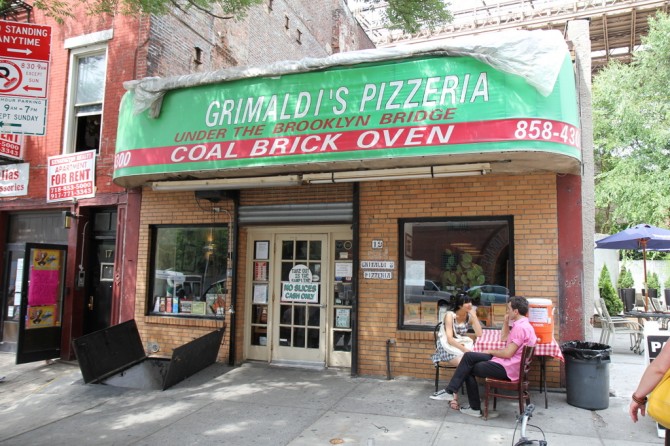 All that walking make you hungry? What better than to have a slice of New York's pizzas? And what better pizza can you find (outside of Italy, that is!) than Grimaldi's? This most famous of pizzerias is a New York landmark, nestled under the shadow of the Brooklyn Bridge and providing amazing views of Manhattan, along with some of the juiciest, tastiest pizzas from its coal burning ovens. A true blue gourmet experience of New York's Italian connection, said to have been the epicurean indulgence of New York's very own legend Frank Sinatra!

Here's another list explaining other things to do in New York City in 24 hours. Check it out for further reference.