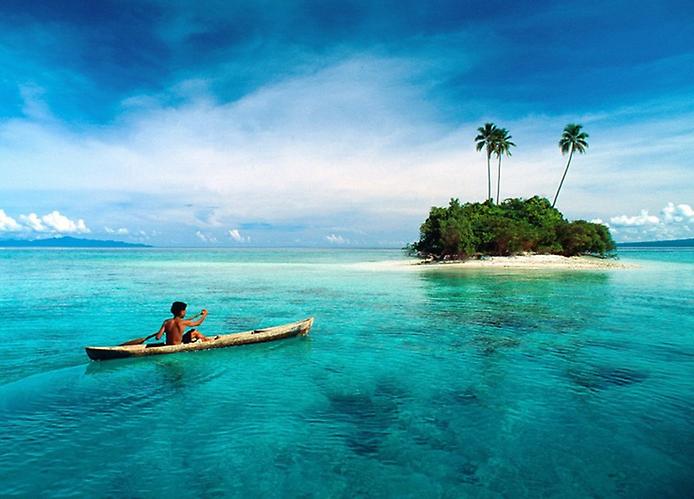 Solomon Island and its history associated with World War II have always fascinated people from different walks of life. In fact, the same history also attracts treasure hunters to the island. Located in the South Pacific, Solomon Islands is a home to many World War II wrecks and as per a legend it is believed that the Iron Bottom Sound of the Island has concealed a lot of gold.

As per the story, a wartime Japanese ship that had a lot of gold in it is lying deep down in the wrecks of Solomon Island. The best part is that sea surrounding the island is having around 50 US, Australian and Japanese warships and thus searching that one ship is not a piece of cake.

Alfred Sasako, former Solomon Island MP and journalist wrote something about the treasure in a Fiji based Island Business. As per the writing, there were two groups hunting the gold. The first group had the following people:

Some of these people were also armed with machine guns. Further as per the story, the second group of some locals of Solomon and foreigners were believed to have found the gold. However, the second group refused to disclose and share the treasure, until the Government agreed on a 50-50 deal.

Story of a Survivor Adding to the Rumour

During the war, the Japanese warship that allegedly had gold in it was bombed while it was sailing past the Santa Isabel Island. However, the ship had a few survivors and one of them was a local man working as a cook. Alfred Sasako said that while this respective cook was passing through the last stage of his life, he told the treasure secret to his son.

“You will find steel boxes lining the hold of the boat lying in 50-60 metres of water”, these were the last words of the cook. As per Sasako, these last words helped the son in getting gold bars that weighted around 12.5 kilograms each. The Government is trying to get hold on the son so as to know the location of the treasure wreck.

In addition to the mystery of the wreck having gold, there is a question that why the Japanese carried such a great amount of gold with them on the war? This question is yet to be answered. No one knows that what made the Japanese risk their gold that they collected after conquering various nations. Was it a foolish step or something big was cooking in their minds? The mystery continues.

The Rumour and Tourism

Solomon Island is undoubtedly a beautiful tourist destination, but it's not just the splendour of the place that attracts people from round the globe. This story of the treasure is an equal contributor to the tourism of the Island. There are tourists who visit the place just because they believe that there is treasure amidst the wrecks, and they want to try their luck out. Be it any reason, the island always enjoys great tourism. For provide comfy accommodation to their tourists, the island has many grand hotels and one such is King Solomon among the most famous hotels in Honiara, Solomon.

Hence, if you too are excited to explore this place and need a trip full of adventure then Solomon Islands is the place to explore.

ZeffAustin is author at LeraBlog. The author's views are entirely their own and may not reflect the views and opinions of LeraBlog staff.